Loving our enemies might seem impossible, but it’s central to what it means to be a Christian. Lois Tverberg expands on Christ’s most challenging command. 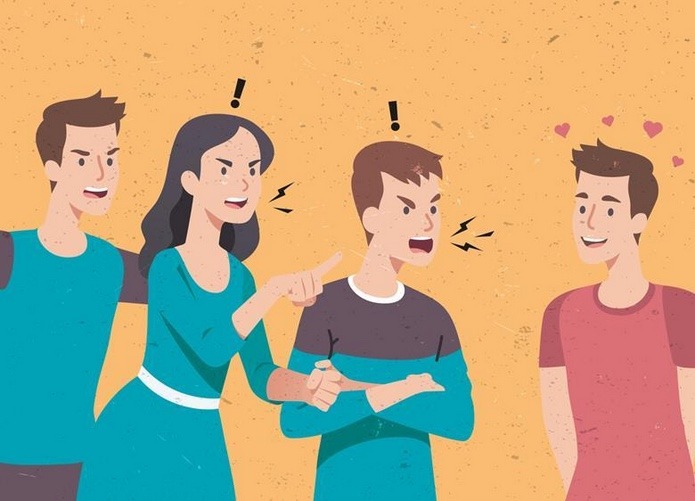 Some of Jesus’ teachings were quite similar to those of other rabbinic teachers of his time. There was, however, one major theme that was entirely unique to him. Not only was it radical, it was central to his teaching about the kingdom of God and his mission as the Messiah.

“You have heard that it was said, ‘Love your neighbor and hate your enemy.’ But I tell you, love your enemies and pray for those who persecute you, that you may be children of your Father in heaven. He causes his sun to rise on the evil and the good, and sends rain on the righteous and the unrighteous” (Matthew 5:43-45).

“Love your enemy” is probably the most difficult command Jesus ever gave and, even for us today, it might seem impossible. But understanding it in its context is critical for grasping the implications of Jesus’ ministry and our calling as members of his kingdom.

Scholars used to wonder who Jesus was quoting when he said “Love your neighbor and hate your enemy”, because it’s not actually found in the scriptures or in normative Jewish teaching. When the Dead Sea Scrolls were discovered in 1946, they revealed that the Essenes (an ancient Jewish sect) actually did teach this. They took an oath twice daily “to hate forever the unjust and to fight together with the just”. They referred to themselves as the “Sons of Light” who shared an “eternal but concealed hatred of the men of the Pit” as they awaited the Day of Vengeance – the great war when they would destroy the “Sons of Darkness”.

Like many, their understanding from the scriptures was that God would send the Messiah to establish God’s kingdom on earth by destroying his enemies. God’s enemies were not just the national enemies of Israel, but all sinners. Many passages in the Old Testament equate sinfulness with being God’s enemies, such as: “For surely your enemies, O Lord, surely your enemies will perish; all evildoers will be scattered” (Psalm 92:9). They felt that if they should hate God’s enemies, the sinners of the world, they must be among the righteous.

Jesus’ understanding of God’s love for sinners was part of his challenge to the common belief about the Messiah. Most believed that he would be a warrior king who would liberate God’s people from their enemies. In ancient times, kings acted as the supreme judge of their land, charged with establishing justice within their kingdoms, which they did by putting bullies on trial and convicting them.

One of the titles of the Messiah that was most strongly linked to the role of judge was the “Son of Man”, because, in Daniel 7:10 and 13-14, it speaks of the Messiah being led into the heavenly courtroom, where the book of judgement was open, and being given authority by God to reign over and judge humanity. Several New Testament passages also speak about the Son of Man as judge, including John 5:27: “He has given him authority to judge because he is the Son of Man.”

Often Jesus referred to himself as the “Son of Man”.He also used the term to speak about the coming judgement: “For the Son of Man is going to come in his Father’s glory with his angels, and then he will reward each person according to what they have done” (Matthew 16:27). However, he consistently spoke of this as a future event, and stressed that now was the time of God’s mercy.

Shockingly, Jesus uses the title “Son of Man” to show his authority to forgive sins as well. Before healing a paralysed man, Jesus said to his sceptical onlookers: “Which is easier: to say, ‘Your sins are forgiven,’ or to say, ‘Get up and walk’? But I want you to know that the Son of Man has authority on earth to forgive sins” (Luke 5:23-24). Jesus is the messianic judge with the capacity to forgive or condemn, and he used his power to forgive.

Everyone thought that the Messiah was going to destroy God’s enemies, but Jesus was establishing God’s reign on earth by showing God’s love for his enemies instead. As their king, he would suffer personally for their sins and purchase their forgiveness. Paul says this very thing: “But God demonstrates his own love for us in this: while we were still sinners, Christ died for us…For if, while we were God’s enemies, we were reconciled to him through the death of his Son, how much more, having been reconciled, shall we be saved through his life!” (Romans 5:8,10).

THE KINGDOM OF MERCY

Ironically, the only people that would find a forgiving Messiah appealing were the sinners themselves. When prostitutes and tax collectors heard about a Messiah who didn’t bring judgement but rather forgiveness, it must have been the greatest news in the world to them.

The rest of his listeners must have felt just the opposite. As the victims of Roman oppression, many of them saw themselves as the righteous ones who longed for vindication. They yearned for a Messiah who would defeat their enemies, rather than forgive their sins and demand they forgive others.

The most profound thing about the merciful kingdom that Christ proclaimed was the message about God. The ancient world believed that the gods of the nations battled against each other to gain supremacy, but the true God came to suffer and die for the sins of his people instead. This God was one of mercy and love, who wanted sinners to be forgiven rather than destroyed in judgement.

To truly grasp the kingdom message of our Messiah, we must be fully aware of our own sinfulness and willing to ask for forgiveness, and forgive those who have wronged us as well.

This article is from Lois’s March 2022 “Decoding the Bible” column in Premier Christianity Magazine. Read more of her articles at the link.