In explaining the connection between the Old and New Testaments, Lois Tverberg unpacks why the resurrection of Jesus really does change everything (Published in Premier Christianity – May 2022) 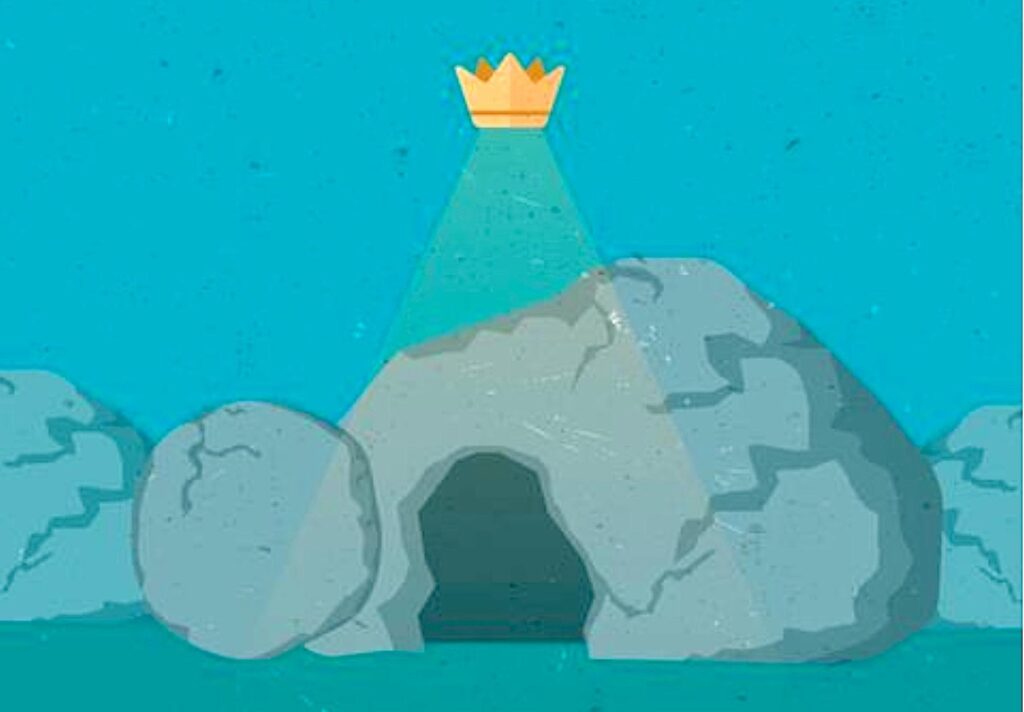 With Easter so recently over, we are still basking in the glow of the resurrection. And as our dreary gardens revive with new lush green growth, nature reminds us daily that because Christ has defeated sin and death, we, too, can have new life. But how does the resurrection bring God’s promises to their culmination? You might be surprised if you look a little more closely at the text.

If you confess with your mouth Jesus as Lord, and believe in your heart that God raised Him from the dead, you will be saved (Romans 10:9).

You might think other remarkable facts about Jesus’ life would be important to establish his messiahship, such as his miraculous birth, the miracles he performed or demons calling him the “Son of the Most High God” before he cast them out (Mark 5:7). But these details rarely come up, because they all pale in comparison to the single, defining event of the resurrection. We see this when Paul writes to Timothy:

Remember Jesus Christ, risen from the dead, the offspring of David, as preached in my gospel (2 Timothy 2:8).

New Testament writers often refer to King David when they’re talking about Jesus as the Messiah, as Paul does in the quote from 2 Timothy above. You also see this in the very first sermon that Peter gave at Pentecost. He quotes Psalm 16:10: “you will not abandon me to the realm of the dead, nor will you let your faithful one see decay.” He then notes that the author of this psalm, King David, died nonetheless, yet his descendant, Jesus, did not:

Fellow Israelites, I can tell you confidently that the patriarch David died and was buried, and his tomb is here to this day. But he was a prophet and knew that God had promised him on oath that he would place one of his descendants on his throne. Seeing what was to come, he spoke of the resurrection of the Messiah, that he was not abandoned to the realm of the dead, nor did his body see decay (Acts 2:29-31).

Later, in Antioch, Paul preached a very similar sermon, again stressing the resurrection of Jesus and how it contrasts with the death of King David (Acts 13:26-41).

Why this recurring motif? Because the resurrection is the final piece of the puzzle needed to fulfill God’s promise to King David about the coming messianic king:

When your days are over and you rest with your ancestors, I will raise up your offspring to succeed you, your own flesh and blood, and I will establish his kingdom. He is the one who will build a house for my Name, and I will establish the throne of his kingdom for ever. I will be his father, and he shall be my son…Your house and your kingdom shall endure for ever before me; your throne shall be established for ever (2 Samuel 7:12- 14,16).

God had promised to send a king who would be a son of David, who would reign over the whole world and whose kingdom would never end. One basic fact should be apparent here: a king can’t reign over an eternal kingdom if he’s dead! 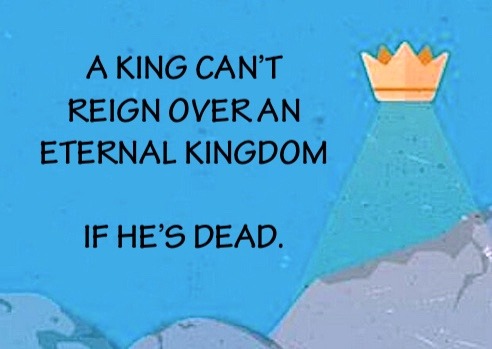 Every Gentile king in the ancient world claimed he was a son of the gods, chosen to rule by divine authority. Augustus Caesar had proclaimed a “gospel” of himself as the divine savior of the world. Even King David, Israel’s greatest king, had died and decayed in the grave!

All the self-advancing messianic pretenders and Caesars who claimed divinity were proved false the day they died. This is frequently noted by Israel’s prophets:

With whom, then, will you compare God?
…He brings princes to naught
and reduces the rulers of this world to nothing.
No sooner are they planted,
no sooner are they sown,
no sooner do they take root in the ground,
than he blows on them and they wither,
and a whirlwind sweeps them away like chaff.
(Isaiah 40:18, 23-24).

This must have been quite a stunning idea to Isaiah’s listeners. A king could build up a vast dominion and amass powerful armies. He could construct imposing cities and mold an entire nation to his desires. But the minute he died, his nearly god-like regime would end and all his glorious plans would crumble. Isaiah taunted the king of Babylon, the most powerful king on earth at that time, with a similar refrain:

The realm of the dead below
is all astir to meet you at your coming…
all those who were kings over the nations.
They will all respond, they will say to you,
‘You also have become weak, as we are;
you have become like us.’
All your pomp has been brought down to the grave,
along with the noise of your harps;
maggots are spread out beneath you
and worms cover you. (Isaiah 14:9-11).

Even the greatest of kings – even the king of Babylon, even David! – died, were buried and decayed. But God’s anointed king, the Son of David who would reign eternally, conquered death by rising from the dead. That’s why the resurrection is so often tied together with proclaiming the good news that God had declared Jesus to be the Christ, God’s anointed Messiah:

The gospel he promised beforehand through his prophets in the Holy Scriptures regarding his Son, who as to his earthly life was a descendant of David, and who through the Spirit of holiness was appointed the Son of God in power by his resurrection from the dead: Jesus Christ our Lord (Romans 1:2-4).