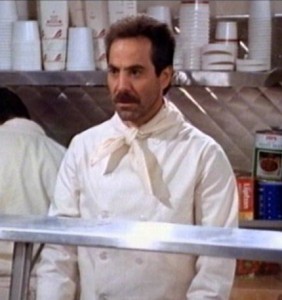 Do you remember the classic Seinfeld episode where he and his friends discover a great soup restaurant that is owned by short-tempered man? People line up down the block to order take-out, but if they annoy the owner in any way, he barks, “No Soup for You!” and sends them away empty handed. So Seinfeld’s friends nickname him the “Soup Nazi.”

Check out this clip or watch it below…

This episode was actually based on a real restaurant in New York City that was owned by an Iranian man who was as grumpy in real life in as the character was on the show.

While I’m sure the “Soup Nazi’s” bellicose attitude is over the top, what I found intriguing was a Middle Eastern habit that he has that dates back to New Testament times. When he gets annoyed with people, he forbids them from something. In a burst of outrage, he declares that they won’t have their favorite soup for a day, or even a year!

This seems to have been a common way of venting your disgust in ancient times. People would explode with, “Corban what I would eat with you!” or “Corban be my legs that would walk with you!” “Corban be my mouth that speaks with you!” The word corban means “dedicated,” and it implied that something would be vowed as a gift to the Temple. It didn’t literally mean that the item would be given — just that it was prohibited for whatever purpose that was named. But because it was an oath, to violate it would be a sin. The person was, in effect, vowing before God not to eat or walk or speak with someone else.

Laws about Vows in Judaism 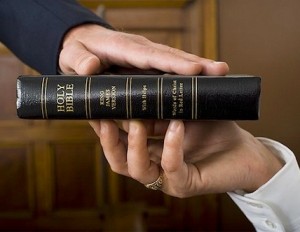 There is actually a lengthy discussion in rabbinic literature about whether or not vows like this were binding. After all, the Torah said, “When a man makes a vow to the LORD or takes an oath to obligate himself by a pledge, he must not break his word but must do everything he said.” (Numbers 30:1)

The rabbis took the fact seriously that a person had invoked a commitment to God, and they discussed whether a person was always bound by it. But what about when it’s obviously rash or will cause them to sin in some way?

Jesus weighs in on this discussion. You might recognize the word “corban” from a time when he scolded some opponents for their ruling on this issue:

Christian interpreters have read this passage as if the Jewish leadership was encouraging people to vow their possessions to the Temple so that they could profit by it, leaving impoverished families behind. But much more likely, a hot-headed young man was arguing with his parents and shouted, “Corban what I would give you when you are old!” The lawyers were debating whether the man was obligated to keep the terrible oath he made, and apparently some thought he was.

Hillel and Shammai both Agreed with Jesus

A common conclusion is that Mark 7 shows how opposed and separated Jesus was from Jewish law of his time. But if you look in the Mishnah,1 the rabbis recorded there actually took Jesus’ side. Listen to this discussion between the disciples of Hillel and Shammai, who lived right around Jesus’ time:

A man spots a crowd of people eating figs from his trees and shouts, “Corban to you!” What if his father and brothers are in the crowd? The disciples of Shammai ruled, “Everyone is prohibited from eating the figs except his family.” But the disciples of Hillel ruled, “No, everyone is permitted to eat the figs.” (Mishnah, Nedarim 3:1) 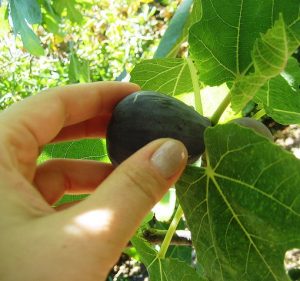 When the tree owner shouts “Corban to you,” he’s not vowing to give his figs to the Temple. What he means is “Get your cotton-pickin’ hands off my figs! As God as my witness, you’re not allowed to eat them!”

Then he discovers that his own family members were among the crowd. Are they now forbidden from eating the figs? The Shammites said they weren’t, although everyone else was. But the Hillelites saw the whole vow as frivolous.

Interestingly, neither group considered the possibility that the “Fig Nazi” could prohibit his family from what was rightfully theirs. Later on, rabbinic law explicitly ruled that one could not make a vow that overrides one’s obligation to “honor your father and mother” (Mishnah, Nedarim 9:1). The rabbis actually invoked the same commandment that Jesus did to explain their reasoning!

Seeing Jesus’ words in context shows that he was part of wider conversation going on. His words in Mark 7 about corban must have been in response to a group that was excessively strict. Jesus was arguing against their ruling, not condemning and rejecting rabbinic interpretation as a whole. He was taking part in a larger debate, which ultimately decided to go his way.

This is a good lesson for those of us who read Jesus’ arguments with other teachers as if they represent Judaism as a whole. Often our accusations are quite unfounded — and we need to study his Jewish context in order to know that!

1 The Mishnah is the record of the oral interpretation of the Torah when it was set in writing about 200AD. While there is a time gap between it and the life of Jesus, it contains discussions and opinions from several hundred years earlier. In the 1970’s, some scholars argued that it is too late to use for studying the Gospels, but the consensus has shifted more recently. More about this debate in this article.

Hillel and Shammai both died before Jesus began his teaching ministry. Their schools of disciples, however, were his contemporaries and persisted after his death, and their debates form the core of rabbinic interpretation. It’s possible that Jesus’ argument was the origin of this ruling, by influencing the opinion of others around him.