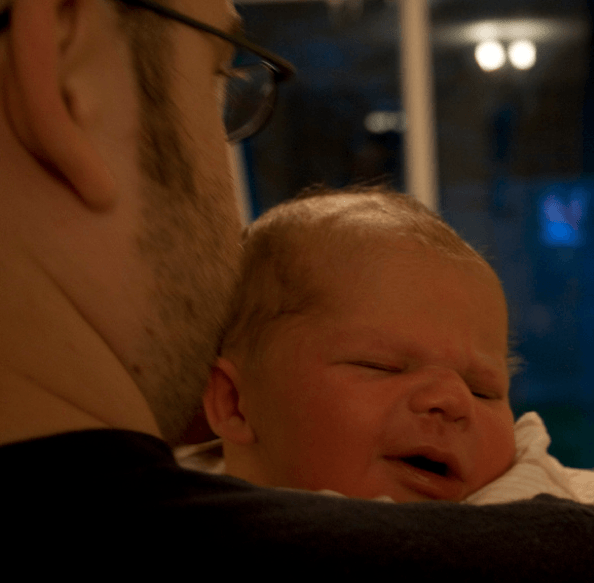 It’s Father’s Day, and articles fill the internet about men who defied the masculine stereotype of being tough, distant workaholics.

Changing diapers. Working at home. The world is a very different place nowadays than it was a few decades ago.

The last place that many would look for inspiration for modern fatherhood is the Old Testament. If anything, many feel that the Old Testament would be more embracing if it was cleansed of the maleness of God. If God neither male nor female, shouldn’t pronouns that refer to God be as neutral as possible?

It’s often been pointed out that when God is called El Rahum (“compassionate God”), the word for “compassion” is related to that for “womb.” So is God being described as female, as having a womb?

No, actually. The problem here is our Western cultural assumptions about male and female. A couple verses about the fatherhood of God in the Old Testament reveal what’s going on. 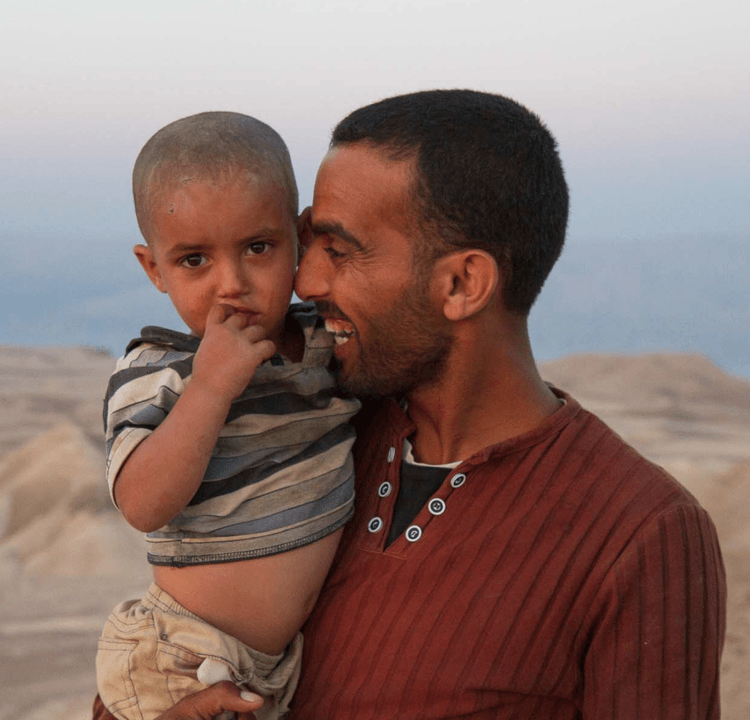 In this verse we see that same “womb” word for compassion that describes God is being applied to men. Of course fathers are compassionate. Fathers are fully capable of showing gentle, loving care to their children, and God is nurturing as any earthly father is.

In the Middle East, fathers are very involved with their families and often carry their children in their arms. It’s us in the West who have decided that masculinity, by definition, must be that of a tough, solitary cowboy. Then we assume that our distorted male imagery applies to God too.

Deuteronomy 1:31 also illustrates Middle Eastern fatherhood beautifully. There, Moses reminds Israel of the loving protection God showed them as he led them out of Egypt by saying,

The LORD your God carried you, as a father carries his son, all the way you went until you reached this place. (NIV) 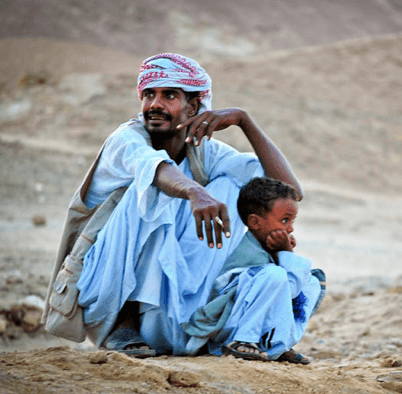 The picture here is a dad lifting a little boy into his arms, carrying him on his shoulders when he’s too tired to walk. What an intimate, loving image of God. Some Bible translations, however, neutralize the male pronouns in this verse:

…the Lord your God carried you, just as one carries a child… (NRSV)

But by doing so, we lose the beautiful scene of a man gently carrying a precious son. Ironically, we miss this lovely image of fatherly tenderness when we take the maleness out of it.

In all our conversations about the “maleness” or “femaleness” of God, we forget that our culture colors our ideas about these categories. What if, instead of changing God’s gender, we revised our ideas of masculine and feminine instead?