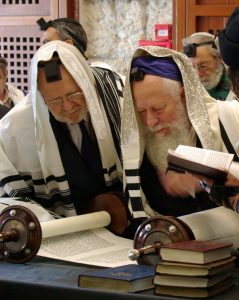 Last week the yearly Torah study began again. The scrolls have been rewound from Deuteronomy back to Genesis, and once again, Jews will ruminate over Adam and Eden and Abel. Week by week over thousands of years, they’ve engaged in the study of the Pentateuch together.

Often I’m asked what my favorite resources are for Bible study. What can help us understand how they sounded to their original, ancient hearers? 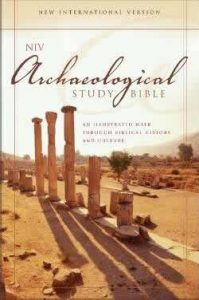 There are plenty of good resources from Christian scholars. The Archaeological Study Bible (NIV) for one. It overflows with sidebars and articles about the ancient context, with images and charts and maps. It’s an excellent resource if you’re getting started.

But what if you want to read them from a Jewish point of view? Once again there’s a lot out there. But my interest isn’t so much in how contemporary rabbis read the text, but how the ancient Jews read the text. I want to consider its timeless message in light of its historic context.

With this in mind, two of my favorite books are by Nahum Sarna, a renowned Jewish scholar and historian.

If you are reading Genesis now, check out his classic work, Understanding Genesis: The World of the Bible in Light of History (Schocken, 1970). I loved how he describes how awe-inspiring and incomparable the biblical text was to anything else in the ancient Near East. 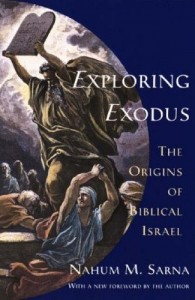 Nahum Sarna’s book, Exploring Exodus: The Origins of Biblical Israel, (Schocken, 1996) is also a classic that has been read widely.

His section on the humanitarian differences between the laws of Israel and those of surrounding nations is especially good. 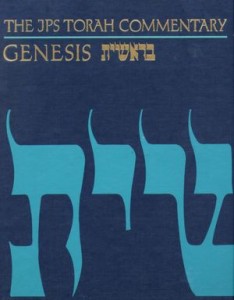 If you want to go into more depth, I highly recommend the JPS Torah Commentary series by the Jewish Publication Society (JPS). These five volumes go through the text of the Torah line by line, shedding light on nuances of Hebrew wording and imagery, as well as history.

In the back of each JPS Commentary are essays that go into even more depth. What did the “binding of Isaac” story mean to its ancient listeners? What was the idea behind the symbolism of the red heifer? Why did God command the Israelites to wear tassels?  This is the first source I go to when I’m studying. 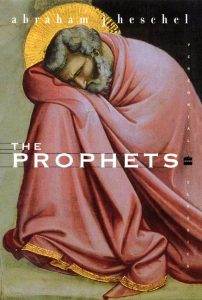 The other Jewish book that is at the very top of my list is The Prophets, by Abraham Heschel. If you are studying Isaiah, Jeremiah, or other prophetic books, this is a must-read. It is also classic on the problem of evil from a biblical perspective. The original, published in 1962, was hailed by both Christian and Jewish theologians as a landmark work.

The paperback version of The Prophets has two sections, and the first seven chapters of the second section are, in my opinion, the highlight of the book. There Heschel describes how the prophets communicated the passionate love of God for humanity, and how God’s love exists in tension with his anger with human evil. Truly, an outstanding book.

What amazes me about all of the books I’ve mentioned above is how their Jewish authors navigate a wise path between two pitfalls which often plague Christian scholars — the arid skepticism of liberals and the brittle defensiveness of conservatives.  I think this is because they read the Bible with a “both-hands” mentality. As Heschel explains,

It’s fascinating, really, to hear how these scholars grapple honestly with historical data while being confident that the Bible is inspired by a loving God.