Below is an interview I did recently with Sam Hailes of Christian.co.uk about Walking in the Dust of Rabbi Jesus. See the original at this link. (I’ve tweaked a few lines of my own below, just for clarity.)

Discovering the Jewishness of Our Faith 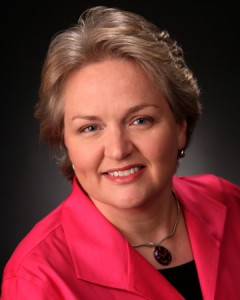 When Lois Tverberg first heard about a seminar at her church on the Jewish background to the Bible, she dismissed the field of study as “painfully boring.” Living in Michigan and holding a PhD in biology, Lois wasn’t interested in archeology or what she called “dry background” to the Bible.

But fifteen years later, Lois has not only discovered what she describes as a “fascinating” topic, but completed two books on the subject. The second, released last month is called, Walking in the Dust of Rabbi Jesus: How the Jewish Words of Jesus Can Change Your Life.

It was a title Lois was initially unsure of. “At first I thought it sounded like an overstatement; one of those high pressure titles. But it’s actually what has happened in my own life. I wrote specifically about things that had changed how I live because of understanding this context.”

When asked for an example, Lois picks what she describes as one of the most “impossible” verses in all of scripture:

“Jesus words about ‘do not judge.’ To me that has always been world’s most impossible sermon. It’s like ‘love your enemies’ — it sounds great, it preaches well, but we’ll just file it under ‘I’m not going to worry about that one’. I’m not sure where to start with it, it’s just impossible.”

“What I wrote about in my chapter called “Taking My Thumb Off The Scale” is that… Judge means discern, not just condemn. The rabbis in Jesus’ day had some great wisdom about judging. They said things like ‘Judge everyone on a scale of merit,’ meaning to give them the benefit of the doubt. That’s when you say things like, ‘OK maybe he’s having problems at home, maybe he grew up in an abusive home.’ It’s when you try to find a way to look at the best side of people.”

“That line is ‘judge everybody with the measure weighing in their favor.’ You hear Jesus talk about ‘the way you measure will be measured to you.’ So I wrote a chapter about how you live that out. What does it look like to ‘judge favorably’?”

It’s clear that Lois is passionate about looking at Jesus historical and Jewish context. She describes the experience of studying like someone taking a firehose and “blasting water” over the dry Biblical text with life “sprouting up everywhere.”

But Lois doesn’t come from a Jewish background, and neither does she view her work as apologetics to convince Jews that Jesus was the Messiah.

Lois says many in the church have not heard teaching on the Hebrew background to Jesus, but she is reluctant to blame or criticize those who teach on a Sunday. “What I find is people can get angry at their pastor or the people who taught them. They react out of anger at the rest of Christianity and say ‘my pastor was lying to me all the time’.”

‘Judging favorably’ comes in right there. Can you imagine a pastor preparing for a sermon and saying, ‘Man I could give them all these great insights about their Jewish context, but… no I’d better not.’? Maybe it’s just that he doesn’t know.”

Recognizing that some have taken such teaching further than Lois would be comfortable with, the author says she want to keep “one foot in both worlds.” “Often people will start taking on a vocabulary where you start calling Jesus Yeshua, and instead of Sabbath, it’s Shabbat, and you start using words that no one else understands.”

“For a lot of people a little change in vocabulary starts sending out red flags, because there’s every kind of crazy new thing out there. I can understand why people are careful. I try to speak in a way that makes sense to mainline and conservative Christians around me.”

To demonstrate how radical and important the field of study is, Lois points out very few Christians know what the Sh’ma is.

“Yet when Jesus is asked what the greatest commandment is he starts by quoting the Sh’ma. To me that says something. We’ve never heard of something that Jesus says is absolutely central! So [in the book] I spend some chapters unpacking the Hebrew words of the Sh’ma.”

“I also write about praying with chutzpah, which is about the cultural attitude of being a little more ‘in your face,’ both with God and with each other. You hear it in Jesus, and you see it with Abraham when he bargains with God. I talk about how that can challenge us to pray more boldly.” 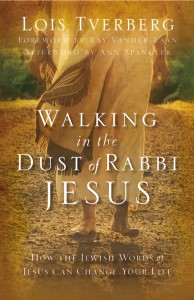 One of Lois’ favorite chapters is about the prodigal son. “It changed my way of looking at God when I read it from a middle eastern perspective,” she says. Another chapter, “The Secrets God Keeps” explains how the Jewish mindset was able to accept two seemingly contradictory ideas together as one.

“Through our western rationality we really want to iron everything out perfectly. Instead we find we need to toss out some things. I talk about the Jewish way of being able to say ‘on the one hand’ and ‘on the other hand.’ There’s a whole chapter called “Thinking With Both Hands.” I’m trying to explain Eastern thinking and how Jesus thought within it.”

It’s a subject that Lois says is attracting much attention. She tells me that Christianity Today recently featured a large interview with a Jewish scholar and sales of Marvin Wilson’s textbook on the subject, Our Father Abraham, have increased every year since its publication over 20 years ago.

But while many scholars are delving into detail, Lois wants to write for the Christian mainstream. Choosing to write on a popular level, Lois first book, Sitting At The Feet of Rabbi Jesus was co written with Ann Spangler and looks at the culture around Jesus. New book Walking in the Dust of Rabbi Jesus picks up where the previous book finished by aiming to make sense of Jesus’ words by putting them in his Jewish context.