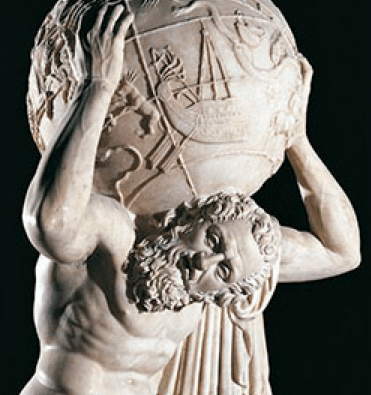 I’m always fascinated by the question of what we need to know, culturally, to understand our Bibles better.

So I enjoyed the essay at this link by James Kugel, a Jewish biblical scholar, about a fundamental disconnect between the worldview of the Bible and of our Western world today. It’s from an essay on Psalm 104 in The Great Poems of the Bible.

Westerners see humankind as very powerful and human intellect potentially limitless. But the biblical world viewed human beings as a tiny part of a much larger reality which was utterly dependent on God. A sense of humility, of the “smallness” of man, is woven into the fabric of biblical thought.

Western intellectuals assume that our worldview is more sophisticated, but Kugel feels that it’s to our detriment. We’ve lost our ability to appreciate the sense of God’s presence and grandeur that filled biblical consciousness.

Kugel remarks that even today Middle Easterners view reality more like the Bible does. He shares this recollection from Iraqi Jew who grew up in Bagdad and then moved to the West:

In Baghdad, there were all kinds of people, some very traditional, some — like my own family — modern. … But all of us, modern and traditional, knew one thing: God is very big and man is very little. Once, some years after I had left Baghdad and moved to Western society, I went one evening to hear a famous theologian speak. I hoped that he would give me some piece of wisdom. But the more he spoke, the more his ideas and my own swirled around together in my head and the more upset I became. I could not get out of my mind this new thought: Man is very big, and God is very far away.

You can read the rest of Kugel’s essay at this link.