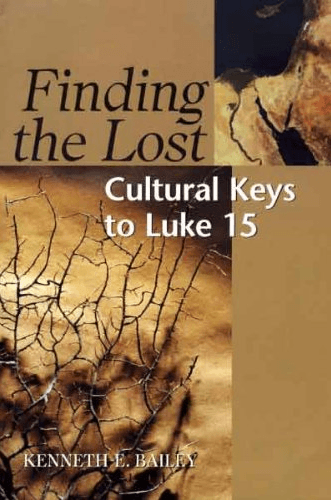 Ken Bailey has written a number of fascinating books on Jesus in his Middle Eastern context. In his introduction to Finding the Lost Cultural Keys to Luke 15 (Concordia, 1992), he explains a key difference between how Westerners think and communicate and how Jesus did.

Westerners primarily communicate in concepts, but Middle Easterners communicate in metaphors and stories. Until Bailey learned to think this way from living in the Middle East, this prevented him from appreciating Jesus’ true brilliance.

Below are excerpts from Bailey’s enlightening essay. For more, read his book, Finding the Lost Cultural Keys to Luke 15. – Lois

At least since the fifth century B.C., and the great days of classical Greece, the Western mind has done its serious thinking in concepts. In most forms of discourse, we from the West begin with an idea and then occasionally illustrate that idea with a simile, metaphor, or parable.

The conceptual language is primary and the metaphor or parable is secondary. The first is critical, the second is optional. If the listener/reader is intelligent enough, the speaker/writer may dispense with illustrations. For indeed, the story is presented only to clarify the meaning of the concept. If people are able to catch that meaning without using up time with illustrations, so much the better.

The illustration is useful for simplification, the Western mind thinks. It aids memory. It assists in adding emotional coloration and in catching and holding attention. But through all of this, the pictorial remains a secondary form of speech. The concept continues as the primary form of theological language.

But there is another way to “do theology.” Middle Eastern creators of meaning do not offer a concept and then illustrate (or choose not to illustrate) with a metaphor or parable. For them the equation is reversed. Rather than

The Middle Eastern mind creates meaning by the use of simile, metaphor, proverb, parable, and dramatic action. The person involved is not illustrating a concept but is rather creating meaning by reference to something concrete.

[An] example of this structure is in the well-known text of Isaiah 53:7-8:

He was oppressed, and he was afflicted, yet he did not open his mouth, INJUSTICE/ SILENCE

like a lamb that is led to the slaughter, PARABLE

and like a sheep that before its shearers is silent, PARABLE

so he did not open his mouth SILENCE

By a perversion of justice he was taken away. INJUSTICE

The parable appears in the center and is encased with concepts that direct any reflection on the parable’s meaning. The meaning is created by metaphor. At the same time the metaphor, as it were, “cries out” for conceptual interpretation which appears in the text as a frame set around the metaphor. Thus concepts appear with the parable in Biblical literature and are not strangers to it (cf. also Isaiah 5:1-7).

Second, clearly the metaphorical language is the primary language which creates the meaning set forth in the discourse. The metaphor says more than the conceptual frame. The conceptual interpretive language is important yet secondary. The reader of Is. 53:7-8 knows that the lamb is unjustly treated and that it is silent. Thoughtful contemplation on this “parable of the lamb before its killer and shearer” has for centuries taken readers into great depths of meaning that reach far beyond the interpretation that encases the parable.

The concepts that surround the Biblical metaphors (as can be seen in the above texts) catch only a part of the meaning of the metaphor. Yes, the servant of God is unjustly treated. Yes, he is silent. But the picture of the lamb standing mute before the butcher or shearer creates far more meaning than the concepts which surround it. 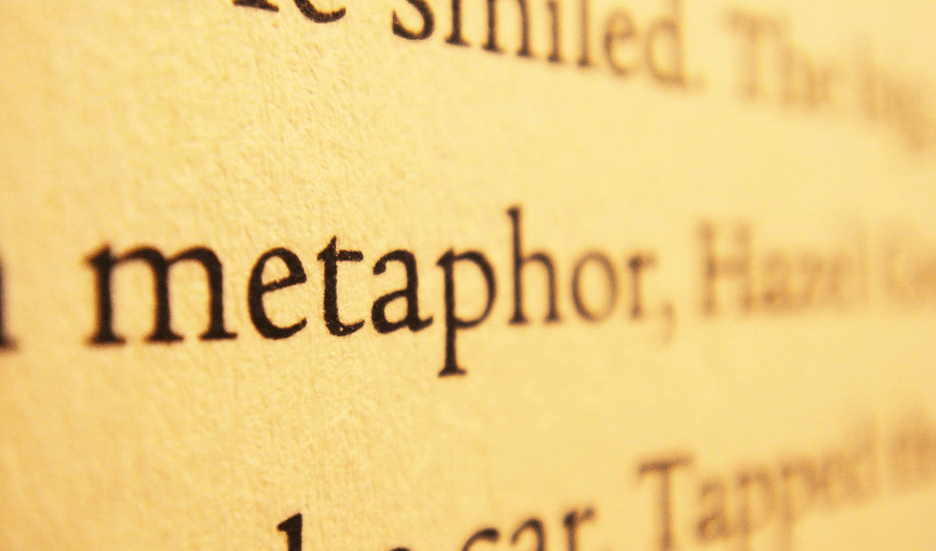 The present writer [Bailey] earned degrees in philosophy and then systematic theology before turning to graduate work in New Testament. … I uncritically assumed that my own Western Greco-Roman mental processes were the only natural valid human way of creating meaning. A lifetime of ministry among Arabic-speaking Christians has led me to see otherwise. Here in the Middle East, from the beggar to the king, the primary method of creating meaning is the creative use of metaphor and story.

I discovered that I had been unconsciously trained to admire everything about Jesus except his intellectual astuteness. We knew that Paul was well educated. Certainly Paul was a theologian. Jesus, however, was a village boy who grew up and told childlike stories. These stories offer marvelous patterns of life for all ages, but—serious theology? Hardly! Such were the unexamined assumptions of my Western theological tradition. But this equation of Paul – serious theologian; Jesus – storyteller/ example of love, I was obliged to reexamine in the light of the style of doing theology that I gradually discovered among the Christians of the Arab world. …

The result has been a slow discovery of the fact that his intellectual acumen is no less significant than the matchless quality of his ethics. This shift was for me of the deepest significance. For if Jesus is an uneducated young man who tells stories primarily for children and simple fisher folk, then one set of perceptions apply as we examine his teachings. But if he is the first mind of the NT (Paul being the second), and if Jesus’ teachings are to be considered as serious theology, offered primarily to intellectuals, then a quite different set of assumptions and perceptions come into play for the interpreter.