How much can we really know about the Jewishness of Jesus? That’s a pretty fundamental question, since the goal of this website is to understand the Jewish background of Christianity. I’ve found some pretty important news in my recent reading, and wanted to share it here.

A common approach to studying Jesus is to use two major Jewish sources that are from slightly after his time.* The Mishnah is a record of the oral debates and decisions of the rabbinic teachers that was written down around 200 AD, but supposedly preserves sayings back to 200 BC. The Talmud (in two editions) contains the Mishnah along with an expansive commentary that was published between 200-300 years later. Many who write about Jesus’ Jewish context quote the Mishnah and the Talmud extensively. Their assumption is that oral traditions from Jesus’ day were very long lived, and that even though they were written down later, they are still useful.

Others have protested for quite good reason, because the documents came along much after Jesus’ time. Can they be used? For several decades since the 1960s, the answer of many scholars was a resounding “no.” This was especially the feeling in the mid 1970’s, when a well known scholar, Jacob Neusner, put forth the theory that Judaism completely reinvented itself after the destruction of the Temple in 70 AD. He suggested that everything written in the Mishnah was very late—all the quotes from rabbinic teachers who were supposed to have lived before the time of Jesus, like Hillel and Shammai, were fabricated later. Any scholar who tried to publish something that compared Jesus to other Jewish teachers was laughed out the door.

But in the past decades more and more research has been done to ask the question, how trustworthy is the Mishnah? Can it tell us about Jesus’ time period? And more and more are saying that with care, it actually is. In fact, Neusner himself is one of the researchers who says so. Some parts seem to be very early and very reliable, and some things appear to be added or edited later. For instance, moral tales about the rabbis contain some fanciful elaborations, but sayings attributed to them are thought to be fairly reliable. Since we know when rabbinic teachers lived, we can determine the date of a saying. 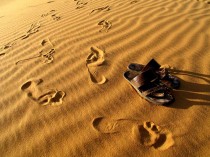 This can be really interesting. For instance, one saying that you might have heard is, “Let your house be a meeting place for the sages, cover yourself with the dust of their feet, and drink in their words thirstily.” (Mishnah, Pirke Avot 1:4) It’s attributed to a sage named Yose ben Yoezer, who lived about 200 years before Jesus’ time. If you’ve ever heard Ray Vander Laan or Rob Bell talk about “walking in your rabbi’s dust,” this is where that line comes from. It describes the tradition of teachers wandering the land, staying in people’s homes, and having disciples follow after them and sit at their feet when they taught.

In the 1970’s, scholars would say, “You can’t trust that saying — it’s from 200 AD. That describes the rabbis of then, not Jesus’ time.” (Even though it sounds a lot like what we read in the gospels.) Now, they are concluding that this saying is really from the time of the sage to whom it is attributed — 200 years before Jesus’ ministry. The conclusion is now quite different — that Jesus was taking part in a tradition known for generations before his time. This makes all the difference in the world in terms of painting the Jewish reality around him.

Another thing that scholars have decided are fairly reliable in the Mishnah are the debates between the disciples of Shammai and the disciples of Hillel, which date to sometime between 10 and 70 AD. This is also quite interesting, because their debates come up in Jesus’ ministry. The question Jesus was asked about divorce was about which side he took between the camp of Shammai and Hillel. Their debates over Sabbath observance and making vows are also recorded, and Jesus took a side on these issues too. Often the Mishnah is very helpful in understanding Jesus’ context.

This might be too scholarly of a subject for some readers, but it really is fundamental to the study of Jesus’ Jewishness. And it is true that you have to be very careful about your dating, and not assume something said hundreds of years later describes Jesus’ reality. It’s really not a good idea to assume Jesus and Rashi, who lived a thousand years later, had much in common. Or even to quote the Babylonian Talmud (500 AD) and assume it is what Jesus knew. Unfortunately, plenty of people have done that.

My reference for this is Traditions of the Rabbis from the Era of the New Testament, by David Instone-Brewer, published by Eerdmans in 2004. It’s the first in a series of six volumes that will seek to date saying from the Mishnah and some other early Jewish writings that are relevant to the New Testament era. Dr. Instone-Brewer also wrote a book called Divorce and Remarriage in the Bible: The Social and Literary Context. It examines Jesus’ words on the subject in light of the debates between Hillel and Shammai. He makes some interesting conclusions on how to interpret Jesus’ words about divorce based on his Jewish context.

*It should be said that there are other good sources for studying first-century Judaism, like the Dead Sea Scrolls and the writings of Josephus. My discussion here is just whether the Mishnah and Talmud, the traditional texts of Judaism, are admissible in discussions about Jesus.