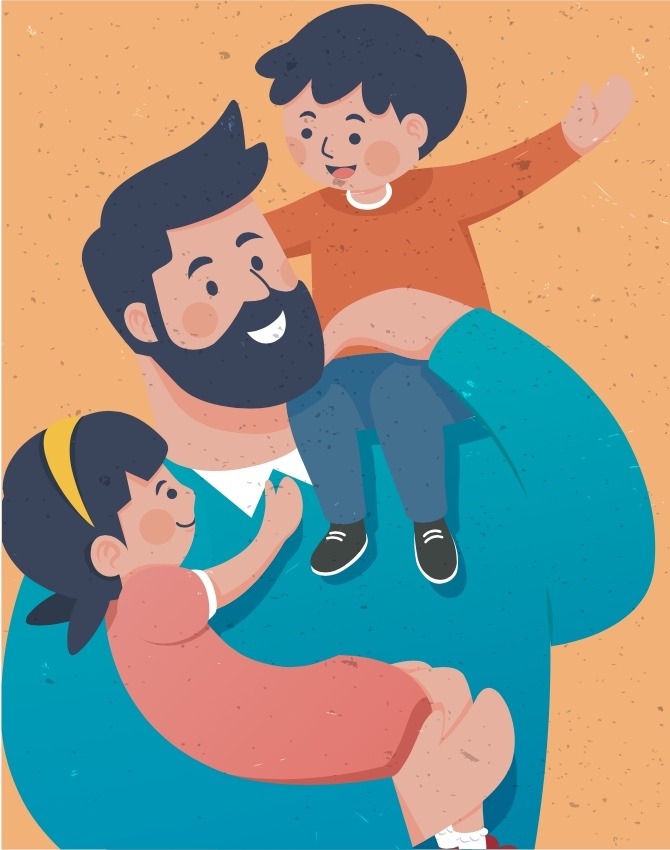 (This is a slightly longer version of the article I wrote for Premier Christianity this month that includes footnotes.)

In recent years, some Christians, including my fellow Premier Christianity columnist Chine McDonald, have decided to stop using masculine pronouns (he/him) for God. Chine made some very good points in her recent article, including that God is beyond male and female, that both male and female are made in God’s image and that female imagery is sometimes employed to describe God.

You might think, since I’m a woman, I’d agree with a change in pronouns. But the longer I study the Bible in its original context, the more I find it at its best when we don’t whitewash over words that bother us.

You might think by neutralizing masculine imagery, the biblical text will be more embracing. What often happens though, is that ideas that challenge our thinking are obscured.

Take a look at Deuteronomy 1:31, “The LORD your God carried you, as a father carries his son, all the way you went until you reached this place.” (NIV) Here we see an intimate picture of a dad lifting a little boy into his arms, carrying him on his shoulders when he’s too tired to walk. Moses was reminding Israel of the gentle protection God showed his people as he led them out of Egypt.

A more gender-neutral translation renders this line, “Until you reached this very place, the LORD your God has carried you just as a parent carries a child.” (Common English Bible) By neutralizing the male language we lose the beautiful scene of a man gently carrying a precious son. The concrete details become a vague non-reality. Ironically, we miss this surprising image of fatherly tenderness when we try to take the maleness out of it. 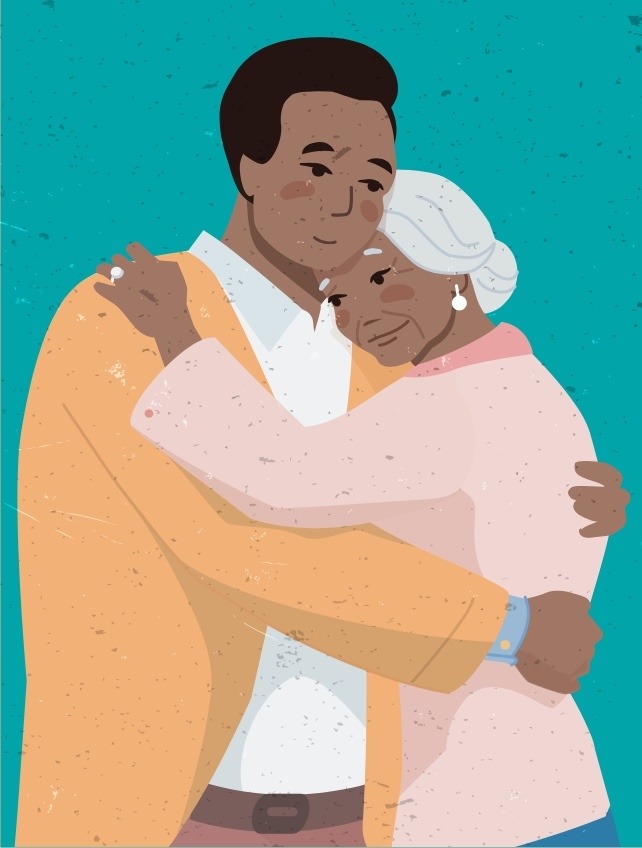 Here’s another place where it happens, in a passage that even contains feminine imagery of God. In the NIV, God says in Isaiah 66:13, “As a mother comforts her child, so will I comfort you.” In the Hebrew, this line says literally, “As a man is comforted by his mother, so I will comfort you.”

Here again when you remove the masculinity by changing “man” to “child,” you actually remove the imagery of an adult man being comforted by his mother! In the extended families of the ancient world, mothers continued their relationships with their grown sons and acted as sources of wisdom and comfort.

Polytheistic myths are also full of stories of conflict between the sexes – goddesses killing their husbands, women using their sexuality to manipulate and defeat men, or forming sisterhoods to oppose men and fight for womanly causes. It was common for women to be viewed as almost a separate species.

In contrast, we never find a battle between the sexes going on in the Bible. Women in the Bible generally were striving for the same goals as men – the growth of their families and the prospering of Israel. Certainly Israelite women were subject to male leadership and conformed to traditional family-centered roles. In light of their limits within society, it’s actually quite remarkable that the Bible consistently presents women as intelligent equals to their husbands.1

It was actually Greek philosophy, not the Bible that polarized masculinity and femininity and saw women as a defective version of humanity.

The difference between Israel’s view of the sexes and the rest of the Ancient Near East becomes clear in their origin stories. In the Mesopotamian creation story, the Epic of Gilgamesh, Gilgamesh demonstrates his superiority among people of the world but becomes lonely because he simply has no equal. The gods want to create a companion for him. Surprisingly they don’t create a female but a male, Enkidu! A man is what a man needs for true companionship.

In another hymn, Ishtar’s wild personality make her unlike other goddesses, so another goddess, Saltu, is created to give her an equal associate. Both of these stories assume that the opposite sex is not where you find companionship – men and women were too unlike in their eyes. 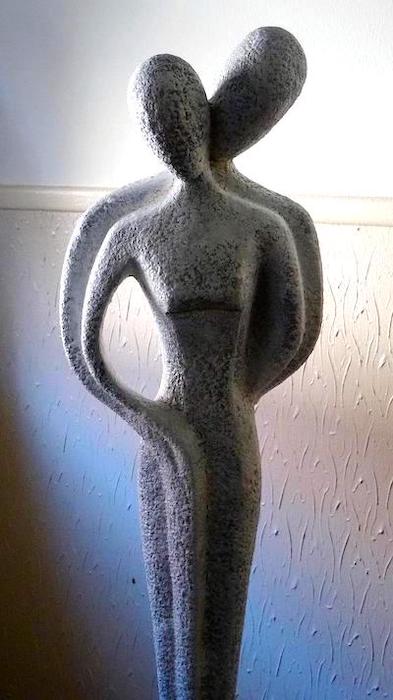 What a contrast with the story of the creation of Adam and Eve in Genesis 2. In the original Hebrew text, all references to the first human are neutral until God takes some of the human’s flesh and makes a woman — ishah, in Hebrew. Only at that point is Adam called ish, a man.

The Hebrew word ishah hints at her origins from within the ish, something that we can mimic in English, with the words “man” and “woman.” Interestingly, Adam is never called an ish until the ishah has been separated from him. As the Bible sees it, men and women aren’t fully the image of God without each other.2

Another key insight is that the word that is usually translated as Adam’s “rib,” tzela, is never used this way in the rest of the Bible. Rather, it always means “side.” When the phrase “one side” of something is used, it means one half, or one face of a building or object. (See Ex. 25:12; 26:26 or 37:3.)

What God does is take out of Adam one of his “sides,” as if God split Adam in half and formed one half into Eve. Adam then calls her “flesh of my flesh, and bone of my bone” – not just “one of my bones.”

The image is that one human was separated into man and woman so that they could have companionship with each other. The differences between men and women come from how they were formed by being taken apart from each other, so that one supplies what the other one lacks.3

The biblical idea that the most appropriate, compatible partner for a man is a woman was revolutionary!  The effect of Israel’s strict laws of sexual monogamy that disallowed homosexual relationships was to cause men and women to form stable family relationships. As a result, women were protected from exploitation. Only when men learned to view women as life-long companions rather than sex objects were women were elevated in the ancient world.

Thinking beyond Male and Female

You might assume that since God sometimes speaks in feminine terms, that this is proof of God’s unique identity that is beyond masculinity or femininity. But if you look closer at the text, you actually find humans talking the same way! Believe it or not, Paul does so more than once:

My dear children, for whom I am again in the pains of childbirth until Christ is formed in you… (Galatians 4:19)

Just as a nursing mother cares for her children, so we cared for you. (1 Thessalonians 2:7)

We all know that Paul is strong on traditional gender roles and condemns homosexual behavior (1 Cor. 6:9). Yet Paul simply has no problem describing himself with feminine characteristics. He does not see this as insulting in any way! We can learn from Paul’s example and embrace the biological sex that God gave us while appreciating the admirable characteristics of the opposite gender.

I think Paul’s attitude is also wise for me as a woman, as I embrace the fact that God chose to reveal himself through male images in the Bible. I can love the Father and Son and enjoy the admirable differences between gender, knowing that together male and female form the image of our loving God.

3 Jesus seems to have these ideas in mind in his discussion on divorce in Matthew 19:3-6. See my article, Together Again, at the En-Gedi Resource Center.