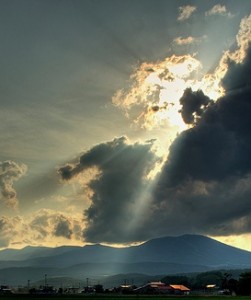 Is God in paradise right now? That’s a silly question, don’t you think? Isn’t God “our Father in Heaven”?

In the traditional Greek dualistic way of looking at the world, God infinitely far away from us, “up there,” in the realm of infinite pleasure and beauty. Down here is the polluted, sinful earth that is going downhill rapidly and one day will perish.

But when we read “our Father in Heaven,” in the Gospels, the Greek word for heaven is uranos, which means “sky.” Heaven, uranos, or shemayim in Hebrew, is often spoken of as the realm of God, but in the sense that the sky is his throne, while earth is his footstool.

The idea behind the words “our father in Heaven” is not that we’ll float upwards to shemayim, the starry heavens, when we die. Rather, it is a contrast between our earthly father and our heavenly Father. God is our “heavenly Father” – he truly is a loving father to us, even though we have a human one too.

We do find a word for “heaven” in the New Testament that is paradeisos, which we translate as “paradise.” Looking up the word paradeisos, we find that in Luke 23:43 Jesus tells the thief on the cross that he will be with him in paradise. In 2 Corinthians 12:4, Paul describes being caught up in paradise and hearing inexpressible things. So yes, it’s correct to say God is in paradise. 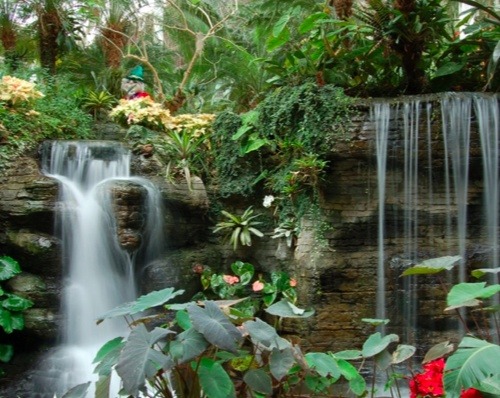 So is God is enjoying infinite delights while we struggle and suffer here on earth? In Isaiah 57:15 he says:

I live in a high and holy place,
but also with him who is contrite and lowly in spirit,
to revive the spirit of the lowly
and to revive the heart of the contrite.

There, it says that God’s presence does dwell on earth, in two places especially. He lives with the one who is crushed by the burdens of life, who struggles to get to the next day. He is also particularly close to the sinner who grieves over his sins and realizes his need for forgiveness. 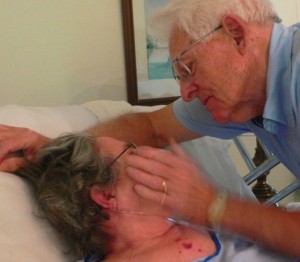 And, in Isaiah 63:9, it says, “In all their affliction, he was afflicted.” God suffers as long as his people do. He is both on his heavenly throne, but fully with us here. Naturally Christ spent his life among those who were suffering. The place we can most join him is in healing the hurts of others.

This reality is reflected in the Hebrew phrase olam haba. It refers to heaven, but literally means “the age to come.” Jesus uses this in Luke 18:30. There, the sense is that God has promised to redeem this world, so it looks forward to a perfected world, in contrast to olam hazeh, which is the present (corrupted) world. I think that it is more hopeful to speak of Heaven as olam haba, looking forward to what God is doing to restore creation, to “make all things new,” as it says in Revelation.

This actually changes my perception of God. I used to think of God as happily disconnected from us here. I would ask God why we all couldn’t be happy like he is. But then it dawned on me that if I genuinely love someone who is hurting, I don’t live a happy life as long as they are in pain. If God is truly empathetic with his people, he really doesn’t dwell in paradise. If our goal is to be happy, we’re asking for something that even God doesn’t have, until he brings healing and redemption to the earth.