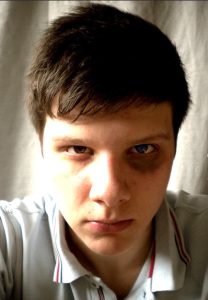 A Bible professor from Uganda shared a fascinating comment about this law — that it sounds shockingly progressive where she comes from. In traditional African society, the father sets the rules for his house and punishes with absolute authority. He has life-or-death power over his children. A wife cannot protest. In these very patriarchal societies, women have no say in the discipline of children by their father.

Yet this law in the Torah stipulates that the mother was one of the ones to be obeyed, and that she also should have a say in deciding the guilt of a child. In some parts of Africa this law would seem shockingly liberal and nearly impossible to implement, the Ugandan scholar commented. 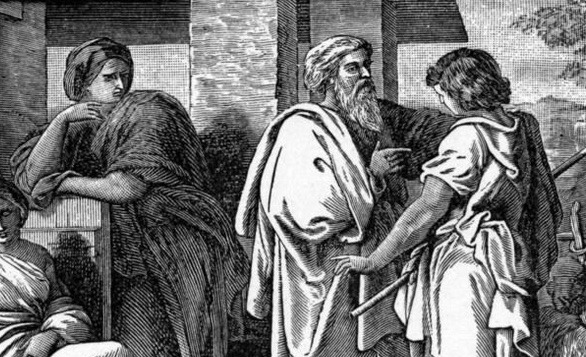 Other scholarly commentaries agree that while this law supports parental authority, it does so by taking it away from the patriarch. Look again at the passage in Deuteronomy 21. Notice that the father doesn’t get to make the decision regarding a son. First, the wife must agree to press charges. Then, the elders of the city are the ones who finally make the decision. All of these restrictions sought to limit the otherwise cruel punishment of a hot-headed father.

The law mitigates punishment by bringing it to the village elders, and away from the emotions of the moment. Yet it doesn’t excuse a defiant teenager who has brought great exasperation to his parents. It allows the community to enforce parental authority when behavior is truly egregious.

Is this seemingly harsh law really intended for such a benevolent purpose? Well, it resembles another law in the Torah with this intent — that of accidental manslaughter (Number 35:6-28). In the Ancient Near East (ANE), when a death occurred at the hands of another, the victim’s “kinsman redeemer” was duty-bound to avenge the death by killing the murderer. This was true even if an accident occurred, like dropping an axe on someone while building a house. Whether or not it was intentional was not a consideration, only repaying life for life.

The Torah, however, stipulated that Cities of Refuge must be set up where manslayers could seek a fair trial, away from the angry family. Only if there was malicious intent could the perpetrator be put to death.

In this law too, the Torah insisted on separating the person on trial from the ones who would punish out of vengeance. Again, the Torah was working within the harsh reality of the ancient world to bring justice. It didn’t outlaw the kinsman-redeemer system overall, but put limits on it so that justice could be done.

The Torah Pushes Back

Bible readers often are told to assume that the harsh social realities of the Ancient Near East and Greco-Roman world applied to Israel. But here the Torah was protesting against the absolute authority given to the father and putting the mother on an equal level with him. This is very surprising!

Later in Scripture we also find many sayings that admonish children to revere and obey both father and mother, not just the father alone.

My son, keep your father’s commandment, and forsake not your mother’s teaching. Prov. 6:20 (Literally, “the torah of the mother”)

Honor your father and your mother, that your days may be long in the land that the LORD your God is giving you. Ex. 20:12

The Torah was often responding to the reality of the day and reforming it. If Israel followed even a minority of the laws that God gave in the Torah, the nation would have been a model of wisdom and justice to the surrounding peoples.

You’re not the Bible’s only Audience

Most Christians find it surprising to look at the Law of the Rebellious Son as progressive, not realizing that that God was likely speaking into the harsh authority of a patriarchal society to put limits on it.

You might think that this was a live issue only in ancient times, but the African scholar pointed out that this situation still exists in traditional cultures even now. The Torah has great wisdom, but its message is sometimes intended for others. We open the Bible’s pages and wring our hands at its pronouncements, but throughout history (and even today) there have been realities that need to be addressed and changed.

We need to realize that we’re not the only intended readers of Scripture. God has loved people in many different times and places, and has sought to teach all peoples, not just us.

1According to rabbinic law, the only time this law applies is for the first three months after he turns thirteen, and only if he has ravenously eaten semi-cooked meat and drunk partially mixed wine, in the company of a group that does not include one decent person, and not on a religious occasion; paying for the food with money misappropriated from his father; only if both parents are living and are not deaf, mute, blind, lame, or maimed in the hand; and only if both agree to prosecute him. Mishnah, Sanhedrin 8:1-4 (from JPS Deuteronomy, Jeffrey Tigay).