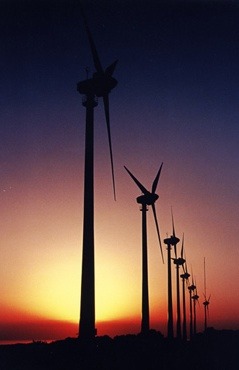 Right now, a hot topic in the news is the effort of many to be “green.” Because of the rising price of oil and the discussion about global warming, many people are trying to “reduce their carbon footprint.” Others may just be rolling their eyes at another over-hyped trend, and skeptical about the whole thing.

What would Jesus say about the issue? You might be surprised to learn that the rabbis were commenting on environmental conservation over 1600 years ago in their discussion of Deuteronomy 20:19:

When you lay siege and battle against a city for a long time in order to capture it, you must not destroy (lo tashchit) its trees, wielding an ax against them. You may eat of them, but you must not cut them down. Are the trees of the field people, that you should besiege them?

In this verse, God forbade the destruction of the fruit trees outside of cities that were under siege by the Israelites during war. It was common practice during wartime to destroy the land – to chop down the trees and poison the fields by sowing them with salt. God expressly forbade this kind of wanton destruction and declared that the trees were “innocent bystanders” who should not be victims of the war.

The rabbis concluded that if God forbade the destruction of the environment in the dire situation of war, he must certainly must oppose it during peacetime. They then reasoned that modifying the environment to build useful things to serve human needs is fine, but needless destruction is wrong.

They also concluded that the reason destroying fruit trees was forbidden was because God gave the trees to provide food, and when we destroy any useful thing, we insult God’s gracious care for us. To them, these words against needless destruction should teach us not to waste any useful thing.

The ethical command was called bal tashchit (bahl tahsh-KEET), meaning “do not destroy.” They said, “Whoever breaks vessels, or tears garments, or destroys a building, or clogs a well, or does away with food in a destructive manner violates the commandment against bal tashchit.” (Talmud, Kiddushin 32a, written about 500 AD)

Because of this interpretation of Deuteronomy 20:19, there has been an ethic of conservation and avoidance of waste in Judaism for thousands of years. They see it as an act of reverence for God. Listen to the thoughts of Rabbi Hirsch, who lived in the 19th century:

In truth, there is no one nearer to idolatry than one who can disregard the fact that things are the creatures and property of God, and who presumes also to have the right, having the might, to destroy them according to a presumptuous act of will. Yes, that one is already serving the most powerful idols — anger, pride, and above all ego, which in its passion regards itself as the master of things.

Wow. To him, wastefulness is a kind of idolatry that views the self as the ultimate god. What an excellent point. 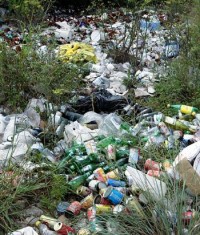 I think the reason why Christians miss this is because in our Western mindset, we see God as completely uninvolved with his creation, and believe that the world as entirely ours for disposal as we see fit. This attitude actually arose among the ancient gnostics, who considered the material world to be worthless and evil, and God as utterly unconcerned with it. The Scriptures, in contrast, assert repeatedly that God created the world very good, and that creation itself groans for its redemption which will come in the end (Rom. 8:21).

Part of the reason that some conservative Christians (including friends who I respect a lot) resist the environmental trend is because it comes from folks who seem to worship the creation rather than the creator, who are hostile to the God who made all things. But for centuries, the rabbis have been saying that we should be careful with the natural world not to worship it, but the God who created it. We preserve it to show our love for the one who provided such abundant world for us to live in.

The way Jesus summarized the Torah was in two great commands: (1) love God and (2) love your neighbor. Every one of its command fits into one of these two categories, loving God or loving neighbor. But remarkably, the idea of conserving the environment fits into both categories. It allows us to love God by showing reverence for God’s handiwork, and love our neighbor by considering the needs of others to live in God’s world. Avoiding waste is a spiritual discipline of thinking about others before yourself, even people you’ve never seen and never will meet.

And I think there is another reason Jesus would have been for being “green,” which is especially for my conservative friends who bristle when they read another op ed piece on global warming and refuse to recycle out of annoyance at the whole thing…

Consider the rabbinic discussion on Exodus 23:5: “When you see the donkey of your enemy lying under its burden and would refrain from raising it, you must nevertheless raise it with him.” The rabbis asked the question, “If at the exact same time as you saw your enemy’s donkey needing help, and also your friend’s donkey needing help, which should you help first?” Their answer was that you should help the donkey of your enemy first, to teach yourself to be kind to your enemies. This was their way of emphasizing that this command isn’t so much about the donkey, but about forcing yourself to help those whom you dislike.

The reason why this story comes to mind is because it is one of the places in the Torah where an early hint of Jesus’ command to “love your enemy” is found. This was his most radical teaching, which was unparalleled among rabbinic teachers after him. But yet the rabbis saw in Exodus 23:5 that God told us not to act out of dislike for others even in little ways. And, they said that if you have an opportunity to teach yourself kindness to your enemies, you should do it, in order to correct your attitude toward them.

My friends who question the global warming data may feel they have strong arguments supporting their cause. They may not feel like we are using up our world’s oil supplies at an alarming rate. But even if it isn’t happening, wouldn’t the thing to do be to conserve now, rather than wait until it does?

And, if you admit that just a little bit of your resistance is coming from your dislike for the “liberals” who advocate it, isn’t that all the more reason to do it?  Then you’d be able to fulfill all three of Jesus’ greatest commands at once — to love God, your neighbor and your enemy, every time you did something green.