When read in their cultural contexts, Jesus’ responses to the Jewish teachers look far less harsh than what many have assumed.
(Published in the July Issue of Premier Christianity.) 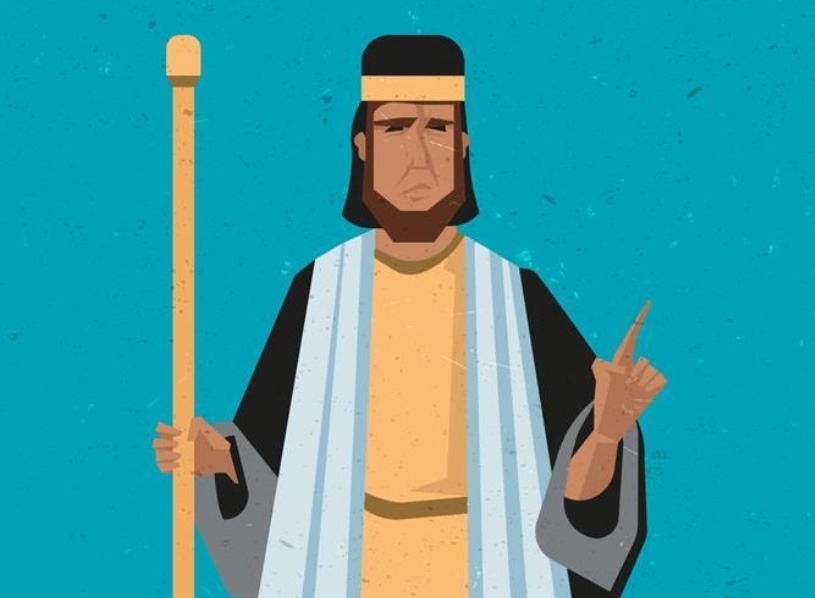 The word “pharisee” has not so much been spoken as spat by Christian preachers down through the centuries.

To be a pharisee is to be pompous, hypocritical, legalistic and self-righteous. Here’s how 19th-Century minister Frederick Robertson put it: “I will tell you what to hate. Hate hypocrisy, hate…oppression, injustice; hate Pharisaism; hate them as Christ hated them with a deep, living, Godlike hatred.”

Did Christ really hate the Pharisees with a deep, living, Godlike hatred?

Certainly, he argued with some members of the movement. Some criticized his teachings. A few even plotted against him. And Jesus leveled a whole list of “woes” against them in Matthew 23. Many Christians see those things alone as enough evidence to condemn the bunch.

But more careful readers of the New Testament will notice other details that cast the Pharisees in a much better light. We see them frequently inviting Jesus to their communal dinners (Luke 7:36-50; 11:37-54; 14:1-24), warning him when he and his disciples were in danger (Luke 13:1) and congratulating him after he debated the Sadducees (Luke 20:39).

In Mark 12:34, we find Jesus complimenting their wise answers, declaring: “You are not far from the kingdom of God.” And in Acts 5:27-40, we learn that Gamaliel, a Pharisee and member of the high council, spoke up in defense of Peter and the apostles when they were on trial before the high priest, which prevented the newborn Church from being snuffed out in its infancy.

Some Pharisees even joined the early Church (Acts 15:5), including Nicodemus and, of course, Joseph of Arimathea, who requested the body of crucified Jesus from Pontius Pilate, and buried him in his own tomb (Matthew 27:57-60).

Even Jesus’ harshest criticisms of the Pharisees in Matthew 23 read differently when you know more about the context. Jesus begins, in verses 2-3, by saying: “The teachers of the law and the Pharisees sit in Moses’ seat. So you must be careful to do everything they tell you. But do not do what they do, for they do not practice what they preach.” Notice that Jesus actually tells his audience to obey their teachings, which he saw as authoritative. The teachings were fine; the problem was with those who didn’t put them into practice.

Regarding the rest of the “woes”, you might be surprised to know that the Pharisees themselves had a nearly identical list, a caricature of their own flaws:

This passage reveals that the Pharisaic movement practiced its own honest self-examination and could see that some in their ranks had fallen into error. They listed character flaws very similar to those that Jesus identified – pride, hypocrisy, legalism, etc. But still they described at least one type of Pharisee who is praiseworthy – the one who eagerly obeys God’s word simply out of love for him.

Knowing that the Pharisees weren’t afraid to recognize their flaws casts Jesus’ words in a different light. Scholars have pointed out that it makes a difference that Jesus was himself a pious Jew who interacted daily with the members of this movement.

In that context, his words sound more like constructive criticism aimed at helping his Jewish brothers live up to their high calling, rather than a denunciation of them as a whole.

A better way of reading the “woes” is that, instead of Jesus accusing every person in the group of every sin, each “woe” was directed at only those who were failing in those areas. Instead of saying: “Woe to all of you – you’re all greedy, legalistic and hypocritical,” he was saying: “Woe to those of you who are greedy, and woe to others who are legalistic, and you who are hypocritical.”

Rather than condemning the whole group, he was pointing out the various errors that individual members may fall into.

It is easy for Christians to read these passages smugly, as if only the foolish Pharisees could make these mistakes. Instead, we should see the sayings of Jesus as wise words to anyone who yearns to obey God.

Following this path leads to many temptations – like slipping into pride, legalism or hypocrisy. And we should examine our rationale, too. Is our reason for obedience based on fear of what God will do to us if we’re not perfect? The only motive that should make us eager to obey God is a loving desire to please him – nothing else.

Rabbinic debate was often confrontational and heated; it didn’t necessarily mean that the questioner had hostile motives. Verbal sparring was normal and acceptable. When Jesus argued with Pharisees in the Gospels, their questions can sound more negative than they really were.

Blunt stereotypes were also much more common and acceptable in the first-Century world than today. In Titus 1:12 Paul unabashedly commented: “Cretans are always liars, evil brutes, lazy gluttons” (quoting a Cretan prophet) when he was discussing the church in Crete with his disciple, Titus. This tendency towards harsh characterization was common in both Greek and Jewish writings. You need to read the New Testament with this in mind and adjust your expectations accordingly.

Consider this: not a single Pharisee that we know by name – Nicodemus, Joseph of Arimathea, Paul or Gamaliel – fitted the stereotype of being pompous, hypocritical, legalistic or self-righteous in any way. So maybe it’s time that we retire the ‘Pharisee’ stereotype and stop using it altogether.

Heather Quiroz, who runs the “First Century Youth Ministry” Podcast, did a 2-part interview with me about this article. If you would like to listen in, you can do so on Apple Podcasts.