(This article is one that I’ve recently posted on the brand new En-Gedi Resource Center website. Under “Jesus’ Jewishness” go to “His Sayings in Context” to read others on this topic.) One key to unlocking many difficult Bible passages is to know that Middle Eastern teachers loved to use irony to make a point. Jesus and Paul frequently did this, but this habit can leave us scratching our heads. In fact, we can make major mistakes in our reading of the New Testament by not grasping the irony that they employed to describe the shocking new reality of the Kingdom of God.

For instance, Jesus’ saying about John the Baptist in Luke 7 often mystifies readers:

I tell you, among those born of women there is no one greater than John; yet the one who is least in the kingdom of God is greater than he. Luke 7:28

The first question that comes to mind is, “What’s wrong with John the Baptist?” But Jesus himself starts out by saying, “among those born of women there is no one greater than John.” Jesus was making an extreme comparison to show that when God’s Spirit is poured out on those who believe, they will be even more empowered to preach and convict than John. Wow!

We find this style of speaking throughout the Old Testament as well as among the rabbis. Proverbs contains many examples of ironic contrast. For instance,

He who is slow to anger is better than the mighty warrior, and he who rules his spirit, than he who captures a city. Proverbs 16: 32

The point isn’t that warriors are bad—in fact, warriors like King David were considered the greatest heroes of their day, and women filled the streets with dancing and singing when they came home from battle (1 Sam. 18:6-8). We can only grasp the power of such a saying when we see the irony of elevating someone who can simply control his own anger to the same level as a national hero.

One of the most common places to employ exaggeration and ironic comparison was in describing the coming glory of the Messianic reign:

On that day the LORD will shield those who live in Jerusalem, so that the feeblest among them will be like David, and the house of David will be like God, like the Angel of the LORD going before them. Zechariah 12:8

As in Jesus’ comparison above, we might ask, “What’s wrong with King David, that he’s being compared to the feeble?” It sounds, initially, like an insult to someone or something that we know is great, like King David. But the just opposite is true. We should say, “Wow! In the end times, what amazing glory God’s people will have!” Ironic comparison was a way of heaping superlative on top of superlative. 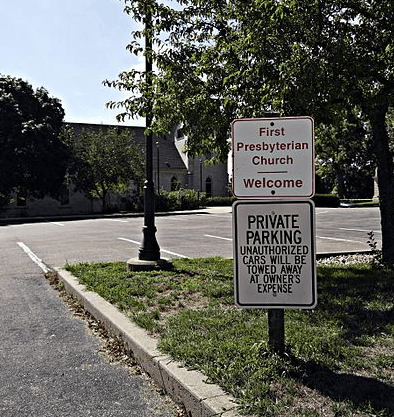 It’s critical for Bible readers to see this strong bent toward irony in the New Testament, especially when the kingdom of Christ is compared to the glory of Israel. For instance, in Hebrews, the giving of the covenant on Mt. Sinai is compared to the heavenly Jerusalem:

For you have not come to what may be touched, a blazing fire, and darkness, and gloom, and a tempest, and a voice whose words made the hearers entreat that no further messages be spoken to them… But you have come to Mount Zion and to the city of the living God, the heavenly Jerusalem… Hebrews 12:18-24

Once again, this passage makes the event on Mt. Sinai seem very negative. But in the Bible, the meeting of Israel with God on Mt. Sinai was considered a stunningly amazing, wonderful event. Just imagine! The true Creator of the Universe had manifested himself on earth in order to make a covenant with this scraggly little tribe. Still today in Jewish tradition it is seen as a “wedding ceremony” where God betrothed himself to the nation of Israel. The point of the Hebrews passage is not to say how terrible it was to have been at Mt. Sinai, but to say that as glorious as that was, the coming of God’s kingdom in Christ was even greater.

Often Paul employs this same irony in his letters, and it is essential that Christians to recognize his “accent” so that they don’t become anti-Semitic in their disparagement of Israel. For instance, Paul used it in Galatians 4:22-28 when he compared Israel to Hagar and Ishmael, and the Gentile believers to Sarah and Isaac. (Genesis 16:4) His goal was to reassure the Gentiles that even though they weren’t born naturally into the Jewish nation, God had accepted them as his true “family.” Just as Hagar despised Sarah for her inability to bear children, they were being persecuted by the Jews for not being the true children of Abraham.1

We often read Paul’s statements about the law and God’s covenant with the Jews as negative, not realizing that in Paul’s own mind, these are extremely positive. He was using strong irony to say that as great as they were, the new covenant in Christ is even greater. Only when we comprehend the comparison he was making, will we see the glory of what God has done for the world through the coming of Christ.

1 See The Irony of Galatians, (Fortress Press, Minneapolis, 2002) by Mark Nanos, a Jewish scholar, who points out that the flavor of much of Paul’s letter to the Galatians is ironic.

(Photos: Albert Herrer, L. Tverberg – “No Explanations” sign outside the Church of All Nations, in the Garden of Gethsemane, Jerusalem)