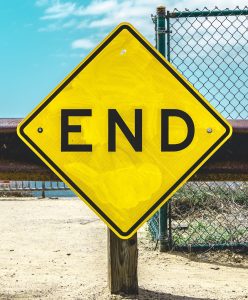 Paul tells us in Romans 10:4 that the “telos” of the law is Christ, which has been translated “Christ is the end of the law” (see NIV 1984). Much debate has occurred over this line. However, few have noticed the surprising way that telos is used elsewhere in the New Testament.

Believe it or not, we find two other places where the verb form of teleos (to end, complete) is used together with nomos (law) in the sense of in the sense of keeping or fulfilling (obeying) it!

Then he who is physically uncircumcised but keeps (teleo) the law will condemn you who have the written code and circumcision but break the law. (Romans 2:27)

If you really fulfill (teleo) the royal law according to the Scripture, “You shall love your neighbor as yourself,” you are doing well. (James 2:8)

Certainly in these two passages, the sense of teleo is not “terminate, bring to an end.”

Note how the verb pleroo is used in these other passages:

Love does no wrong to a neighbor; therefore love is the fulfilling (pleroo) of the law. (Romans 13:10)

For the whole law is fulfilled (pleroo) in one word: “You shall love your neighbor as yourself.” (Galatians 5:14)

Like teleo, the sense of pleroo here is that of upholding the Torah and living it out, rather than seeking its termination. (Go back to part 1 for details.)

Christ is the Goal of the Torah

So, how should we read Romans 10:4? In light of the rest of Paul’s writing, I think it’s wise to take a two-handed approach. Scholars point out that while telos can mean “end,” it can also mean “goal” or “culmination.” They suggest that Paul’s wording in Romans 10:4 is deliberately vague, conveying two ideas at once. Christ is both the goal and the end of the Law, they conclude. 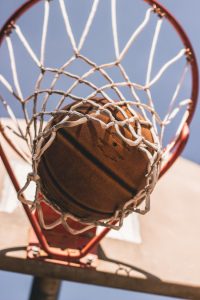 Christ is the climactic goal of the Torah, the living embodiment of the holiness and compassion toward which God was aiming. Jesus is the “Word made flesh.” He is the only one who has ever perfectly lived out the Torah.

If the Torah is God’s teaching for how to live as his people, in what sense could it end? It doesn’t. But, as Christians, we believe that Jesus took upon himself the punishment we deserve for our inability to keep God’s commands. As such, he brought the law to the end of its ability to separate us from God because of our sin. For that we rejoice!

Second, God’s policy for centuries had been to separate Israel from the influence of its pagan neighbors. He did this so that he could train his people properly, like a parent teaching a child (Galatians 3:24). In Christ, God gave a new command that went in the opposite direction. Instead of maintaining their distance, Jesus’ followers were to go into the world and make disciples of all nations (Matthew 28:19).

The instant Peter visited the first Gentile, the policy of separation collided with the new policy of outreach. According to Jewish law, Peter could not accept Cornelius’s hospitality because Gentiles were “unclean.” But God had given him a vision in which unclean animals were declared “clean.” (Acts 10:9-16)

With the guidance of the Spirit, the church ruled in Acts 15 that Gentile believers did not need to enter into the covenant that was given on Mount Sinai. The “dividing wall of hostility” that the Torah put up to keep the Gentiles away was brought to an end (Ephesians 2:14). (See part 2 for more.) 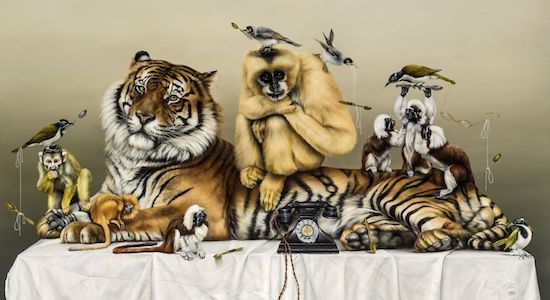 What about God’s Covenant with Israel?

The Torah also contains God’s covenant with Israel. Did Jesus bring this covenant to an end? Absolutely not, Paul exclaims! Just look at Romans 11:

I ask, then, has God rejected his people? By no means! …As regards the gospel, they are enemies for your sake. But as regards election, they are beloved for the sake of their forefathers. For the gifts and the calling of God are irrevocable. Romans 11:1, 28-29

Paul mourns deeply for his Jewish brothers who have been alienated from God’s promises, and he longs for them to believe in their Messiah. He pictures Israel, the family of Abraham, as an olive tree that Gentiles have been grafted into. Some of Israel’s branches have been cut off, but he’s is optimistic that they can be grafted back in again. In no way does Paul think of God’s covenant with Israel as nullified.

As Gentiles, Christians are not obligated to keep the Mosaic covenant. It was given to Israel, not to the world. We are saved by faith in Christ because of his atoning death, not by keeping a covenant we were never given.

How then are we to live? Paul and the other New Testament writers spend most of their letters discussing this very subject. In Acts 15:21, the Jerusalem Council points out that that Gentile believers will hear Moses preached every weekend in the synagogue. Certainly they will learn how to live from hearing the Torah preached.

The Apostles knew that we can discover great wisdom within the Torah because Christ himself was the goal toward which it was aiming. This is our goal too—to be filled with the love and goodness of our Lord and Rabbi, Jesus.

(Certainly much, much more could be said about these issues. My point is to share a few language and cultural insights that challenge our reading, not deal exhaustively with Pauline theology.)

Here is the rest of this series:

Part 1, What “Fulfill the Law” Meant in its Jewish Context

Part 2, What Paul says about “Fulfilling the Law”

Bible quotations are from the ESV. Compare translations of Romans 10:4 here.