With the measure you use,
it will be measured to you. Matt 7:2 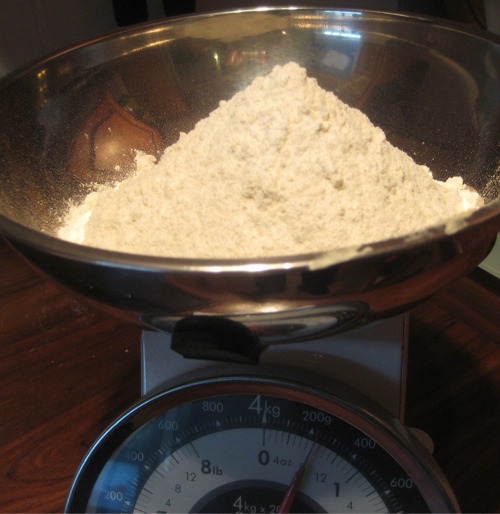 In Jesus’ words above about the “measure you use,” he was using a classic rabbinic idea called midah keneged midah (mee-dah kah-NEG-ed mee-dah), which means, literally, “measure corresponding to measure.” Paul also used this style of reasoning. Knowing more about the interesting logic behind this expression yields wisdom for life today.

The rabbis noticed a pattern throughout the Bible they read—that the consequences of a sin often fit the crime, measure for measure. Several places God says so explicitly, like:

Say to Pharaoh, “This is what the LORD says: Israel is my firstborn son, and I told you, ‘Let my son go, so he may worship me.’ But you refused to let him go; so I will kill your firstborn son.” Exodus 4:22-23

Do not take advantage of a widow or an orphan. If you do and they cry out to me, I will certainly hear their cry. My anger will be aroused, and I will kill you with the sword; your wives will become widows and your children fatherless. Exodus 22:22-24

But if you look a little more closely, you’ll actually find it woven subtly into the story in many more places. For instance…

• Jacob substituted himself for his brother Esau to gain his birthright, taking advantage of his father Isaac’s blindness. Later the wool was pulled over his own eyes when Leah was substituted for her sister on his wedding night, and he was forced to marry her! Genesis 27; 29:23-25

• Pharaoh commanded his people to drown the Israelite boys in the waters of the Nile. Later, his own army perished by drowning in the Red Sea in pursuit of the Israelites. Exodus 1:22; 14:28

• Haman was so incensed with Mordechai for not bowing down to him that he built a gallows to have him hanged. In the end, he was forced to lead Mordechai on a horse to honor him, and hanged on his own gallows! Esther 5:9,14; 6:11, 7:10

We might smile at this “poetic justice,” seeing that events aren’t random and that God in control. In the story of Jacob, it shows us that God didn’t condone his deceitfulness, but let him suffer the consequences of a sin like his own.

Paul also talks about a general rule of paying the consequences for the choices we make:

We know that most of the time, this is true—if we’re dishonest, we’ll get caught in our lies. If we’re hateful, we’ll find ourselves being hated. What goes around, comes around.

When Not to Use Measure-for-Measure

It might be tempting, then, to assume that all our problems come from midah keneged midah—God giving us our just deserts for some sin in the past. But both the Old and New Testaments loudly disagree. Job’s friends applied this logic to tell him that his suffering must be the punishment for some sin. But when God finally entered the scene, he declared that they had not spoken of him rightly! (Job 42:8) The underlying message is that we shouldn’t use this logic on each other, and look for reasons why others suffer.

In fact, the Bible flips the idea of midah keneged midah on its head sometimes, threatening to use it against people who use it against others! If a needy person comes to you for help, you might be tempted to ignore them because of their bad choices. But when you do this, you invite God to ignore your problems, measure-for-measure:

He who shuts his ear to the cry of the poor
Will also cry himself and not be answered. Proverbs 21:13

Or as one 18th century rabbi put it, “When a poor man asks you for aid, do not use his faults as an excuse for not helping him. For then God will look at your offenses, and he is sure to find many.”*

The quote above reminds us why we shouldn’t be hard-hearted to those who are suffering, even if it’s because of their own sin. We’re all sinners, and for the most part, God doesn’t deal with us as we deserve. He restrains judgment and supplies our needs whether we deserve it or not, causing the sun to rise on the evil and the good, and sending rain on the righteous and the unrighteous. (Matt 5:45) We should help those who don’t deserve it because God helps us when we don’t deserve it.**

Like the rabbi above who reminds us that none of us is without sin, Jesus points this out when he was asked about the murder of some Jews in the Temple by Pilate:

Jesus was saying that while those people were not innocent, they are no worse sinners than the rest of us. We are just like them. None of us is in a position to judge, and God is showing mercy to all of us until the final day of judgment. Instead of looking for ways to blame those who struggle, we should examine ourselves, knowing that having a comfortable life isn’t necessarily a sign of God’s approval. 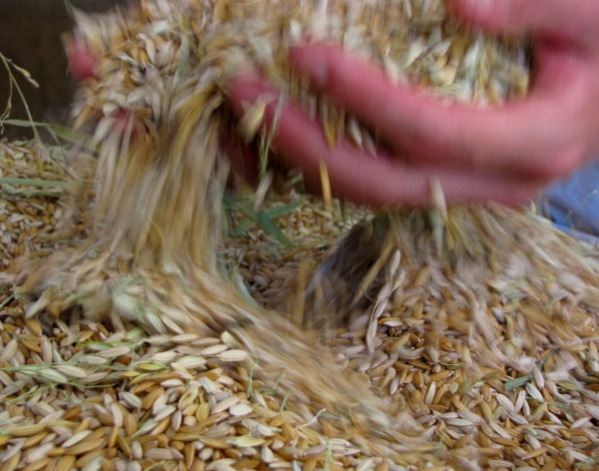 In what way, then, should we respond, measure-for-measure? Believe it or not, there’s yet another way that this logic can be used. You might think that God would tell Israel that they should respond, measure for measure, to slavery in Egypt by being cruel to the Egyptians in the future. But instead, he tells them to do just the opposite. Since they knew what it was like to be helpless aliens and slaves in Egypt, they should empathize with strangers who enter their land:

When an alien lives with you in your land, do not mistreat him. The alien living with you must be treated as one of your native-born. Love him as yourself, for you were aliens in Egypt. I am the LORD your God. Lev. 19:33-34

God points out that the people’s own hard past should teach them to care about others, particularly the traveler or refugee who was easily exploited. Even if an Egyptian were to come to Israel, the people’s response was to be loving, not vengeful, when they saw him as one who is in the same situation that they once were.

In the same way, when we see others’ troubles and know that it’s only by grace that we aren’t in their place, it should prompt us to come to their aid. Instead of linking punishment to sin, measure-for-measure, we should link our response to the grace God has shown us, measure-for-measure.

This is also behind Jesus’ words about forgiveness:

Like the Israelites, when we see the situation that we were in, and the condemnation that God has us set free from, the reasonable, expected response is that we extend that mercy to others who are sinners like ourselves.

For more, see “Measure for Measure” by Joseph Frankovic at JerusalemPerspective.com.

**This is not to say that we should give without any discernment, when our resources will be wasted and ultimately unhelpful. Rather than giving up, we should see if there are better ways to be of assistance.