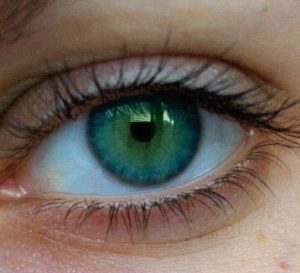 Here’s a little experiment. Close one eye and look at the edge of the screen in front of you relative to the objects behind it. Notice the details of the things are visible right at the edge. Then, close that eye and look at same scene with the other eye. The two pictures you have are similar but yet different.

Now open both eyes and look at the scene. Your brain has two sets of data coming from the left and right eye, and they actually disagree with each other slightly. From one eye things are hidden, but the other sees them. Edges of objects recede at one angle in one eye, and through the other eye, they’re at another angle. Somehow, your brain takes these two conflicting pictures and merges them and then gives you new data about depth that neither eye could see on its own. Very cool, I think. (Now you see why I enjoyed teaching human physiology.)

In the New International Version, it reads,

Wounds from a friend can be trusted, but an enemy multiplies kisses.

But in the Jewish Tanakh, it reads,

Wounds by a loved one are long lasting; The kisses of an enemy are profuse.

The two versions don’t agree! One says that friendly wounds are good, and the other says they are bad. How could they be so different in how they translate the verse?

The key is the word that is translated “trusted” or “long-lasting.” The Hebrew word is ne’emanim (neh-eh-mah-NEEM), which is related to the word emunah, which means “faithful” or “reliable.” It is also related to the verb aman, meaning “to believe” or “trust.” But the same word can also mean, “steadfast, long-lasting, enduring.” So the wounds of a friend can be trustworthy and reliable, or they can be long-lasting, in the sense of never going away.

Which is the correct translation? Ironically, I think it is both. When a loved one shares a grievance, often it is something we should seriously consider changing because the speaker has chosen to risk the relationship to try to tell us. But on the other hand, the speaker should realize that no matter how carefully spoken, his or her words will tend to linger, causing a wound that will take a long time to heal.

Reading this verse in either version gives you part of the sense, but having the verse in both translations (and knowing a little about the Hebrew behind it) gives you “depth perception.” The two seemingly conflicting data points actually give you new information that neither version gives you on its own. This is why when people ask me which Bible translation they should use, I say, “Use more than one, and learn a little about the original languages.” 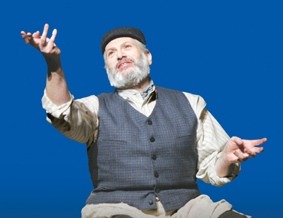 This habit of reconciling two points of conflicting data is a typically Jewish way of thinking about reality. Think of Tevya in Fiddler on the Roof, who goes back and forth with “on the one hand” and “on the other hand.”

At first with my Western sense of logic and background in the sciences, I found people who juggled two points of view quite irritating. It felt like they were spouting a confusing rhetoric that leads straight into relativism, where all things are “true” only to their own believers. I just believe my thing, and you believe your thing. Absolute truth is nowhere to be found.

And yet, my two eyes work with two sets of conflicting data and somehow tell my brain about three-dimensionality, something that neither eye can tell me anything about at all. You could almost say that three dimensions are an illusion of your mind. That’s why stereoscopes and ViewMasters and MagicEye puzzles can make us think we see dimensions that aren’t really there. (For instance, check out this video.)

But our life experience tells us that what our brain constructs from our eyes is actually the truth — when we walk toward something that our eyes say is farther away, we come up to meet it. Our brains deal with conflict and are able to perceive a hidden reality. Actually, our brains do a very similar thing with our ears, and that’s why we like stereo sound much better than mono — it sounds so much more real.

How can your brain take two different pictures and make sense out of them? There’s one more thing that is critical for your mind to make sense of the world, and that is that one eye is dominant — it sets the perspective that your brain ultimately considers “authoritative.” With both eyes open, point your index finger at something across the room. Now close one eye. Then open it, then close the other. From your dominant eye’s perspective, your finger stays in the same place. From the other eye’s perspective, it “jumps.” If neither eye was dominant, your brain would just have a hopeless jumble of conflicting information, like when you cross your eyes. For the brain to interpret reality, one eye must have “authority,” but the other eye provides perspective that the first eye doesn’t have by itself.

On the One Hand…

I find this important to remember when I consider the Jewishness of my Christian faith. Many people reading this website have discovered the power of knowing more, as Christians, about what Jews believe about different things. (For instance, the proverb above.) Sometimes we see things very similarly, other times we see things very differently. At first it might be disconcerting, but if you have a solid sense of your own faith, the conflicting data can often give all sorts of three-dimensionality to what we already believe — it gives perspective.

For other people, however, I honestly don’t recommend this kind of study, if they have a shaky faith and some wounds from abuses or errors in their church past. What will happen is that looking at two conflicting portrayals of reality will simply cause confusion.  You need to have a dominant “eye” that gives you the final say. Sometimes you might modify what you think when you hear something new, but sometimes it’s necessary to reject ideas that are incompatible with what you know to be true.  People who grow the most from this kind of study are ones who have a solid faith, but are not “brittle” — unable to deal with any kind of new information that might threaten them.

So when people ask me how to start learning about your Jewish roots, I’d say that before studying anything else, you should have a good basic knowledge of the Bible and traditional Christian beliefs, and know why you believe. It takes a mixture of humility and self-questioning, and confidence about convictions to survive in this field. And a lot of prayerful discernment.

As Tevya said, on the one hand… but on the other hand…