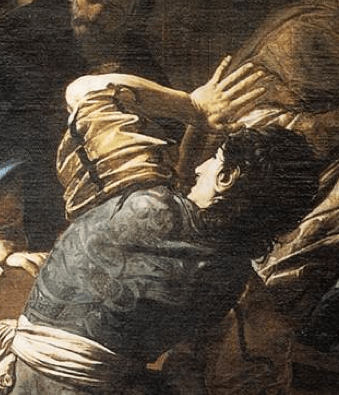 During the week of the Passion God was fully in control, allowing evil men to put to death his righteous Son. Even the details that we may not have known are actually part of what was prophesied about the coming of the Messiah, and they show how God worked out his plan.

For example, one of the roles of the Messiah was to enter the temple and purify the priesthood. Malachi says:

“See, I will send my messenger, who will prepare the way before me. Then suddenly the Lord you are seeking will come to his temple; the messenger of the covenant, whom you desire, will come,” says the LORD Almighty.

But who can endure the day of his coming? Who can stand when he appears? For he will be like a refiner’s fire or a launderer’s soap. He will sit as a refiner and purifier of silver; he will purify the Levites and refine them like gold and silver  (Malachi 3:1-3).

This is likely why Jesus entered the temple and prophetically cleansed it as soon as he had formally announced his Messiah-ship by entering Jerusalem on a donkey.

Another place we see fulfilled prophecy is in the words of Jeremiah 23, which were also about the corrupt leadership that caused God to destroy the temple in Jeremiah’s time. Here they are called evil shepherds:

“Woe to the shepherds who are destroying and scattering the sheep of My pasture!” declares the LORD.

Therefore thus says the LORD God of Israel concerning the shepherds who are tending my people: “You have scattered My flock and driven them away, and have not attended to them; behold, I am about to attend to you for the evil of your deeds,” declares the LORD.

“Then I myself will gather the remnant of my flock out of all the countries where I have driven them and bring them back to their pasture, and they will be fruitful and multiply. I will also raise up shepherds over them and they will tend them; and they will not be afraid any longer, nor be terrified, nor will any be missing,” declares the LORD.

“Behold, the days are coming,” declares the LORD, “when I will raise up for David a righteous Branch; and he will reign as king and act wisely and do justice and righteousness in the land.” (Jeremiah 23:1-6)

Here the coming of the Messiah is linked to the destruction of corrupt leaders. This is also true in Ezekiel 34:1-23, where God himself re-gathers his sheep, punishes the “shepherds” that are abusing and robbing the people, and sends the Messiah to reign over them.

Now Jesus’ words in John 10 take on new depth, as we see who the “thieves and robbers” really were:

So Jesus said to them again, “Truly, truly, I say to you, I am the door of the sheep.  All who came before Me are thieves and robbers, but the sheep did not hear them. I am the door; if anyone enters through Me, he will be saved, and will go in and out and find pasture.

I have other sheep that are not of this sheep pen. I must bring them also. They too will listen to my voice, and there shall be one flock and one shepherd.”  (John 10:7-11, 16)

Here, the “good shepherd” is the one who opposes the bad shepherds and gathers his people together, the faithful Jews who recognized him as their true King. It also included the Gentiles who are ”not of this sheep pen.” Jesus was alluding to the passages in Jeremiah and Ezekiel to explain his mission. 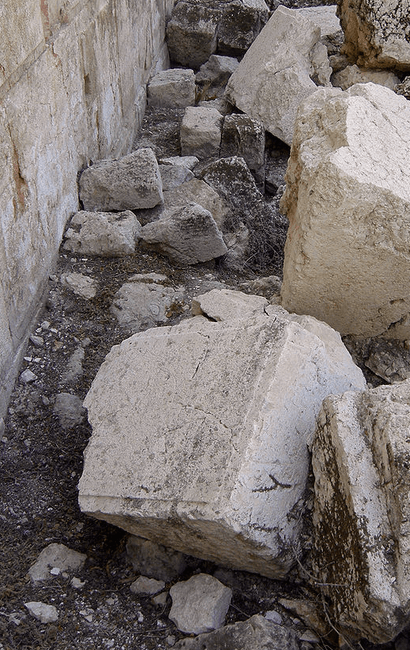 Jesus also prophesied that the temple would be destroyed and another one would be built without hands (John 2:19, possibly quoted in Mark 14:58). In one sense, he was speaking about his body, but it is possible that he was also speaking about the church.

When the Spirit was poured out on the believers on the day of Pentecost, God’s Spirit that filled the temple had found its new “house.” The early church understood this to be the case, speaking often of the believers as being God’s temple (see Ephesians 2:19-22; 1 Peter 2:4-5).

This too was a fulfillment of prophecy, as Jesus was the true “Son of David,” who like Solomon would be commissioned to build the temple.1 Zechariah 6:12-13 also speaks of the Messiah as the one who would build the temple, sit on the throne, and be its new High Priest. Once again Jesus fulfilled prophecy in surprising ways.

It is amazing how a few details about first century Judaism can shed new light on the story of Jesus’ Passion and the founding of the early church. Rather than undermining the power of the story, seeing its historical context shows even greater ways that God used Jesus’ death and resurrection to accomplish his plan.

We also see that the Jewish people as a whole were not responsible for his execution, although, of course, we all are to blame for Jesus’ death for our sins. From the beginning of history, God had planned to use human corruption to establish Jesus as King and High Priest of a kingdom that would have no end.

[Read Part I: The Booths of Annas]
[Read Part II: Who Rejected Jesus?]

1 See the article Builder of the House, at EnGediResourceCenter.com.