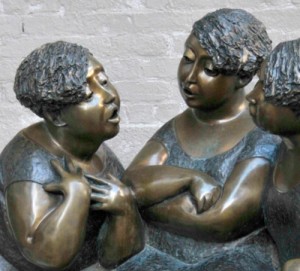 Wouldn’t it be nice to be able to leave a room knowing that no one will say anything unkind about you? Or to not need to worry that a co-worker’s coolness is because she got wind of your comments about her over lunch last week?

We can preserve a friend’s marriage with our wise counsel. Or we can shred the self-worth of a child with criticism, or incinerate a friendship with gossip. We all fail daily at being consistently Christ-like in what comes out of our lips.

Is there any way to improve what comes out of our mouths?

Lashon hara is recounting to your co-workers about how the boss messed up his presentation. It’s pointing out to your wife how poorly the worship leader sings. It’s complaining to your sister that your husband forgot your birthday yet again. Any sentence that starts with “She’s a great person, but it’s annoying when she…” is always going to end in lashon hara.

This habit tears down friendships, demeans others, and undermines trust. There are, of course, a few times when a person needs to relay damaging information, but outside of that, this kind of negativity is frowned upon in Jewish law.

We often justify our words with, “Well…I didn’t say anything untrue!” But the Golden Rule states that you shouldn’t do to others what you wouldn’t want done to you. If you’d be hurt and embarrassed by having your own flaws revealed, you shouldn’t share those of others.

Sharing negative information is generally only permitted in situations where people may be adversely affected if they make a decision without it. For instance, if a friend is considering going into business with someone you know is dishonest, you should tell the friend. But even then, you should share only facts you know and not unfounded hearsay.

Why do we gossip about others? One major reason for lashon hara is our desire to elevate ourselves by tearing others down. Paul has a solution to this problem: “Do nothing out of selfish ambition or vain conceit, but in humility consider others better than yourselves. Each of you should look not only to your own interests, but also to the interests of others” (Philippians 2:3-4). If we genuinely care as much about others as ourselves, we will try to protect their reputations as much as we do our own. 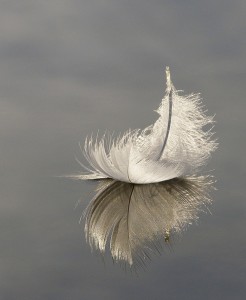 A story is told of a habitual gossip who finally decided to repent of his sin. He knocked on the door of the village rabbi and asked, “Is there something I can do to make amends?”

The rabbi stroked his beard and replied, “Go home and come back with a pillow.”

Relieved, the man soon completed the odd errand. Would such a simple gift be all that was needed to atone for this sin?

When he returned, the rabbi continued. “Now, slice it open.”

It was a windy day, and the breeze picked up the feathers, wafting them over the housetops and into the fields.

“Now, go gather all of the feathers again and put them back in the pillow.”

“But that’s impossible!” exclaimed the man.

“In the same way, it’s impossible to repair all the damage that your words have done.”

(Excerpt from “How to Have a Kosher Mouth” (adapted) in Walking in the Dust of Rabbi Jesus, Zondervan 2012. Photos: Serge Melki, treehouse1977)