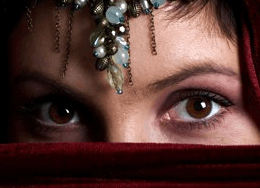 When we read our Bibles, we usually assume that the women of the Bible had few options. Relative to men, they always got the low end of the stick on everything. Is that really true though?

Believe it or not, women in the Bible actually did have one advantage over men, and it explains some of the odd heroines we find in the Old Testament, like Ruth, the Moabitess, and Rahab, the prostitute. They were not even Israelites, yet these foreign women were singled out for praise.

In the New Testament, this “advantage” explains (in part) why we find so many foreign women becoming believers in the early church. What could this be?

In the Ancient Near East, each tribe had its gods, and the gods a person served were determined by their family. A man was obligated to serve the gods of his ancestors, but if a woman married out of her tribe, she was expected to worship the gods of her husband’s family. 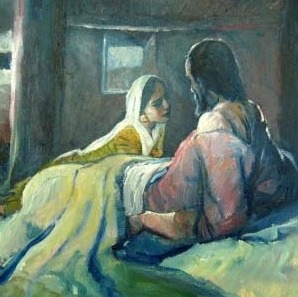 In the case of Ruth, this social expectation resulted in her being one of the few people in the Old Testament who actually had the freedom to “change” gods. Ruth was a Moabite by birth, but she married the son of Naomi, an Israelite. When Ruth’s husband died, everybody’s expectation was that she would go back to her people. But she consciously chose to cling to Naomi and her new family, and bravely put her faith in their God too:

Don’t urge me to leave you or to turn back from you. Where you go I will go, and where you stay I will stay. Your people will be my people and your God my God. (Ruth 1:16)

Nowadays we read Ruth’s story assuming that her actions were due to her personal affection for her mother-in-law. But Jewish commentaries have always understood her decision to be primarily theological. Ruth is portrayed as a “practically perfect proselyte” in many rabbinic writings.

The very fact that Ruth, as a woman, was expected to worship her husband’s God was what allowed her to choose the God of Israel. By not remarrying, she was making a decision to leave her tribe’s god behind. Why did she? Well, the god of Moab was Chemosh, and sacrificing children was part of the tribe’s ritual practices. Perhaps Ruth abhorred the thought as much as God did.

The Faith of Rahab

There is another story like Ruth’s. Rahab the Canaanite prostitute also placed her faith in Israel’s God and hid Joshua and the spies. In her case, she confesses that it’s because she realizes that Israel worships the true God of all creation:

We have heard how the LORD dried up the water of the Red Sea for you when you came out of Egypt, and what you did to Sihon and Og, the two kings of the Amorites east of the Jordan, whom you completely destroyed. When we heard of it, our hearts melted and everyone’s courage failed because of you, for the LORD your God is God in heaven above and on the earth below. Joshua 2:10-11 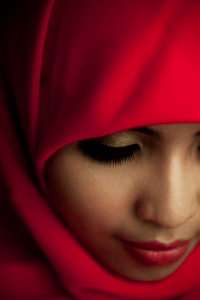 I wonder if Rahab had more freedom to make this decision because she was a prostitute and therefore excluded from the marriageable women of her tribe. In the Ancient Near East, no man would stand for having a wife who was a prostitute. Maybe she had been divorced, or maybe she had been widowed and prostitution was her only option. But since Rahab was at the very bottom of her society, no one likely cared who she worshiped.

It’s ironic, isn’t it? Those who we think of as the most helpless, the women who were widowed or divorced, were the ones who could choose the God of Israel! That’s a pretty big advantage, I’d say.

In the New Testament

In the New Testament we see something similar. Many of the Gentile God-fearers were women, and they were a large proportion of Paul’s first converts. They had more freedom to learn about other religious worship than their husbands, who were obligated to be strictly loyal to the gods of their ancestors.

The idea of conversion really was a momentous change between Old Testament and New Testament. In the Old Testament, only Israel was expected to worship God. But through Christ’s victorious death and resurrection, he had defeated the demonic “gods” who were reigning over this world. Christ had been seated on the throne in heaven to reign on behalf of the true God, and now all people were expected to bow down to him.

That’s how Paul explains it to the Athenians. In his speech, Paul says that before Christ’s coming, God overlooked man’s ignorance and worship of other gods. But now, God “commands all people everywhere to repent. For he has set a day when he will judge the world with justice by the man he has appointed. He has given proof of this to all men by raising him from the dead.” Acts 17:29-31

That was really a shock to the first Jewish believers. They knew that God had promised a Messiah who would reign over Israel, who would also rule over the world. They assumed that this king would have great earthly power. But the key battle that Christ won had been going on in the heavenlies. Because of it, people were abandoning other gods to put their allegiance in the God of Israel. There was just no precedent!

Well, there was Ruth, and there was Rahab… but they were just women, after all.

For more on Ruth as a model proselyte in Jewish tradition, see this link. Rahab is also considered a model of true faith in James 2:25 and Hebrews 11:31. Early rabbinic literature also portrays her as a model proselyte. See Leila Bronner, From Eve to Esther: Rabbinic Reconstructions of Biblical Women (Louisville, Ken.: Westminster John Knox Press, 1994), 148-50.

Post script: I should clarify that I’m speaking of this “advantage” in an ironic way. I’m not applauding it, I’m just pointing out this aspect of ancient Middle Eastern society. This expectation of women is partly why Israelite men would sometimes marry foreigners, because it was assumed that they would “convert.” But women were often loyal to their gods, so some brought in practices like “weeping for Tammuz” (Ezekiel 8:14) and giving offerings to the “Queen of Heaven” (Jeremiah 7:18.) Some influential women, like Solomon’s wives and Jezebel, the wife of Ahab, were famous for advocating that Israel worship foreign gods.