One hazy late August morning a few years ago, I nearly lost my way in the desert. I was so dehydrated, deflated and defeated, that I nearly gave up the hike. 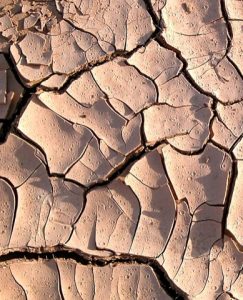 For nearly a year I had been trekking through the Torah week by week for my morning Bible study, taking part in the centuries-old Jewish tradition of reading Genesis through Deuteronomy in a  year.

For months I had been journeying with the newborn nation. We had escaped together from Egypt and groaned through the unending hike, munching on manna the whole way.

We felt the grit and heat of the laws of Leviticus, and grimaced at all the desert rebellions of Numbers. Sure, there were many thrills along the way. But as we neared the end, it did truly feel like I had been wandering for forty years in these dusty, ancient texts.

It seemed appropriate, then, that we read Deuteronomy in the summer heat of August.

Each morning the rasp of cicadas filled the air as I listened, breathlessly, alongside the Israelites to Moses’ final desert decrees to the newly-birthed nation of Israel, just as they were about to set foot in the Promised Land.

After a lengthy reiteration of the terms of their covenant, Moses finally ends with list of wonderful, delightful promises. If Israel would love and serve him, God would heap on blessing after blessing. Their flocks would multiply, their armies would prevail, and their barns would overflow. (Deuteronomy 28:1-14)

But if they abandoned their covenant to serve idols, what fearsome curses would befall them! Page after page of Deuteronomy the curses went on, through chapter 28 and then on through 29. Every morning, day after day, God’s curses greeted me, each day’s reading leaving me more horrified than before.

Plagues and drought and blight and mildew;

boils and sores and blindness and madness!

I was aghast by the most dreadful prediction of all, which came at the very end—that newly-hatched little Israel would be driven from its beautiful homeland to remote nations, where its people would be enslaved to the vile idols that led them astray. Their lovely land would become a burning wasteland of salt and sulfur. All of God’s redemption would be undone.

These final dire curses almost crushed me. I knew that these bleak, tragic prophecies would eventually come true centuries later during the Babylonian exile. And that they would echo on in the pogroms and persecutions of later centuries.

Here we were, right on the cusp of the Promised Land! After these shocking prophecies from Moses, how could the Israelites have strength to go on?

I admit it. For a week or two, I shelved my Bible. Only a few chapters from the end of the Torah, I was on the verge of quitting. It seemed so hopeless.

Finally, one morning as I sipped my coffee, I cracked open my Bible and turned the page to Deuteronomy 30:

I sat there stunned. After all those grim pronouncements, here finally was hope. No matter how many million miles away Israel wandered from God, physically or spiritually, if they would only repent, God himself would bring them back.

This prophecy might just sound like it’s only about a physical return to the land. But in Jewish thought it’s always been understood as promise of spiritual restoration, to be welcomed back into God’s loving arms. The next verse makes this abundantly clear:

Part of why we miss this powerful promise is that we don’t grasp the implications of the word shuv, which is repeated over and over throughout vs 1-10. In Hebrew, “shuv” has two senses. It can refer to the physical act of returning or of turning one’s body around. But it also describes the inward, spiritual act of repenting, of changing one’s mind. If the people would shuv, God would cause them to shuv. God’s promise was both physical and spiritual. If they repented, he himself would restore fellowship with them and give them new hearts to love him. 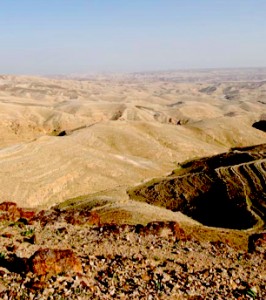 Wow. How shocking. Moses had hardly finished listing the curses before God interrupts him. You can still hear Moses’ last thunderous woes echoing off the mountains when God taps Moses’ shoulder and whispers, “Wait—don’t forget to tell them that there’s still hope.”

How will God fulfill this promise? That’s what the rest of the Bible, both Old and New Testament, are about. When God’s people wandered from him, the prophets reminded them of God’s anger, but also his promise that he would restore them spiritually and physically, if they would only repent.

Ultimately, Jesus is God’s answer to this promise to his people that he would seek them and bring them back to himself. He himself would atone for their sins, and pour out his Spirit on them to give them new hearts that long to do his will.