About 20 years ago I helped lead a Passover Seder at my church before the congregation gathered for a Maundy Thursday service. Acting out the events of Christ’s last fateful evening led to an experience caused me to rethink how I read the story of Christ’s arrest and death. I wrote about this in Sitting at the Feet of Rabbi Jesus. See below. 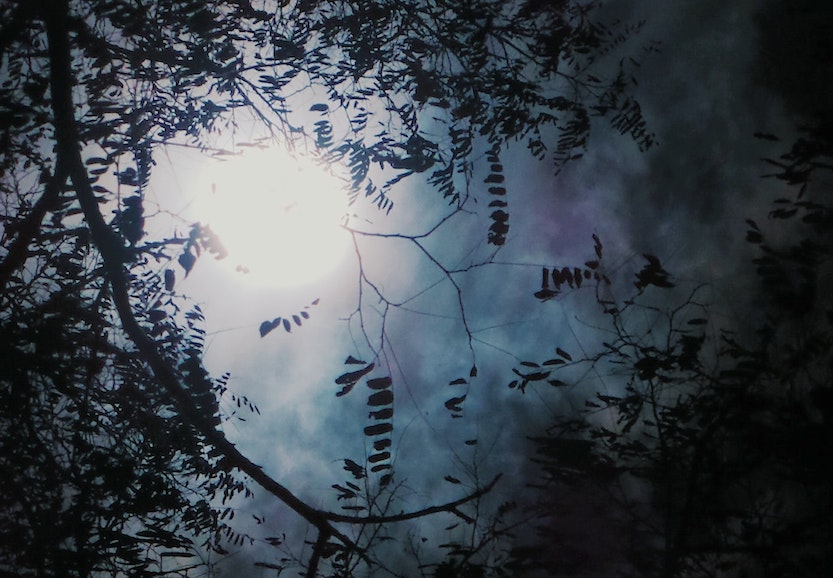 The full moon of Passover stared down at Jesus, its light filtering through the shivering leaves of the olive trees, their branches trembling in the early April breeze. Despite the evening chill, sweat glistened on his forehead. Still praying, he stood and then peered into the darkness, listening to a distant murmur of voices. One of his own talmidim, Judas, was approaching. Trailing him was a mob of soldiers, snaking up the hill.

Under a nearby tree, Peter, James, and John were lying in a heap. Twice, Jesus had pleaded with them to stay awake, asking them to keep vigil with him on this, the most difficult night of his life. Yet there they were, wrapped in their heavy woolen talits, mouths agape and snoring softly, oblivious of the approaching threat…

Whenever I think back to this scene from Gethsemane, I can’t help but wonder about Jesus’ narcoleptic disciples. How could they have fallen asleep when their beloved rabbi had implored them to stay awake and remain alert? How could they have nodded off when the climax of salvation history was about to take place? I couldn’t imagine a satisfactory answer, and this was just one of many questions that filled my head whenever I thought back to that fateful week.

I remembered previous Palm Sunday services I had attended, where only minutes after the children stream down the aisles, joyously waving palm branches to celebrate Jesus’ triumphal entry into Jerusalem, the mood shifts, turning solemn as the gospel account of the passion is read. Why were the crowds in Jerusalem so fickle, adoring Jesus one week and then hating him the next?

And why, I wondered, did Jesus choose a Passover Seder to celebrate the last meal of his life?

Fast forward, now, two thousand years, to the fellowship hall of my church, on the afternoon of the Thursday before Easter, known as Maundy Thursday. We are setting up for a Passover Seder. As Gentile amateurs we are doing our best to recreate the Last Supper, giving ourselves a chance to meditate on its significance. Perfect historical accuracy isn’t the point. Our goal is to relive a little of Jesus’ final evening with his disciples so that we can better appreciate the Maundy Thursday service.

All afternoon the church kitchen bustles with clattering pans and chitchat as we hurry about our tasks, cutting parsley, boiling eggs, and spooning horseradish onto plates. When we finally sit down, I am famished. 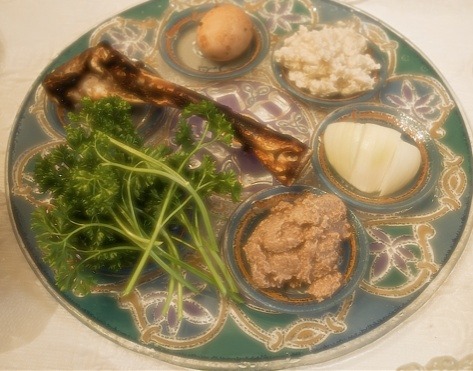 The time ticks by as I endure the long Seder liturgy, with just a bite of parsley dipped in salt water and dry, cardboard-like matzah (unleavened bread) smeared with horseradish to tide me over. When we finally dig into our simple meal of lamb stew, I devour my humble feast! Afterward, I hurriedly help with clean up and then slip into the back of the service, which has already begun. The liturgy is mournful and solemn.

The events of the day have taken their toll on me—the non-stop preparations, beginning the Seder feeling famished, and then overeating to compensate. I feel a crushing lethargy sweep over me. Over the next hour, the sanctuary lights gradually dim to complete darkness. I can barely see through shuttering eyelids. As the service rolls on, I rouse with a start. Did someone call my name? I can almost hear the disappointment in Jesus’ voice. “Could you not watch with me just one hour?”

Suddenly, I understood why the disciples found it so hard to stay awake! And they had an even better excuse than I had. Traditional Passover celebrations involved a huge meal plus four cups of wine, and they started at sunset and went well past midnight. What’s more, they took place after several days of exhausting travel and preparation. Certainly everybody in Jerusalem would have wanted to crawl straight into bed after their late-night feast. Aware of this perennial problem, the rabbis ruled that a person who dozed lightly could remain a part of the dinner, but anyone who fell sound asleep could not.

Our amateurish attempt at reliving the Last Supper led to other insights on the final hours of Jesus’ life. I realized, for instance, why the leaders had plotted to arrest Jesus after the Passover meal. A man so wildly popular couldn’t have been arrested in broad daylight. To avoid an uprising, the chief priests had to proceed in secret. So they let Judas lead them to Jesus while he was outside the city. Passover was the perfect choice, because every Jewish family would be celebrating the feast that started at sundown.

A Trial in the Wee Hours

Jesus’ arrest and trial proceeded swiftly, occurring during the wee hours, when most of his supporters were in bed. Peter’s denials happened as the rooster crowed, around four or five in the morning. According to Mark’s Gospel, Jesus’ final sentence was handed down at sunrise (Mark 15:1). One has to ask, what group of people were around at the crack of dawn on a major Jewish holiday to shout crucify him? Mostly corrupt priests and Roman soldiers who wanted to kill Jesus.

But there’s more. Jesus was crucified at nine in the morning—the time of the first Temple service of the day! The authorities knew they had to finish their secret trial before the crowds re-entered the city. And indeed, as Jesus was carrying his cross out of town, his supporters reappear, weeping out loud as they see him being led to his death (Luke 23:27). His followers had just learned of the events that had transpired the night before.

Prior to our Passover Seder, I had always thought the crowds unimaginably fickle, cheering Jesus one day and then shouting for his head the next. But Jesus’ supporters never changed their minds! How could they have when they were not even present at his arrest or trial? The entire plot unfolded after the Passover festivities, while most people were sound asleep. 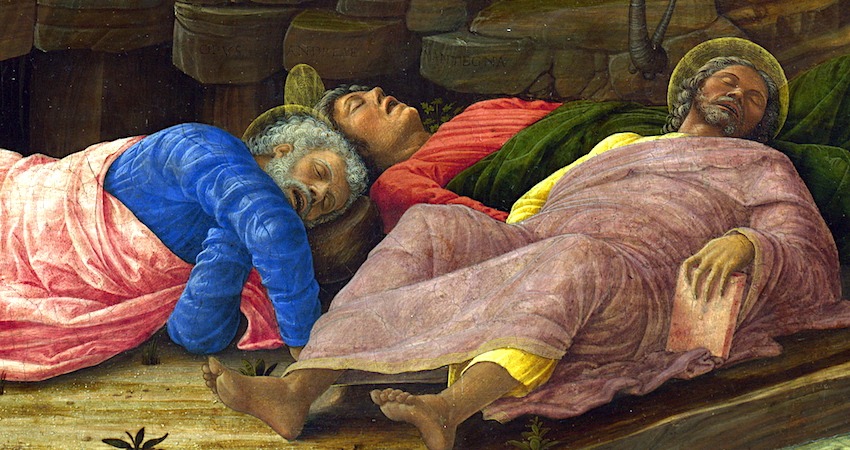 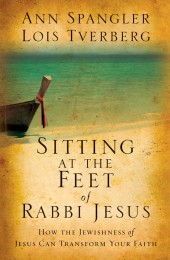 The chapter “A Passover Discovery” is from Sitting at the Feet of Rabbi Jesus by Spangler and Tverberg, Zondervan 2009. More info and the option to order available at the link.

You can also download a pdf called “A Taste of Passover” which contains both the chapter excerpt and instructions for celebrating a simple Passover Seder with your family.