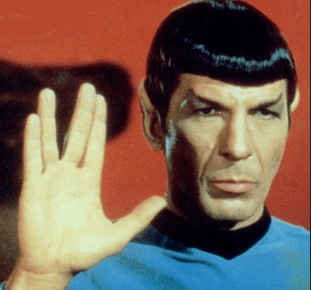 Even if you didn’t watch Star Trek, you probably know what Mr. Spock’s Vulcan greeting, “Live Long and Prosper” looks like.

If you were a die-hard fan (like me) you might have heard that Leonard Nimoy was Jewish and invented it based on his recollection of synagogue services as a child.

It’s traditional for the men who have descended from priestly families to stand up at the end of the service and pray the Aaronic blessing over the congregation, as God tells the priests to do in Numbers 6:22-27:

The LORD said to Moses, “Tell Aaron and his sons, ‘This is how you are to bless the Israelites. Say to them: “‘The LORD bless you and keep you; the LORD make his face shine upon you and be gracious to you; the LORD turn his face toward you and give you peace.”’  “So they will put my name on the Israelites, and I will bless them.”

As they do so, they lift their prayer shawls over their heads and make the symbol of the Hebrew letter “shin” with their fingers with both hands. You see this illustrated on some gravestones of priestly families. They often have names like “Cohen” (meaning “priest”) or various forms of “Levi” (Levine, etc). If you want more information on how this ritual is performed today, see the wikipedia entry on “Priestly Blessing.”

Or better yet, listen to Leonard Nimoy himself describe what it was like in this delightful video about how he invented “Live Long and Prosper.”

If you think about it, “Live long and prosper” is actually not too far from the meaning of “May the Lord make his face shine upon you and be gracious to you.” Nimoy has just given it a modern spin.

What I find fascinating is how universal the Aaronic blessing is. For thousands of years, Christian services have ended with this benediction, a practice that descended from the synagogue service. As a kid in the Lutheran church, I heard it every week.

Even more fascinating is the antiquity of this practice. Since well before the first century, this blessing has been a part of Jewish worship. The Mishnah describes the practice of the levitical blessing in the pre-70 AD Temple in Jerusalem. There too, the Levites raised their hands over the congregation as they prayed.

Hmm, would Jesus have recognized “Live Long and Prosper”? Well, in a way, yes! He heard the original words that it was based on. 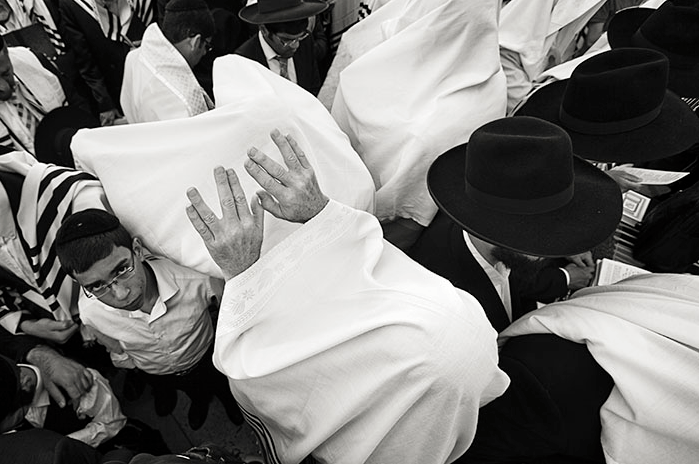 Top 10 Articles of 2014 at OurRabbiJesus.com