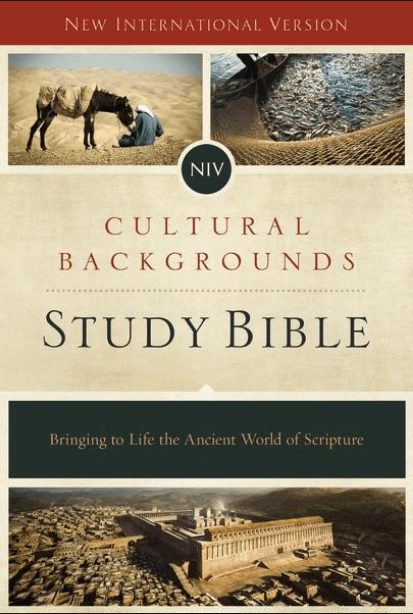 People often ask me where they can find a Bible that includes the cultural background that I write about, so I wanted to mention a brand new resource that is excellent: the NIV Cultural Backgrounds Study Bible (Zondervan, 2016).

The commentary was edited by two evangelical scholars who are well-known for their expertise on historical context: John Walton (OT) and Craig Keener (NT). Here, they’ve assembled an enormous body of notes from their own work and others. 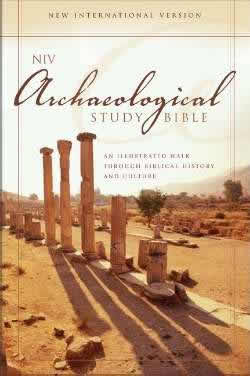 On first glance, the CBSB reminded me of the Archeological Study Bible (NIV, Zondervan 2005). Both overflow with full-color photos, timelines, graphs, maps and side articles. The CBSB, however, includes much more verse-by-verse commentary. About a third of each OT page and over half of each NT page are filled with notes. The Archeological Study Bible includes a lot of topical articles, but far fewer notes. Comparing them side by side, I can see that the new CBSB really does provide quite a bit more content. (See my snapshots below.)

My favorite things about the CBSB:

1. The New Testament commentary. Craig Keener has an amazing knowledge of contextual issues. He’s also quite even-handed toward the Jewish context of the NT. Other religious teachers aren’t automatically portrayed as arrogant legalists, and Jewish ideas of the first-century era are well-explained. This alone makes the CBSB well worth getting.

2. A very nice chart of Hebrew words that have no exact English equivalent. I like the fact that the editors are making readers aware of their potential deeper meanings, something I often write about. It’s not extensive, but it’s a good start.

1. The commentary is slightly hard to read. The paragraphs at the page bottom blend together because the font is quite thin. It seems like the editors had so many notes to share that they tried to squeeze them in as tightly as possible. Ironically, the CBSB’s strength is its weakness — its massive commentary. Honestly, I’d say that readability isn’t that big of a problem. I’m really only mentioning it because Amazon reviewers seem to be obsessed with this minor issue. Decide yourself from the photos above.

Update, November 2019 – I chatted with the Zondervan Bible editors this week at a conference and they showed me that they fixed the printing issue with the commentary. It’s much more readable now.

2. Not a lot of cross-references. Readers will be surprised at how little discussion of there is of textual connections. This, to me, is a critical a part of “context” that Christians tend not to know about. I’m guessing it’s because not everything can fit in one book. The CBSB focuses on the physical, cultural setting and not on inter-biblical ties. Readers should be just aware that they’re only getting a “slice” of context, and seek other information elsewhere. (Like the Commentary on the New Testament Use of the Old Testament by Carson and Beale.)

3. The lack of discussion of the OT’s Jewish context. This, to me, is a bigger issue. As I just said, every book has finite space, and this one is already bursting its seams. John Walton has great expertise in Ancient Near Eastern (ANE) studies, so he includes voluminous data on neighboring people groups. The commentary seems very lopsided though, fascinated with the wider Mediterranean world but not the history of Israel itself.

What I’d notice is that passages that were enormously significant to Israel’s history would get little comment. Instead the tiniest parallels to other groups in the ANE would be highlighted.

I understand Walton’s focus on physical data, but the lack of interest in Jewish religious history creates a hole in this commentary.

Keener did not have this problem. His NT commentary includes a lot of useful information on Jewish context. Years ago, people used to routinely write “contextual” NT commentaries that waxed eloquent on every facet of the Greco-Roman world, yet would be devoid of discussion of its Jewish reality. I’m happy to see so much more balance here. 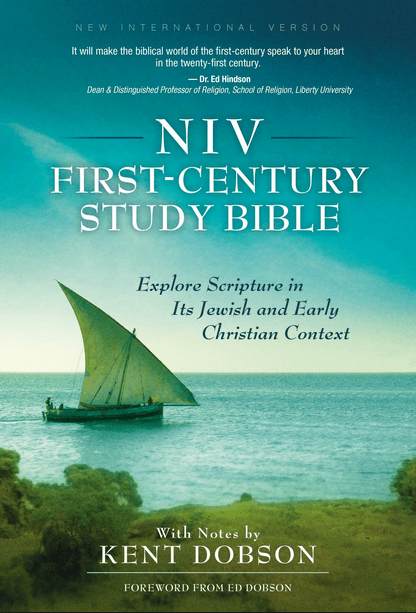 As long as I’m reviewing study Bibles, there’s one other new one that I should mention, the NIV First-Century Study Bible (Zondervan, 2014), with commentary by Kent Dobson. It also focuses on the Jewish context of both OT and NT. Dobson is a former pastor who studied in Israel and has led several study trips to the Land. He’s assembled notes from many excellent Jewish scholars and interspersed it with Hebrew words and sidebars on related issues.

My main caveat is to conservative Evangelicals, who will find Dobson’s indecisive comments and rabbinic quotes frustrating. There’s a lot of good material, but some thoughts seem out of place here.

This Bible also looks a lot like the Archaeological Study Bible, only “decorated” with little Torah scrolls and Hebrew words in the text. A snapshot is below.

A Better Source for Context

Christians who want to study the Bible in context are not constrained to NIV study Bibles. I absolutely love the five volumes of the JPS Torah Commentary Set. 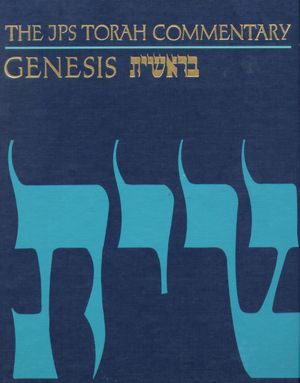 The authors, Nahum Sarna, Baruch Levine, Jacob Milgrom and Jeffrey Tigay are academic giants who have transformed their fields. Their commentaries include extensive data from the wider Ancient Near East, but they don’t neglect the text’s relevance to the people of Israel. As a result, they shed enormous light on how the Bible was actually lived out, including in Jesus’ world.

These commentaries are just made of gold — I wish more Christians knew about them, as well as the other work of these scholars. I’ve written about them before. See my post, A Christian’s Favorite Jewish books on the Bible.

Please note: Zondervan did give me review copies of the CBSB and FCSB. I love free books, but they did not influence my reviews. Links on this page go to Amazon.

One general note about study Bibles: Commentary writers have no influence on the translation of the Bible text – they only write notes in the study section below. Deciding which translation version is used in a study Bible is the decision of the publisher, and it’s usually the one they published. Zondervan is the owner of the NIV, having sponsored all the translation work involved, so almost every commentary that Zondervan publishes is based on the NIV. Other publishers will use the versions that they have rights to print.

Which is Bible translation is best? That’s a completely different issue. I wrote an article about that here: Speaking is Painting: Why No Translation can be “Perfect.“

Once again, don’t miss my earlier post about some outstanding Jewish commentaries on the Bible.