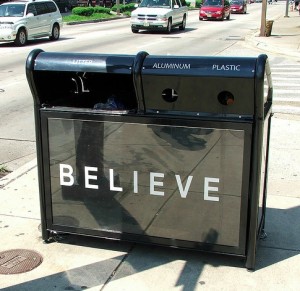 What do we need to believe to be saved?

What if we can’t be perfectly sure of the absolute accuracy of every biblical document that has been preserved? Are we in trouble?

I’ve seen a lot of folks get tied up in knots over this.

I’d like to suggest that there’s actually a simple answer, but it’s not the standard one you’ve heard.

As the New Testament writers meant it, “believing in Christ” is not quite what you think it means, unless you know its original context.

Of course you need to have some factual knowledge, but this is still not, at its essence, what “believing in Christ” is about. But we read right past it.

The gospel of John talks about “believing” more than anyone else. Listen to this key line at the conclusion of his work:

Therefore many other signs Jesus also performed in the presence of the disciples, which are not written in this book; but these have been written so that you may believe that Jesus is the Christ, the Son of God; and that believing you may have life in His name. (John 20:30)

First, note that John dismisses the idea that one needs to know everything about Jesus’ life. John was aware of other deeds and sayings of Christ, but he didn’t include them in his book, because knowing every fact about Jesus was not necessary. What is critical is not that one believes a list of facts, but believing one single thing – that Jesus is the Christ.

In essence, “Christ” means “anointed one,” and it alludes to fact that ancient kings were anointed at their coronation. So, to believe that Jesus is “God’s anointed” is to recognize that he is is the one who God appointed to reign over his eternal kingdom. (See my article about what “Christ” means for more.)

Believing in Christ is not About Facts but Authority

“Believing in Christ” is not about facts per se, but about believing in Jesus’ authority to reign over God’s kingdom. It means that you realize that all of humanity is ultimately answerable to him. It also implies that you’ve put yourself under his reign. 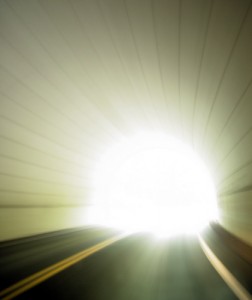 That’s why we talk about “accepting Christ” or “receiving the Lord” when we talk about people becoming Christians. It’s because people have acknowledged Jesus’ true authority and made a decision to put themselves under it.

Look at how this makes sense of the Gospels. Matthew, Mark and Luke talk about “entering the Kingdom of God” while John’s gospel speaks of “believing in Christ.” If you understand that “believing in Christ” is about acknowledging Jesus as God’s true King, then the four Gospels fit much better together. Jesus was announcing the coming of God’s kingdom to earth, with the implication that he was the one who was bringing it. Believing in him as the Christ is to receive him (and God) as king.

If you believe in Christ’s ultimate authority, it also means that you aim to follow his commands. Listen to John 3:36 with this in mind:

“He who believes in the Son has eternal life; but he who does not obey the Son will not see life, but the wrath of God abides on him.” (John 3:36) 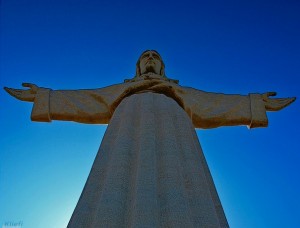 e how “believing” is put in parallel with “obeying.” This seems strange, doesn’t it? But if “belief” is really about believing in Christ’s sovereign authority, of course it means that one obeys what he says.

You can also hear this in Jesus’ words in Matthew 7:21:

“Not everyone who says to Me, ‘Lord, Lord,’ will enter the kingdom of heaven, but he who does the will of My Father who is in heaven will enter.”

Here a person calls Jesus “Lord” to acknowledge that he is God’s appointed king. But you really don’t accept his reign (which is God’s reign), unless you do what he and his Father want you do.

The Euaggelion is the Announcement of a King

This is also why Paul was utterly focused on preaching the euaggelion (gospel) of Christ. The word euaggelion refers to an official announcement that a new king has come into power. God had anointed Jesus his king and declared that every knee shall bow to him, and Paul was his ambassador to the Gentile world.

So what saves you?  Believe it or not, you don’t need to have every doctrinal fact straight. Salvation doesn’t come from your own brain!

What actually saves you from your sins is the atoning work of Christ on behalf of those in his kingdom. When you believe that Christ is God’s rightful, eternal king and you receive him as your king, you come under his reign.

That’s what you need to believe.