What does it mean to “hallow” or sanctify God’s name? 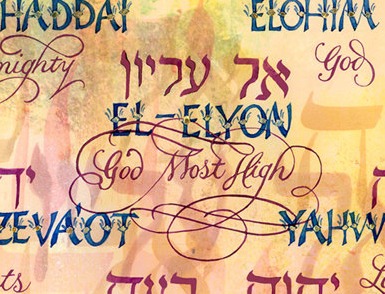 At first, God taught only Israel how to live, but he intended that they’d be a “light to the nations.” In a world where other nations prostituted themselves to idols and slit their babies’ throats on the altars of demons, the Israelites were to worship the true God and show how he wanted them to live.

Then, in the coming of Christ, God made his identity more clear. He revealed his heart for sinners and his sacrificial love. Then he sent out his disciples to “make disciples of all nations” (Matthew 28:19).

The overall idea is that God’s reputation would expand throughout the earth as people come to know who God is. Salvation ripples throughout the world as people hear good things about God, and accept Christ as their Savior. His ultimate plan is that “the earth be filled with the knowledge of the Lord, as the water covers the sea” (Isaiah 11:9). God’s kingdom will full come when God’s “name” is echad—when he alone is worshiped by all the nations (Zechariah 14:9).

To Hallow or Profane?

God’s reputation, his “name,” is therefore of critical importance for his plan of salvation. In the light of this, we can gain much insight from hearing rabbinic wisdom about what it means to “hallow the name”—Kiddush Hashem (ki-DOOSH ha-SHEM). Its opposite is Hillul Hashem (hi-LOOL ha-SHEM), to “profane the name.” These two phrases are rich with significance in Jewish tradition, having been used from the first century until today. 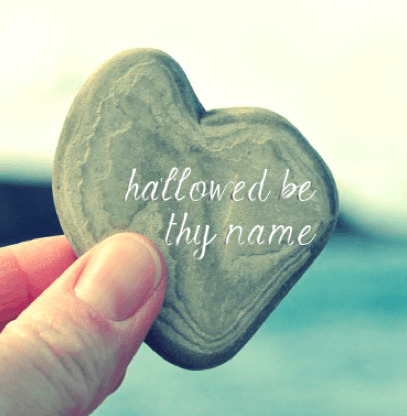 A story was told about Simeon ben Shetach, a Jewish sage who lived about a hundred years before Jesus. His disciples bought their impoverished teacher a donkey from a wealthy Arab trader, to ease their mentor’s daily burdens. When they combed through its mane, they found a jewel that had fallen from one of its expensive loads.

The disciples rejoiced at their teacher’s newfound wealth. But Shetach refused it, ordering his disciples to find the Arab and return the jewel. When the disciples located the trader, he was breathless at regaining his prize, declaring, “Blessed be the God of Simeon ben Shetach!”

Because of the rabbi’s great honesty, the foreigner gave praise to God. This is what it means, in rabbinic parlance, to “sanctify God’s name,” kiddush hashem. It means to live in such a way as to bring God glory among those who do not know him. The rabbis described it as one of three things: to live a life of integrity; to do some heroic deed, like risking one’s life to save another; or even to be martyred to honor God.*

The idea of kiddush hashem suggests an insight into an age-old debate among Christians. Some of us emphasize Christian witness as sharing the Gospel, using words to evangelize the world. Others feel that the best Christian witness comes through social action, by building houses for the homeless and meeting physical needs. Often we split into two camps, choosing one way or the other.

But the idea of kiddush hashem is to associate loving deeds with God’s reputation. Sharing the Gospel without caring for people’s needs comes across as hollow. But doing charitable acts without revealing that you’re serving Christ doesn’t sanctify God’s name either. When Jesus sent his disciples out, he told them to heal the sick and proclaim the kingdom, as he did himself (Matthew 10:7-8). Not one or the other, but both. We need both words and deeds to bring God glory.

In contrast, hillul hashem, “profaning the name,” is an extremely serious sin. A few examples clarify why this sin is so serious. Consider Nidal Hasan, who opened fire on a crowd of soldiers preparing for deployment at Fort Hood, Texas, killing thirteen. As he did so, he cried out, “Allahu Akbar” — Allah is great! But rather than bringing glory to Allah, the world silently wondered, “What kind of wicked god do you serve who commands you do such terrible things?” 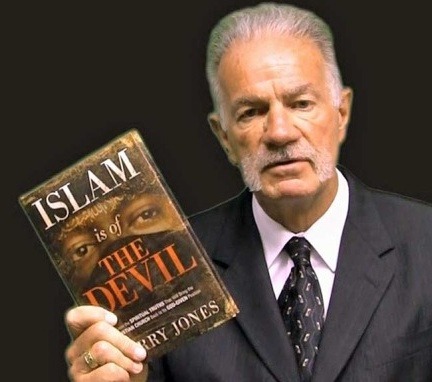 But the same could be said about Terry Jones, the Florida pastor who announced that he would burn the Qur’an on September 11, 2010 and carried through on his threat a few months later.

He intended to denounce the falsehood of Islam, but instead, he caused Muslims to despise Christ and see his followers as godless blasphemers. In their minds it proved that Jesus’ famous command to love one’s enemies had fallen on deaf ears. And Americans of all faiths were horrified that a pastor would recklessly endanger other people’s lives and foment war. His actions succeeded in bringing shame on the name of Christ around the world.

Even outside of the public eye, in the lives of average people, we can be guilty of hillul hashem. How many stories have we heard of people who were treated unfairly by fellow Christians, and have never returned to the church? They’ve declared, “I don’t want anything to do with you or your God.”

When a churchgoer is dishonest in business, rude to the neighbors, or uses pornography, it is a witness against Christ to the world around us. Each of us is easily capable of profaning God’s name, a very serious sin indeed.

Just as evil actions can damage the reputation of God in the world, good actions can bring him great honor. Jonathan Miles is a Christian who founded the ministry of Shevet Achim in Jerusalem. His team brings Palestinian and Iraqi children to Israeli hospitals for heart surgery. Their work has a powerful impact on the Muslims and Jews who see them regularly risk their lives, in the name of Christ, to serve others. And Muslim families are stunned by the compassion Jewish doctors and nurses show toward their children. 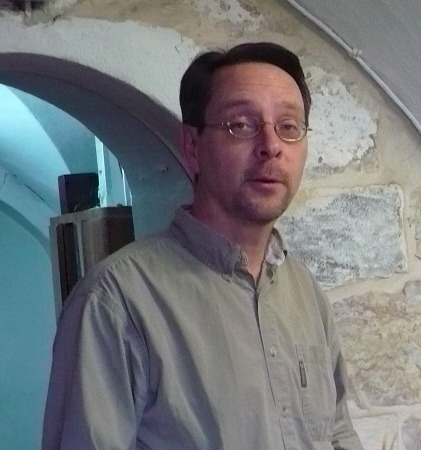 Once, Jonathan was at a police station in Gaza when a fearsome-looking Palestinian glared at him from across the room. The hulking man approached him and verbally assaulted him for several minutes, demanding to know why he had come to Gaza. (Jonathan later learned that he was a member of a terrorist organization, and was even being recruited to be a suicide bomber.)

Jonathan explained that he was expecting to meet the family of a child needing heart surgery. It was getting late though, and the people hadn’t yet arrived.

His questioner’s hostility deflated like a balloon pricked with a pin! Eager to help, the huge man led Jonathan from house to house through the village, knocking on each door to hunt for the family. The two have since become friends, and the man avidly seeks to know more about Jesus. That is the power of one obedient disciple—that by his example he could reach a would-be murderer, and cause him to consider following Christ.

The ultimate example of kiddush hashem, sanctifying God’s name, is Jesus himself. He himself declared, “I have made Your name known to them, and will make it known, so that the love with which You loved Me may be in them, and I in them” (John 17:26 NASB).

As God incarnate, his death on the cross proclaimed to the world that the God of Israel is a merciful, self-sacrificial God. No one who believes that Jesus is God can claim that God is cruel or uncaring. Jesus has proven otherwise through his own actions on our behalf. Because of Christ’s great sacrifice, God’s reputation has expanded to the ends of the world.

As Jesus’ followers, we are commanded to be like him, to bring his light to the world. As he said, “Let your light shine before others, that they may see your good deeds and glorify your Father in heaven” (Matthew 5:16). We need to always be aware that the world is watching, so that our actions reflect the holiness and love of the God we serve.

* The phrase “Kiddush Hashem” is known from some of the earliest rabbinic literature. In contemporary usage, it often has the more specific meaning of dying a martyr’s death for refusing to give up one’s faith. Over the many centuries of Jewish persecution, from the Inquisition to the Holocaust, there have been many instances where such martyrdom has occurred.

[This is an excerpt from the chapter, “The Mystery of the Name” in Walking in the Dust of Rabbi Jesus. For more information about the book, see this page.]

For more on how the ethics of Kiddush Hashem and Hillul Hashem apply in Jewish thought, see Joseph Telushkin, A Code of Jewish Ethics, Vol. 1: You Shall be Holy (New York: Bell Tower, 2006), 456-75. This is an outstanding book on Jewish and biblical ethics.

(The “name of God” image comes from a card on etsy.com.)