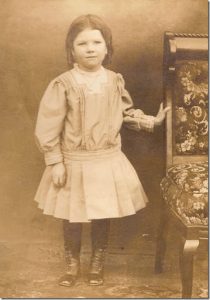 Religion that God our Father accepts as pure and faultless is this: to look after orphans and widows in their distress and to keep oneself from being polluted by the world.  James 1:27

When most of us read the word “orphan,” images of ragged Charles Dickens heroes come to mind. Or maybe famine-starved children in Africa. Thankfully, in modern countries relatively few parents die before old age. James’ words about looking after widows and orphans doesn’t seem to have much application for us, since we rarely encounter either.

But the Hebrew word for orphan, yatom, just as often meant “fatherless.” In the biblical period, if a child had a mother but lacked a father, he or she still was considered an “orphan,” because in that society, a single-parent family would be impoverished and unable to survive without help from others. Nowadays women have a greater ability to support themselves, so we no longer think this way.

In The Book of Jewish Values, Rabbi Joseph Telushkin makes an interesting observation about this. He points out that modern society has an ever-growing abundance of “fatherless” — those in single-parent families. With so many marriages dissolving and children born outside of wedlock, an increasing number of young people are now growing up lacking either a father or mother, or changing parents with each relationship.

Telushkin sees this group as the “orphans” of today, whose care is of special concern to God. Statistically, they are at greater risk of drug addiction, lack of education and employment. And even if these young people don’t lack in other ways, they are often deprived of a stable family structure. They don’t get to experience how two adults persevere through conflict and not call it quits. Without models for how to form long-lasting relationships and how to act as a mother or a father, they often pass this sad legacy on to the next generation too.

Almost every church and neighborhood has an abundance of “orphans” of this type. We can all name young people who could use a “big brother” or “big sister” who could benefit from our love.

Many divorced people, singles and elderly in our churches long to be connected into the family of Christ, like widows long for a husband. How hard is it for those of us with stable lives to befriend someone from a broken family?

Our society’s lack of “family values” is growing by the day. It’s understandable that many protest. But we may be more effective at stabilizing future families if we enfold a few young people into our own, to show them that they are truly loved.

(Image from Who Will Tell Their Story? blog)