[An excerpt from Walking in the Dust of Rabbi Jesus (Zondervan, 2012)]

My keys clattered onto the countertop, a relieved sigh escaping from my lips as I slipped off my Sunday coat. 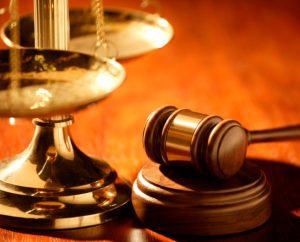 The morning had been filled with small irritations: the coffee I splattered on my new sweater, the nosy prayer chain coordinator who grilled me on every detail of my recent illness, the lady behind me who refused to shake hands during the service.

And I was still quivering with anger over the guy who nearly crashed into me on the way home from church—who knew speed-demons drove minivans?

But what had really ruffled my feathers that morning was another stiff conversation among the small group I recently joined. Today’s lesson was on Jesus’ words, “Do not judge.” The discussion had produced nothing but platitudes and strained silence.

A middle-aged mom proposed that once we take the log out of our own eyes, we can and should judge. But then a hip twenty-something with funky glasses challenged the group to truly love people by ignoring what we call “sin.” After a painfully long pause, an elderly man awkwardly countered by voicing his indignation about seeing the words “Do not judge” on a billboard put up by a local gay-rights group.

No one seemed to know quite what to make of Jesus’ words.

Few sayings of Jesus have caused more frustration than his words about judging. From everything else Jesus taught, we know Jesus wasn’t telling us just to turn a blind eye to sin. So we struggle to find a way to sort out sin without actually calling it that, so that we won’t sin by judging. Or we just file this line in the “impossible” category, like “love your enemy”—it sounds great and preaches well, but it’s well nigh impossible to actually live out.

But this teaching of Jesus’ grows much more applicable when we hear how it fits into the wider conversation going on among Jewish thinkers. From centuries before Jesus was born “judging” has been a topic of discussion, filtering down through the millennia to inform Jewish practice right up to today. Jesus was, in fact, building on some very wise thinking and bringing it to a new level.

In about 120 BC, Yehoshua ben Perachia, one of the earliest rabbinic sages, shared the following wisdom: “Judge each person with the scales weighted in their favor.” The saying evokes the imagery of the ancient marketplace, where a merchant measures out grain by pouring it into one pan of a hanging scale until it swings level with the weighted side. A friendly shopkeeper will heap a little extra on, letting the pans tilt past the balance point. The idea is that you should “weigh” the deeds of others on the side of generosity. Simply put, give others the benefit of the doubt.

Jesus employed a similar metaphor about judging: “A good measure, pressed down, shaken together and running over, will be poured into your lap. For with the measure you use, it will be measured to you” (Luke 6:38). Jesus too says that we should let our scales of justice fall past the balance point, bestowing on others a little more than they deserve. 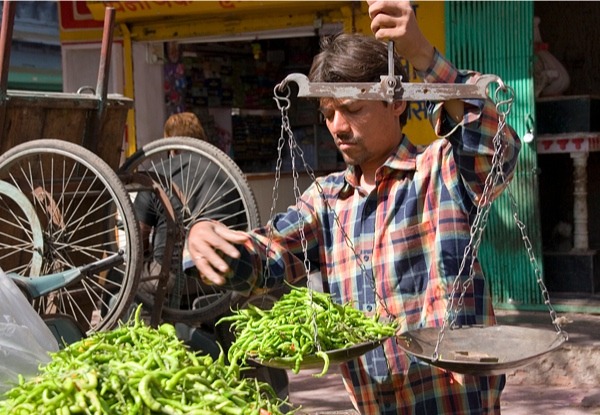 But how do we actually live out this big-hearted lifestyle? A rabbinic parable illustrates:

A man worked on a farm for three years. On the eve of the Day of Atonement, he went to his employer and asked for his wages to take home to his wife and children.The farm owner said to him, “I have no money to give you.”

The farm hand protested, “Well, give me some of the crops I’ve helped grow.”

The farmer replied, “I have none!”

The worker cried, “Well then, give me some of the sheep that I’ve helped to raise!” The farmer shrugged and said that he had nothing he could give him. So the farm hand gathered up his belongings and went home with a sorrowful heart.

After the holidays, the employer came to the farmhand’s house with all of his wages, along with three carts full of extra gifts. They had dinner together, and as they ate, the farm owner asked, “When I told you I had no money, what did you suspect?”

“I thought you had seen a bargain and used all your cash to buy it,” the worker replied.

“And what did you think when I said that I had no crops?”

“I thought perhaps they were all leased to others.”

“And what did you think when I said I had no animals?”

“I thought that you may have dedicated them to the Temple.”

The farmer answered him, “It was just this way. My son wouldn’t study the Scriptures, and the day you came to me, I had rashly dedicated all my possessions to God. But, just a couple days ago, I was absolved of my vow so that now I can pay you. And as for you, just as you have judged me favorably, may the Lord judge you favorably!”

In this parable, the hired hand always gives his employer the benefit of the doubt by imagining the best possible motivation for actions that otherwise seemed suspect. This is what the rabbinic saying means about judging your neighbor “with the scales weighted in his favor.” Doesn’t the last line of this story remind you of Jesus’ words, “With the measure you use, it will be measured to you?”

While this is a nice thought, it hardly seems to be an earth-shattering insight on Jesus’ words. But what happens when you try to live it out? I thought back to my morning at church, considering how I might “judge favorably” in each situation.

… Maybe the prayer chain coordinator was genuinely concerned about my illness, rather than just trying to be nosy.

… Maybe the woman who wouldn’t shake my hand was new at church, or uncomfortable meeting people. Maybe she had a cold and didn’t want to spread it.

… Maybe the driver of that minivan was in a hurry because he was late for something. Maybe his kids were driving him crazy. Maybe he had to go to the bathroom!

By simply reconsidering my unkind assumptions about other people’s offenses, I could feel my anger drain away and my ruffled feathers settle back down. My attitude took a 180-degree turn once I reviewed the morning’s irritations in a new light.  In almost every situation, a person can either look for a good or a bad motive behind other people’s behavior. 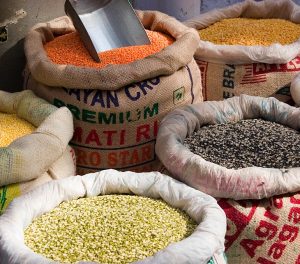 The way you choose to interpret others’ motives has a profound effect on the way you react to them. Personally, I’ve found that when I make a habit of trying to “judge favorably,” it transforms me into a kinder, more patient person. My attitude grows more loving when I assume the best instead of the worst about the people around me.

I’m still working on putting this into practice, but imagine the possibilities if I consistently looked at other people in the best possible light. I’d start saying things like, “Maybe the boss was short-tempered today because of problems at home.” If I had an argument with a friend, I’d assume she was defending what she considered a sensible opinion, rather than that she was attacking me. When I heard someone insulting my faith, I might say, “That person must have had a bad experience with the church in order to make him feel that way.”

Truly, this small practice can change your entire outlook on life.

As wise as the Jewish commentary is on judging, what light can it shed on Jesus’ words? Jesus’ audience may have already known about “judging favorably,” about assuming the best about other’s intentions. Undoubtedly Jesus would have agreed with the rabbis’ emphasis on generosity in dealing with others. But his ideas on judging have a slightly different slant.

When you judge favorably, you assume that a person is basically good. Jesus’ assessment of humanity was less optimistic. His words about judging are based on knowing that your neighbor is a sinner, but so are you. If you declare God’s condemnation of others, you invite him to condemn you too. Once again we hear the great commandment as Jesus preached it: “You shall love your neighbor as one who is like yourself”—both precious to God, but guilty of sin.

Rather than saying, “Judge favorably by assuming the best about others,” perhaps Jesus would say, “Judge mercifully, since you know you’re a sinner too.”

I can’t judge others because I don’t know their hearts. Indeed, the only one I really can know is my own sinful heart. So if I want God to have mercy on me, I need to extend mercy. Jesus brought home this potent message by putting it into a seven-fold parallelism:

Be merciful, just as your Father is merciful.

Do not judge, and you will not be judged

Do not condemn, and you will not be condemned.

Forgive, and you will be forgiven.

Give, and it will be given to you.

A good measure, pressed down, shaken together and running over,
will be poured into your lap.

For with the measure you use, it will be measured out to you.