There’s no end, it seems, to how people can interpret the words of Jesus. It’s not hard to pluck out a line here and there and read it in some strange new way. How can we know how they actually sounded to his original audience? 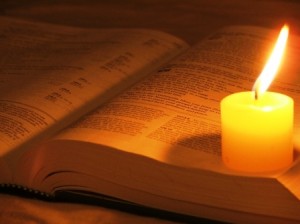 I’ve discovered that a great place to look for answers is in the book of Acts. The people there were first-century believers who heard Jesus firsthand. No time had elapsed for his words to be reinterpreted, and his first followers were passionate for living them out. It’s not unreasonable to conclude that what the early believers did (or at least tried to do) was what Jesus taught.

This occurred to me as I grappled with some arguments people have raised against studying Jesus in his Jewish context when I wrote Walking in the Dust of Rabbi Jesus. I quoted a popular radio pastor who said:

This pastor was sharing an unfortunate but common idea among Christians — that Jesus came to bring an end to Jewish practice. In all the ways I could have responded, the best answer came from looking at the book of Acts. This is what I wrote:

If this was what Jesus taught, his first passionate followers in Acts certainly didn’t catch his drift. Peter and the other early Christians continued to participate daily in Temple worship (Acts 3:1, 21:23-26). Jesus did, of course, speak against corruption within the priesthood and prophesy the Temple’s destruction forty years later. Other Jewish groups, like the Essenes, also denounced its corruption and sought to purify their worship. But while the Essenes abandoned the Temple, Jesus’ disciples never did, implying that Jesus did not preach against the Temple’s ceremonies. And even though the Jerusalem church ruled that Gentiles did not need to observe Jewish law, Jewish believers in Jesus continued to carefully observe the Torah, and were even known for their avid observance. (Acts 21:20, 25).

This pastor’s reading of Jesus simply makes no sense with what happens afterward, in Acts. If he was right, you would have expected his followers to jump for joy at being free from the sacrificial system and immediately abandon the Temple. Instead we see them using its courts as their main meeting place, and even asking Paul to sponsor a sacrifice in order to show his commitment to living according to the law (Acts 21:24).

My Laboratory: The Book of Acts

You might remember that my training is in scientific research. I think I’ve discovered a new “laboratory” in the book of Acts where I can look at how Jesus’ original listeners heard his words. It came in handy in an entirely different context when I read this line from a letter to the editor in my local paper:

“Just remember your Christ was not Christian, he was a Hebrew and I bet if he were here today, he would tell you Christians to stop proselytizing against his own people or to others.”

This comment came from a Conservative rabbi who was disgusted with Christians for trying to witness to him. While I sympathize with his irritation at feeling targeted, it’s another thing to make a statement about what Jesus taught about evangelism. 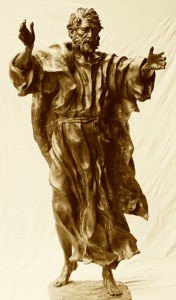 Once again, let’s look in the book of Acts. At Pentecost, the first thing Peter does after being filled with the Spirit is to preach to a large crowd in the Temple, and three thousand people came to faith. Later, believers go out to cities in Judea and Samaria to share the news. And of course Paul travels far and wide to take the gospel to the Gentiles.

If you’re looking for evidence that sharing the gospel was not a priority to Jesus or his followers, you simply won’t find it in Acts. Jesus’ command to “make disciples of all nations” was of major importance to them. And they witnessed both to Jews and Gentiles, from Judea to the ends of the earth. The whole book of Acts (and rest of the New Testament) is the story of the explosive growth of the church.

I agree with the rabbi that Christians can be obnoxious and manipulative in their evangelism efforts. But Christians also can’t ignore Christ’s words and rewrite their theology with their own ideas of  “what sounds more loving.” We can ask how we can be more mature and Christlike in evangelism, but we can’t abandon the Great Commission altogether.

The logic that the rabbi uses is something I’ve heard often recently. It usually takes a form something like this:

The problem with this premise is that Jesus is a historical figure, not an abstraction. “Jesus is Love” is a nice title for a children’s song, but it’s not a basis for theology. The biblical text must be the source and ground for our understanding of him, not our own gut reactions. If Jesus seems to be saying something obnoxious, could it be that it’s our own worldview that needs re-examining?

The interesting thing about Acts is that it challenges ideas on both the “right” and “left” sides of Christianity. Here’s another hypothesis we can test. What would Jesus say about the “social gospel” movement today? Many churches are focusing more on meeting physical needs. Others feel that preaching to the lost should be our only mission. Is it just “do-gooder”-ism to run soup kitchens and homeless shelters?

Once again, look at what happens in Acts. There we find that the early church is highly involved in charity and taking care of widows. They are selling their possessions and giving to the poor, something that Jesus often preached about. Paul also says in Galatians 2:10 that helping the needy was what he was especially eager to do. Clearly, caring for the poor was a major emphasis of Jesus’ message, and the early church was passionate about carrying it out.

Again, New Testament history can shed light on a theological debate. Instead of postulating what Christ “might have said” about an issue, we can see what his followers heard him say, and how they responded to it. Certainly the broad sweep of Scripture is better grounding for our ideas than our own speculative theologizing. Often I find that it challenges my preconceptions and refines my understanding of our calling as his disciples. 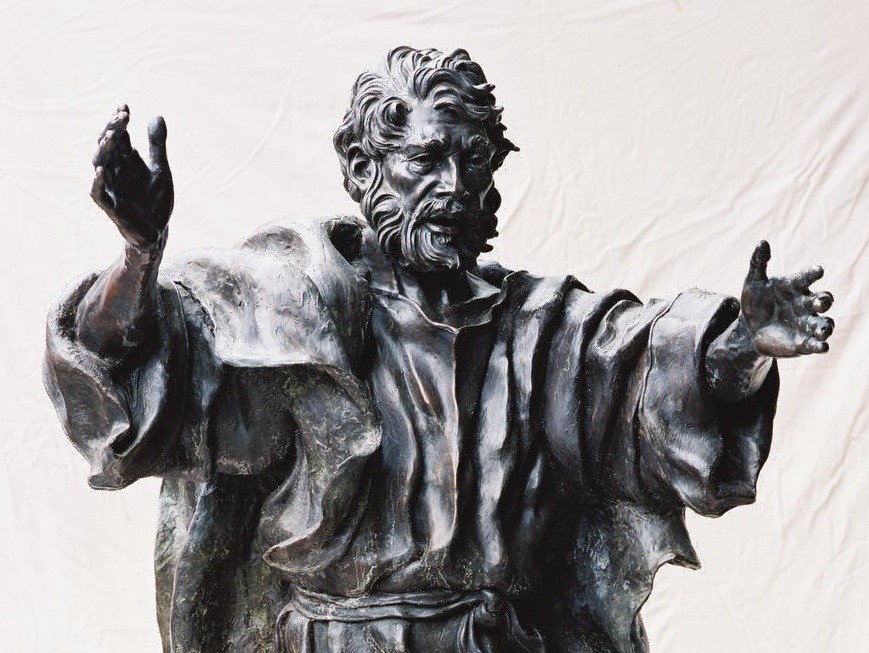 (1) From a sermon by John MacArthur on the program Grace to You, “Understanding the Sabbath,” given September 20, 2009. (You can find this discussion in my book Walking in the Dust of Rabbi Jesus, on page 23.)