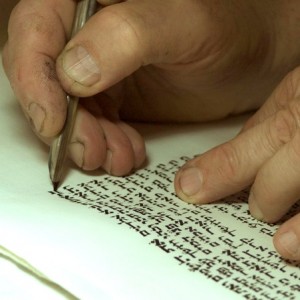 It’s hard not to be captivated by your first close look at a Torah scroll. Jewish scribes pen each one by hand, observing traditions that are thousands of years old for grinding pigments for the ink and preparing the parchment from the skin of a kosher animal.

Painstakingly hand-inked, the Hebrew letters are as mysterious as they are lovely. From the very first quill mark, these ancient shapes breathe the voice of God.

Even this very first line of Genesis inspires awe, as we imagine God commanding the universe into existence. But even more remarkable is what this line does not say. Even a four-year-old can tell you what unanswered question lies within.

Where did God come from?

Modern readers often stumble over the Bible’s lack of answers to our theological questions. We expect the Bible to prove God’s existence if its goal is to bring us to faith. But the Bible’s very first words simply assume God’s reality without proving it.

You might be surprised that ancient readers would have found Genesis just as frustrating. Not so much because they didn’t believe in a spiritual world, but because they were consumed by fascination for speculating about the origins and secret lives of the gods they worshiped.

Creation myths functioned as an ancient National Enquirer, satisfying every curiosity. What scandalous truths lurked undiscovered within the spiritual world? What hidden secrets lay behind our mundane reality? Enquiring minds wanted to know. 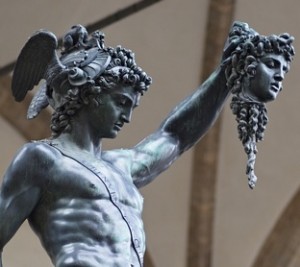 Near Eastern mythology was filled with fantastic sagas of the gods’ titillating secrets of their love affairs and bloody battles against each other.

Did you know Marduk formed the earth by murdering his mother, the monster Tiamat, and arranging the world out of her dismembered corpse? Did you know that when Cronos attacked his father Uranus and castrated him, Aphrodite arose out of the foaming sea when his genitals fell into the water?

Who needs to hear about the latest Elvis sighting or UFO landing when you had gory tales like this around the evening fire?

The account of creation in Genesis stands in stark contrast to the graphic, bloodstained melodramas of the surrounding peoples. It was a radical departure from everything the ancient world had known. In his classic work, Understanding Genesis: The World of the Bible in the Light of History, Nahum Sarna writes:

The Hebrew account is matchless in its solemn and majestic simplicity. It has no notion of the birth of God and no biography of God. It does not even begin with a statement about the existence of God … To the Bible, God’s existence is as self-evident as life itself.

The biblical account is unique among the creation stories of its time. Spare in detail, Genesis speaks with understated elegance and lofty grandeur. It was a stunning contrast to the supermarket tabloid creation stories that circulated among Israel’s neighbors. No attempt is made to explain how God came into existence. Out of an unapologetic majesty, the God of Israel felt no need to answer this obvious question.

Once you see Israel’s God in light of the elaborate myths of the surrounding world, you get a sense that the Bible describes reality rather than fantasy. The Israelites were awestruck by their experience on Mount Sinai, their memories seared forever by a real-life encounter with an unearthly, incomprehensible being. The true God that they experienced was utterly beyond the wildest dreams of the myth-spinning pagan world, and unlike anything anyone had conceived of before. This mysterious entity refused to be represented by any physical form, separating himself completely from every deity they ever imagined. The Israelites simply had no need to concoct fanciful tales about God’s origins in order to convince people of his reality.

What the Bible Does Not Say 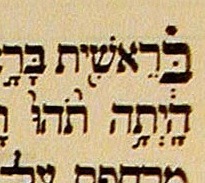 Even in the first verse of Genesis, we see that God doesn’t answer every question. Jewish thinkers believe that the Bible reveals this even in its very first letter. In a Torah scroll, the first letter of the first Hebrew word, beresheet (bare-eh-SHEET, “in the beginning”), stands out in bold, inked larger and darker than the rest of the text. This is the Hebrew letter bet.  The letter bet corresponds to our letter B. It is the second letter of the Hebrew alphabet, just as “B” is the second letter of the English alphabet.

The rabbis asked the question, “Why do the Scriptures begin with the second letter of the alphabet rather than the first?” Their answer: “To show that the Scriptures do not answer every question, and not all knowledge is accessible to man, but some is reserved for God himself.”

Even the shape of the letter bet shows this. It is closed on the right side, but it is open on the left. Since Hebrew is read right to left, it appeared to the rabbis that the Scriptures start with a letter that is open in the direction of the reading, but closed toward the direction of the beginning of the text. The bet is a one-way sign saying that you need to start here, at the first letter, and move forward, asking what God’s will is and how should you live it out. Because the letter bet is closed on the top, back, and bottom, it is futile to speculate about what is behind (what existed before creation), or above (in heaven) or below (in hell).

One rabbi I met put it this way: “Speculating about what God has not revealed is like pressing on your eyelids with your fingers. The light that you think you see comes only from your own imagination.”

The point of the rabbinic saying about bet is not to discourage study and inquiry, but to teach that the Bible should not be used as a vehicle for endless esoteric exploration. You can study God’s Word all your life and never reach the end of its wisdom, but you cannot force the Bible to answer your every question, twisting and wringing the text until it satisfies your every curiosity. God simply does not choose to reveal some things.

Excerpt from Walking in the Dust of Rabbi Jesus (Zondervan, 2012)