Ask any Christian familiar with the Hebraic roots of their faith: what day of the week is uniquely set apart by the Hebrew Scriptures? The Sabbath, of course. All other holy days, because they are fixed by the combined lunar-solar Hebrew calendar, fall on a different day of the week each year. Or do they? 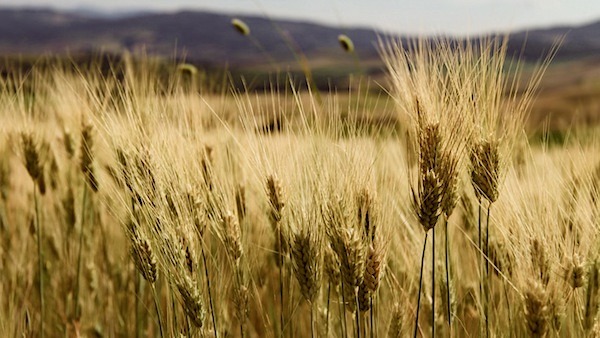 During this Holy Week, as followers of Jesus remember his last Passover meal, arrest, and crucifixion, and celebrate his resurrection on the day after the Sabbath (now called in his honor the Lord’s Day), let’s look again at what the Torah actually says about the Feast of Firstfruits which falls during the Passover week:

Speak to the children of Israel, and say to them: ‘When you come into the land which I give to you, and reap its harvest, then you shall bring a sheaf of the firstfruits of your harvest to the priest. He shall wave the sheaf before the LORD, to be accepted on your behalf; on the day after the Sabbath the priest shall wave it.’ (Lev. 23:10-11)

The Firstfruits of Those who have Fallen Asleep

Our hearts leap to realize that it was on this very day, the day after the Sabbath of Passover, that Jesus was raised from the dead, accepted on our behalf as “the firstfruits of those who have fallen asleep” in Paul’s words. And the subsequent verses in the Leviticus passage make clear that this Torah holy day on the first day of the week begins the countdown to the next major holy day, the Feast of Weeks, when the Holy Spirit was outpoured:

So a second Torah holy day, the Feast of Weeks or Pentecost, also falls each year on the first day of the week, seven sevens or seven weeks following the resurrection on First Fruits! This is an unheard-of emphasis in the Hebrew scriptures themselves on a day of the week other than the Sabbath. The text is fairly shouting at us. Why, then, have we not heard of it?

While the intent of the text seems plain that these holy days fall on the first day of the week, rabbinic Judaism follows a tradition which claims that the “Sabbath” spoken of in Leviticus 23 actually refers to the first day of Passover, which falls on a different day each year. This is a forced and difficult reading of the text, and nowhere else in the Hebrew scriptures is “Sabbath” used in this sense.

And fascinatingly, until the time of Jesus there was no consensus on this tradition. The Sadducees, who controlled the Temple ritual, championed the straightforward reading of the text, meaning that in Jesus’ time Firstfruits and Weeks were in fact celebrated on the first day of the week. It was the Pharisees who argued against this special distinction for the first day of the week, and their view prevailed after they led the majority to reject belief in the resurrection of the Messiah on this day. Could their insistence on this point even have been part of the developing polemic against those Jews who did see Jesus’ resurrection as the fulfillment to which the Feast of Firstfruits pointed?

Notably, to this day the Karaite stream of Judaism, which rejects tradition and holds to a literal reading of the Torah, insists on celebrating the feasts of Firstfruits and Weeks on the first day of the week.

Food for thought, and praise, as we once again await the dawn of the Lord’s Day.

(This is a reflection for Holy Week by Jonathan Miles, of Shevet Achim. More about his excellent ministry here.)

The Problem with Changing the Date of Firstfruits

There is a problem with the rabbinic policy of interpreting the word “Sabbath” as “feast day,” in Leviticus 23:11 so that the counting of the Omer would always start on the next day after Passover. On that day, the first sheaf of the barley harvest was cut in the field as a firstfruits offering to God. The field could not be touched before that point, but after that the harvesting commenced in earnest. The cutting of the sheaf was an act of harvesting. Indeed, it was the formal beginning of the harvest, and it could not be done on Shabbat. That’s why the Torah specifies that they must wait until the day after the Shabbat after Passover, which would always be the first day of the week. 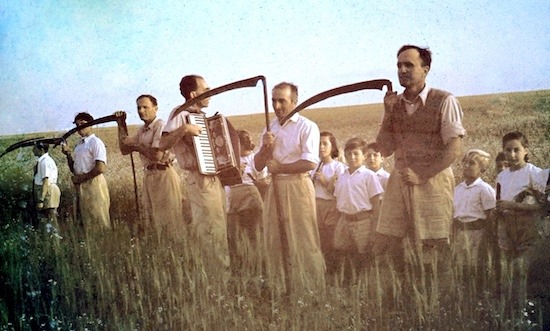 How can we tell that this is what’s going on? Because we find a dramatic dialog in Mishnah, Menahot 10:3 that shows us the controversy that revolved around this decision. Exactly as the sun sets, the firstfruits is reaped and on years when Passover is on Friday, the reaping occurs on the Sabbath, something strictly forbidden. Yet in this dialog, as the sun sets and Sabbath commences, they discuss how they are deliberately breaking the Sabbath by cutting the sheaf with a sickle. Despite the inherent contradiction they do their harvesting immediately upon the coming of sunset and with great pomp:

Menachot 10:3    D.    And all the villagers nearby gather together there [on the night after the first day of Passover], so that it will be reaped with great pomp.

At the conclusion of the ceremony, they say that the reason why they do this is for the sake of the “Boethusians” which is commonly assumed to be the Sadducees, who disagreed with them about how to read that text. (The Essenes, Samaritans and later Karaites opposed them too – pretty much anyone else who read Leviticus 23:11.)

It seems odd to deliberately break the Sabbath only for the reason to prove how wrong another group is that disagrees with you, doesn’t it? There is another possible answer. It’s clear that some kind of heresy is motivating them. Occasionally we see one heretical group’s name substituted for another in rabbinic texts. Were Christians the cause of their anger? While the Sadducees might have opposed the change, the Christians may have actually been the heretical group that inspired this calendar shift, which occurred after the death of Christ but before 70 AD.

As a result of the Pharisaic/rabbinic change of dating of Shavuot, the holiday would seldom fall on Yom HaRishon (Sunday, the first day of the week). Otherwise, it will always fall there. This means that two major holidays commanded by the Torah would always occur on Sunday, but those became the two days that were major celebrations for the Christians, the Resurrection and Pentecost.

Personally, I suspect that the real reason for moving the festival is because the early Christians were celebrating the Resurrection of Jesus on the day of Firstfruits (Omer), and the outpouring of God’s Spirit on Shavuot. As much as Christians are criticized for moving Easter away from Passover to cut themselves free of their Jewish roots, it seems that the rabbis were doing the same thing, only in reverse.

An excellent article on the biblical roots and Jewish context of Pentecost is by Moshe Weinfeld, “Pentecost of Festival of the Giving of the Law.”