This essay is a fuller version of a talk I gave recently at a conference in Jerusalem called “Jesus’ Bold Messianic Claims.” (I will be posting it in two parts. This is part 1.) 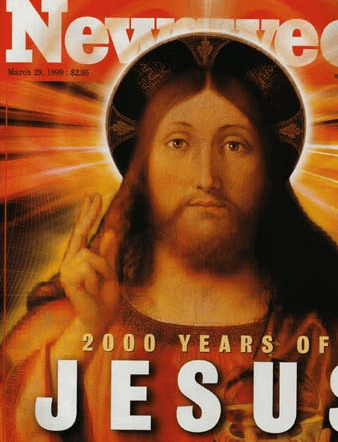 Back in the 1980’s, there was little in the popular media about the historical Jesus except for the Jesus Seminar, with its radical skepticism and its scandalous “discoveries” about Jesus.

While the group’s sensationalism was roundly criticized, their pessimism about the reliability of the New Testament as a witness to Christ’s reality wasn’t uncommon in academic circles.

I was attending college about this time, and my New Testament professors were also convinced that the Gospels were composed very late and riddled with legends. The real, Jewish, Jesus was unknowable, and the Christ I worshiped was largely an invention of the Gentile church.

One of the reasons for their skepticism was that Jesus’ words about himself in the synoptic Gospels (Matthew, Mark and Luke) seemed to bear little resemblance to the exalted, glorified figure we hear about in the rest of the New Testament. 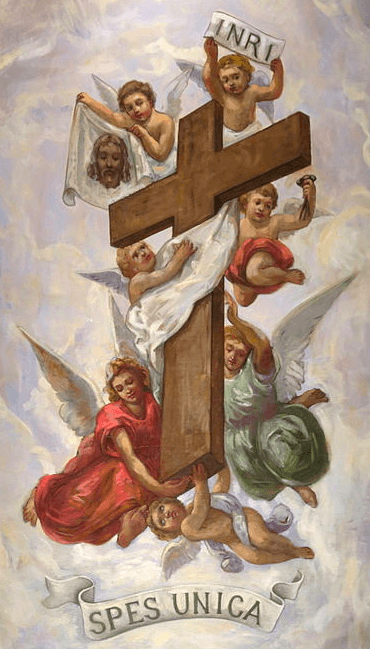 Many scholars of the time felt that Jesus never claimed to be the coming Messiah. Their job, as they saw it, was to scrape away the “ecclesiastical incrustations” of the later church.

Growing up in a faithful Lutheran home, I had been eager to take courses to study the Bible at a higher level. But the message that every class communicated was that serious inquiry could lead only to disbelief. Discouraged, I put academic study of the Bible on hold. Instead I poured my energy into getting a Ph.D. in the sciences, aiming for a career in teaching and research.

Imagine my shock years later, after I had become a professor myself, when I attended a seminar by an expert on Jesus’ Jewish context who was convinced that he did in fact claim to be the promised Messiah. I couldn’t understand why he didn’t share my professors’ cynicism. What sources had he consulted, and how could they come to such opposite opinions of the rest of the academic world?

It turns out that he had been reading the work of a remarkable collaboration of Christian and Jewish scholars that had begun in Jerusalem in the early 1960s, and still continues to this day. World-class scholars of Second Temple Period Judaism would meet to scrutinize the words of Jesus in the synoptic Gospels and discuss them in their original Jewish linguistic and historical context.

These scholars were focusing on Jesus’ Jewish setting and they found that he fit perfectly. Jesus interpreted the Torah and taught groups of disciples as other early rabbis did. But the closer that they looked at Jesus’ words in their Hebraic context, the more they observed his high self-awareness and bold claims. Over and over Jesus said and did things that boldly communicated the idea that he was God’s promised Messiah.

Why didn’t my professors notice this? Because Christian scholarship has only recently begun to appreciate the sophistication of early rabbinic thought and the familiarity Jesus’ audience had with their Scriptures (our Old Testament). Jesus was speaking into a society that was well versed in its religious texts, and he simply didn’t need to shout from the roof tops, “I’m the Messiah.” Rather, we find him making claims in a subtle way, by referring to himself and his mission in light of well-known messianic passages from his Scriptures.

Bar Kokhba, Son of the Star

We actually find others who took this same approach. About a century later, Bar Kokhba, the Jewish leader with aspirations of defeating the Romans, had coins minted that referred to him as Nasi Yisrael, “Prince of Israel,” hinting that he was the fulfillment Ezekiel 34:24: “My servant David will be prince among them.”

Even his self-adopted name, Bar Kokhba, meaning “son of the star,” reflects the biblical imagery of kings as celestial bodies (Isaiah 14:12, 60:1-3) and hinted at the messianic prophecy of Numbers 24:17:

A star shall come forth from Jacob, a scepter shall rise out of Israel, and shall crush through the forehead of Moab, and tear down all the sons of Sheth. 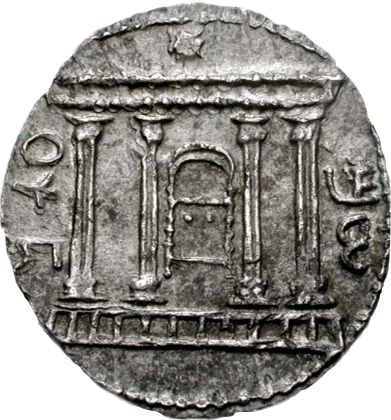 The titles “Prince of Israel” and “Son of the Star” might not sound like much to Christian readers, but if you know the biblical text well, these epithets would ring in your ears as audacious claims to be the fulfillment of messianic prophecy.

(In this coin from Bar Kokhba, note the star over the Temple, another “hint” to his identity.)

Indeed, Bar Kokhba never directly referred to himself as the Messiah, but Rabbi Akiva and other followers did speak of him this way. Similarly, we find the rest of the New Testament much more expansive about Jesus’ identity than Jesus was himself.

God as “My” Father

The team of scholars in Jerusalem came upon instance after instance where Jesus spoke about himself using phrases that would have shocked Jewish listeners, even though they float right past Christian readers. 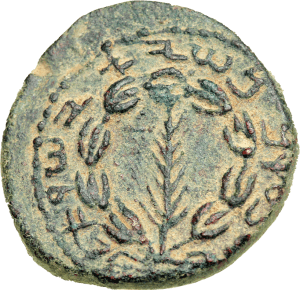 Even from Jesus’ youth, they found statements like this. When he was twelve and lingered in the Temple to debate with the sages, his parents confronted him after days of frantic searching. He responded by saying, “Didn’t you know that I had to be in my father’s house?” (Luke 2:49)

Here, Jesus’ personal reference to God as “my father” is quite messianic. Jewish prayer often addressed God as “Father,” but always in the plural, as “our father.” Even Jesus taught his disciples to begin their prayers with “our father.” But Jesus himself spoke of God in the singular, as “my” Father.

The prediction that the Messiah would refer to God as “my father” is often found in messianic passages (Psalm 2:7; 89:26; 1 Chron. 17:13) and hearkens back to the seedbed of all messianic prophecy, God’s great promise to King David in 2 Samuel 7:

When your days are over and you rest with your ancestors, I will raise up your offspring to succeed you, your own flesh and blood…and I will establish the throne of his kingdom forever. I will be his father, and he will be my son… Your house and your kingdom will endure forever before me; your throne will be established forever. (vs. 12, 13-14, 16)

Jesus’ references to God as “my Father” reflected more than just an intimate affection for God. They would have shocked hearers as a bold statement to be the promised “son of David,” who was also the Son of God.

The Son of Man

Another title that Jesus applied to himself, the “Son of Man,” strikes Christians as oddly indirect and impersonal. Often we interpret it as a humble self-reference that emphasizes Jesus’ humanity. But we pass over the many places where Jesus speaks of the Son of Man “coming on the clouds in glory,” an obvious allusion to Daniel 7:13:

“I kept looking in the night visions, and behold, with the clouds of heaven
One like a Son of Man was coming,
And he came up to the Ancient of Days
And was presented before him.
And to him was given dominion, glory and a kingdom, that all the peoples, nations and men of every language might serve him. His dominion is an everlasting dominion which will not pass away; and his kingdom is one which will not be destroyed.” (13-14)

In this prophecy, an announcement is made that the Son of Man will have dominion over all every nation, and that all the world will be his kingdom. The “Son of Man” in Daniel 7 is quite clearly the Messiah, the Son of David who would reign over God’s coming kingdom.

Of all the prophecies about the coming of the Messiah, Daniel 7 was the most electrifying to Jewish audiences. Other passages describe the Messiah as merely a powerful human king. But the Son of Man of Daniel 7 would not die, but would live forever and reign over an eternal kingdom! How could this be? One answer was that this figure was like a “Son of Man,” similar to a human being, but somehow far greater—even divine, perhaps! Hmm…

The Breaking Forth of the Kingdom

Another fascinating messianic reference that the Jerusalem scholars noted is in Matthew 11:12, which has caused readers down through the ages to scratch their heads. In older translations it reads,

From the days of John the Baptist until now the kingdom of heaven suffers violence, and violent men take it by force.

It sounds as if Jesus was talking about the kingdom “suffering violence” in terms the persecution that he and John went through. A common interpretation was that the kingdom is the victim of violence, but the word “suffers” is not actually present in Greek. It was added by translators to explain how “kingdom” and “violence” could be connected.

The solution is that the word for “violence,” biazo in Greek, also can mean “forceful,” “bursting out,” or even “explosive,” which in Hebrew, is poretz. Understood this way, it reveals an allusion to Micah 2:12-13, yet another powerful messianic prophecy:

I will surely gather all of you, Jacob; I will surely bring together the remnant of Israel. I will bring them together like sheep in a pen, like a flock in its pasture; the place will throng with people. The One who breaks open the way (haporetz) will go up before them; they will break through (partzu) the gate and go out. Their King will pass through before them, the LORD at their head.

Instead of the kingdom being victim of violence, Jesus is describing the bursting forth of God’s kingdom through his ministry!

Jesus’ words in Matthew are better understood to say, “From the days of John the Baptist until now, the Kingdom of Heaven has been forcefully advancing, and forceful men lay hold of it.” (Many translations now reflect this change.)

Jesus was speaking of John the Baptist as one who breaks open the gate of a flock of sheep eager to burst out of its pen. God’s victorious kingdom was now rapidly expanding. It was exploding with people who were eager to receive the good news and join the joyous throng. 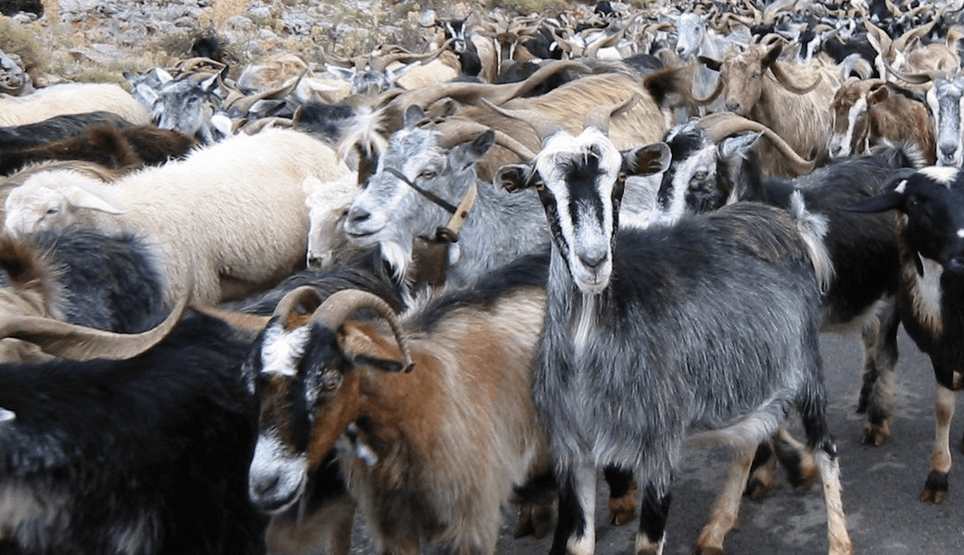 Notice how this fits in with Jesus’ pattern of avoiding directly referring to himself and his exalted status. He speaks of the “kingdom of God” breaking forth, but not of himself as its king. But anyone who knew the Micah passage would have recognized the startling implications—that Jesus was the King and Lord at their head.

Indeed, any time Jesus preached about the “kingdom of God,” it was a subtle Messianic claim. Nowadays many people mis-read “the kingdom” to be just a theological concept that Jesus liked to expound on. But consider the fact that essential task of the Messiah was to establish God’s kingdom on earth. Jesus was not just trying to sell people on a novel plan for world peace. To his Jewish listeners, it was obvious that he was announcing his identity as God’s promised Messiah.

These are only a few of the many messianic claims that Jesus made in a very Jewish way. His sophisticated allusions to his Scriptures can slip past even Christian scholars. That’s why I’ve been so fascinated with studying his Jewish context. The more I learn, the more I hear Jesus’ surprising claims to be the fulfillment of God’s greatest promises.

For more on this topic, there is an excellent series of talks called The Messianic Consciousness of Jesus by Robert Lindsey that has just been posted on Youtube (filmed about 30 years ago.) Lindsey, an academically-oriented pastor at Narkis Church in Jerusalem, was a founding member of the Jerusalem School of Synoptic Research, the scholarly consortium of Jews and Christians who made many of these observations.