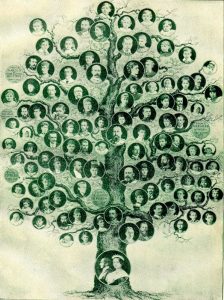 I don’t know about you, but for much of my early years, I found it difficult to appreciate the overall storyline of the Bible. I skipped straight from Eve’s apple bite to Mary’s babe in the manger, not knowing quite what to do with everything in between.

How does the epic history of Abraham’s descendants relate to the overall story of salvation? What’s the logic of having it there?

I’ve discovered a clue that sheds a lot of light. It’s the utter centrality of family, and ancient ideas about how families were expected to function.

Over the history of the world, most people have understood the biblical emphasis on family much more than we do today. Traditional cultures throughout history revolved around the extended family. But because of our Western individualism, we find it difficult to appreciate this prominent theme that would have been obvious to the Bible’s original audience.

Not only is family central in the Old Testament, it is key to some very important controversies in the New Testament as well, such as including Gentiles among the growing movement of Jewish believers in Jesus. Grasping the ideas that ancient peoples had about the family, and how these themes play out can help us understand our Bibles from beginning to end.

The Ancient Idea of Family

The ancient Hebrews valued family and heritage beyond anything else. It was absolutely everything in terms of a person’s identity and life goals. (See “Where Family is Everything” for an example that still exists today.) 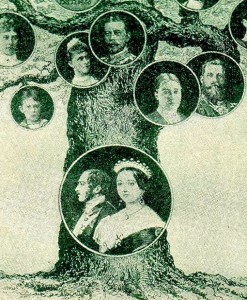 Explaining what each family was like and relationships between families was very important to understanding the society as a whole. That’s why we find so many stories about the founders of each family in Genesis, because they were key to each family’s self-definition.

This also explains why we find some stories in our Bibles that aren’t terribly good moral examples. For instance, you might cringe at the story about how Lot’s daughters got him drunk and had relations with him, and that Moab was born who was the father of the Moabites. (Gen. 19:37) Why do we need to be told this? Because later in history, the Moabites were known for sexual immorality and seduced the Israelites into idolatry and sexual immorality (Num. 25:1).

Later on, however, the Moabitess Ruth replays the scene between Lot and his daughters when she approaches Boaz. She too is desperate for children and a future. But she is an “upright woman” and redeems her tribe’s unseemly past. She’s given a supreme gift, in that culture—to become part of the family line of the Messiah, Jesus!

The Epic of Abraham’s Family

Grasping these ancient ideas about family shows us the rationale for God’s covenant with Abraham. When God first appeared to Abraham, he was childless, which was understood to be a terrible curse, the ultimate failure in life. But he was a man of great faith, who at God’s request, gave up his own ancestral family and homeland, and even dared to sacrifice his own son, his only hope for a future.

Because of Abraham’s unwavering faith, God promised him the greatest of blessings—that he would be the father of many nations. In biblical culture, becoming the father of a great nation would have been an enduring legacy of honor, like being elected president today.

Because it was assumed that the members of a family would be like their forefathers, it made sense that Abraham would instill in his children his strong faith in God, and a great nation of believers would result. That’s really the overall “plot” of the Bible—how will God fulfill his promise to Abraham, and how will this nation bless the whole world?

The “sign” of the covenant, the physical remembrance, was circumcision, which was required of all males from Abraham’s time until this day. The choice of the sign isn’t coincidental—rather, it marked the fact that the covenant was with Abraham’s “seed,” passed down through each generation of the family. Each time descendants are listed in the Bible, it shows that God had been honoring his side of the covenant.

Who’s A Son of Abraham?

In the time of Jesus and Paul, there was quite a debate over who was a “son of Abraham,” with the understanding that a person’s salvation was linked to being a part of the covenantal family. John the Baptist warned people not to trust in their lineage when he said, “Do not suppose that you can say to yourselves, ‘We have Abraham for our father’; for I say to you that from these stones God is able to raise up children to Abraham.” (Matt. 3:9)

Jesus also had a heated discussion with some leaders on this very topic.

[Jesus said,] “I know you are Abraham’s descendants. Yet you are ready to kill me, because you have no room for my word. I am telling you what I have seen in the Father’s presence, and you do what you have heard from your father.”

“Abraham is our father,” they answered.

“If you were Abraham’s children,” said Jesus, “then you would do the things Abraham did. As it is, you are determined to kill me, a man who has told you the truth that I heard from God. Abraham did not do such things. You are doing the things your own father does.” John 8:37- 41

Behind this conversation is the idea that they were claiming to be part of the “saved” because Abraham was their father. Jesus questions this, and points out that if they were sons of Abraham, he would expect them to be like him. Instead, he says they are like their “father” —Satan, the “father of lies.”

Paul’s Understanding of the Sons of Abraham 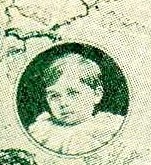 In Paul’s writing too, he deals with the idea that being a “son of Abraham,” a circumcised Jew, was necessary for salvation. Christians have traditionally read Paul’s arguments over circumcision as a contrast between grace and legalism. But recent scholarship suggests that a greater issue was whether God would extend his salvation to those outside the family of Abraham.

Jews of the first century were a small minority in the Roman Empire who had endured great persecution for not adopting Hellenistic ways. About 150 years before Christ, Jews were executed if they circumcised their sons in order to be faithful to God. As a reaction to the encroaching Gentile world, they put great emphasis on observing laws that separated them from Gentiles, as a way to show their commitment to God.

Being circumcised was especially important because it marked them as “sons of Abraham,” and part of the family covenant. To them, it undermined God’s covenant with Abraham to extend it to others who had not become full proselytes to Judaism.

He points out that Abraham himself was a Gentile, and that God’s promise was given to him because of his faith, before he was circumcised. He says,

Even so Abraham believed God, and it was reckoned to him as righteousness. Therefore, be sure that it is those who are of faith who are sons of Abraham. The Scripture, foreseeing that God would justify the Gentiles by faith, preached the gospel beforehand to Abraham, saying, “All the nations (Gentiles, goyim) will be blessed through you.” Galatians 3:7

Paul is interpreting the words of God’s promise to Abraham to say that He would bless the goyim, (meaning both “nations” and “Gentiles”) through him. He is pointing out that God’s blessings are not just for his biological descendants who were circumcised, but also for the Gentiles of the world, but yet they still come through Abraham. From this, Paul can conclude that Gentile believers in God are true sons of Abraham. In his words from Galatians 3:28-29 he concludes,

There is neither Jew nor Greek, slave nor free, male nor female, for you are all one in Christ Jesus. If you belong to Christ, then you are Abraham’s descendents, and heirs according to the promise.