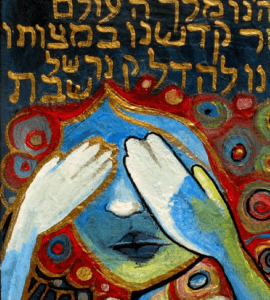 I recently told you about some of the interesting Norwegian words I grew up saying, like “uff-da” and “vasakope.”

As my immigrant ancestors were learning English, they hung on to words in their mother tongue that did a better job of expressing what they meant to say.

My relatives weren’t the only ones doing this. English, in fact, loves to borrow words from other languages. How many of these do you know?

English is actually unusual in its voracious appetite for loanwords. As one author put it, “We don’t just borrow words; on occasion, English has pursued other languages down alleyways to beat them unconscious and rifle their pockets for new vocabulary.”

As a result, we English speakers expand our vocabulary every day. If we aren’t learning foreign words, we’re picking up tech terms like “webinar” or “hotspot” or “favicon.” Without batting an eye, we say things like, “Hand me that plate of hors d’oevres, could you? I’m googling who won the Oscars last year.”

Knowing about this habit has inspired me to do something similar when I read my Bible. When I encounter a Hebrew word, I try think with that word. I try to hang onto the word in all its breadth, and incorporate a new biblical idea into my thinking, instead of translating it into English. (You can do this with Greek too, but it’s much closer to English, so less interesting.) You also don’t need to take a whole language class to do it either.

Just learning a new Hebraic word-idea helps often in Bible study. Many Hebrew words encapsulate profound biblical ideas, and express them with overtones that we simply don’t have in English, like deja vu and ennui.

When you know the shades of meaning, you can ruminate over alternative translations to see which one helps you understand the passage best. You can also see why translations differ. Since translators are confined to choosing a single English equivalent for each Hebrew word, they simply can’t capture all the nuances. 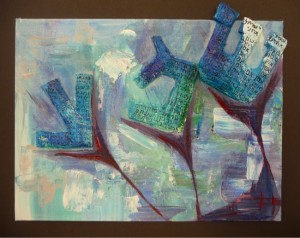 As an example, recently I shared about the Hebrew word “shema.” It has a primary meaning of “hear,” but actually also means “pay attention,” “respond,” and even “obey.”

I told the story of a friend of mine who shouted and shouted at her kids to come in from playing outside, but they completely ignored her. Sighing, she said to me, “Oh, Lois, my kids have a hearing problem.” But since she knew a little Hebrew, I responded, “No, they actually have a shema-ing problem.”

Notice what I just said here, about “having a shema-ing problem.” I’m guessing you didn’t need to translate. You simply got my point, and in a sophisticated way — that the kids have a hearing/responding/obedience problem. Believe it or not, you just used the word “shema” to think in Hebrew. You added a new word-concept to your thinking, rather than forcing yourself to replace “shema” with an English equivalent.

Language purists might wince, because I’m not conjugating the verb correctly, and I even added “ing” to the end of it. But my point isn’t to teach you grammar, it’s to help you think with Hebrew word-ideas. So that when you read that Jesus said, “He who has ears, let him shema,” you catch his drift, as his first disciples did.

Images from paintings by Tikvah Adler and Sophia Schertzer.