Biblical Hebrew includes only about 8,000 words, far fewer than the 100,000 or more we have in English. Because Hebrew has so few words, each is like an over-stuffed suitcase, bulging with extra meanings that it must carry in order for the language to fully describe reality. Unpacking each word is a delightful exercise in seeing how the ancient authors organized ideas, sometimes grouping concepts together in very different ways than we do. 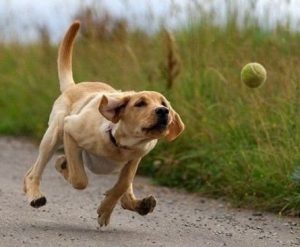 For example, the word shema (pronounced “shmah”) is often translated as “hear.” But the word shema actually has a much wider, deeper meaning than “to perceive sound.” It encompasses a whole spectrum of ideas that includes listening, taking heed, and responding with action to what one has heard.

I discovered the wideness of the word shema in my first Hebrew class. One classmate had a smattering of Hebrew knowledge gleaned from other places, and he let us all know it. He’d come late, leave early, and goof around during class. The teacher would pose a question to someone else, and he’d blurt out the answer before they could respond. Annoyed, one classmate pointedly inquired, “How do you tell someone to obey?”

Later that afternoon, curiosity prodded me to search for verses that contained “obey” in my computer Bible program. In almost every case, the Hebrew behind “obey” was shema!

For instance, in the English, we read Deuteronomy 11:13 as, “So if you faithfully obey the commands I am giving you today…” Literally, though, this verse reads, “And it will be if hearing, you will hear…”

And after Moses recited the covenant to the people of Israel, they responded, “We will do everything the LORD has said; we will obey” (Exodus 24:7, NIV). But the Hebrew here actually reads, “All that God had said we will do and we will hear.” The two verbs here are really synonymous—to hear is to do, to be obedient. 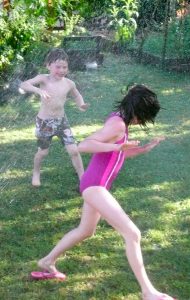 This became even more clear one sticky summer evening when I was visiting an old college friend. As we chatted together in her front yard, we could hear squealing and laughter coming from behind her house. Her kids were drenching each other in a water fight, a duel between the garden hose and a big squirt gun.

As the sun sank below the horizon it was getting past their bedtimes, so we paused our conversation so that she could call them inside. “It’s getting late—time to go in,” she announced. But the giggling and chasing didn’t even slow down. She repeated her command, louder and louder. No effect.

“My kids seem to have a hearing problem, Lois,” she sighed, wearily.

Since I knew that she had studied some Hebrew, I commented, “You know, actually, what I think your kids have is a shema-ing problem.” Her words were vibrating their eardrums, but not actually moving their bodies toward the door to her house. She could have been talking in Klingon for all their response. She knew as well as I did that the natural outcome of listening should be response.

Grasping the wider meaning of shema yields insights to other biblical mysteries. In the psalms, David pleads, “Oh Lord, please hear my prayer.” But he wasn’t accusing God of being deaf or disinterested. Rather, he was calling on God to take action, not just listen to his words. When the angel appeared to Zechariah to announce that his wife Elizabeth was pregnant with John, he declared that their prayer had been heard—that God was answering the barren couple’s prayerful longings to have a child. (Luke 1:13)

Understanding the word shema also helps us see why Jesus often concluded his teaching with the words “He who has ears to hear, let him hear!” What he really meant was, “You have heard my teaching, now take it to heart and obey it!” He wants us to be doers of his words, not hearers only (James 1:22).

(An excerpt from my book Walking in the Dust of Rabbi Jesus, Zondervan, 2012)

“Shema” is also one of the Hebrew word studies in my latest book, 5 Hebrew Words that Every Christian Should Know.

Pictures from Michael Newton and funnydogsite.com