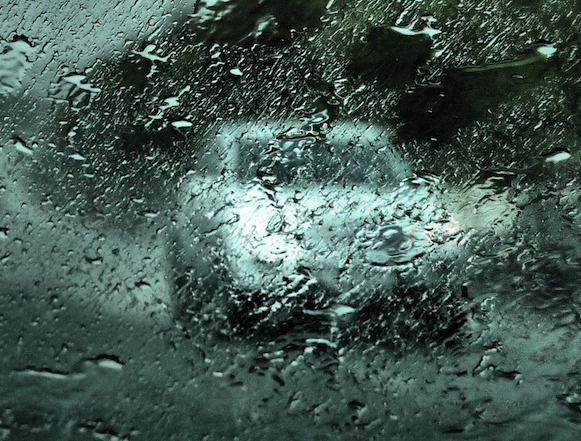 I recently posted a reflection on Isaiah 32, which reveals a gorgeous vision of what Christ’s messianic kingdom will be like.

Behold, a king shall reign in righteousness,
And ministers shall govern with justice;
Every one of them shall be like a refuge from gales,
A shelter from rainstorms;
Like brooks of water in a desert,
Like the shade of a massive rock
In a languishing land. Isaiah 32:1-3, JPS

I pointed out that this vision in Isaiah 32 would have been shocking in a world where kings were often tyrants and despots, exploiting the masses to expand their power. Just imagine a kingdom where rulers poured out their lives to care for and protect their people instead.

I read this as a challenge to us as members of Christ’s kingdom – that leaders especially should try to be shelter and shade to those around us, comforting and meeting others’ needs.

Being a refuge from the gale storm 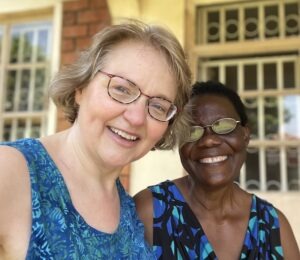 Over the past two years I’ve had an incredible experience of witnessing this personally myself and through the life of my Ugandan friend, Rev. Dr. Milly Erema. If you’ve been reading my books or articles online, you likely have heard me quote Milly’s fascinating perspective on the Bible because her reality is much closer to that of the biblical world(1). I’ve actually known Milly for almost 20 years, getting to know her back in 2005 when I invited her to join a study trip to Israel and she ended up being my roomie!

She entered my life again a few years ago because she had contracted thyroid cancer and friends had flown her to Michigan to receive radioactive iodine treatment. Alas, after months of waiting she had to go home again untreated. The price was well beyond the reach of her hosts, who struggled to connect her to a source of funding and with the hospital for treatment. The hospital’s computer system was just too much for them.

But conveniently, I had been hospitalized in January 2021 because I had an autoimmune crisis (not the first), and I had learned how to navigate hospital computer systems. Also, miraculously, a very generous friend offered to pay what Milly needed. So in December of 2021 she received treatment, and when she came back again this fall, her cancer markers had fallen to almost zero. Praise the Lord!!

What I found interesting was that it was my own gale storms that taught me how to be a refuge for Milly! I think God often does that. So instead of being sullen at my difficulties, I hope that I can use them to help others.

It wasn’t until this past year that I found out what a dramatic life story Milly has. She comes from northern Uganda, which was devastated by the wars of Idi Amin in the 1970’s and later by the Lord’s Resistance Army in the early 2000’s. She was not just a bystander who escaped these two nightmarish humanitarian disasters. As a youth, she herself lived as a refugee for almost two years after her village was burned down by insurgents. She’s seen tempests and megastorms unimaginable to most everyone on the planet. 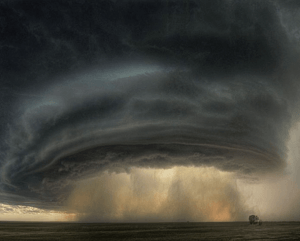 Milly attended seminary at Western Seminary my town in Michigan back in 2000-2001. One of those megastorms even happened while she was studying that year. She received shocking news that four of her brothers had been murdered in the Lord’s Resistance Army conflict.

On top of this tragic loss came more overwhelming news. They had twenty-two children among them, and these children needed to be raised and educated, and it would be mostly her responsibility to carry this out!

To meet this need her family built a school called Kingsway Christian High School. Various churches in my town helped build the buildings, but overall, Milly’s family has tried to run the school with no outside funding. (Milly comes from a family of teachers and her husband is one too.) On top of this, she teaches full time at Uganda Christian University as an Old Testament professor, by the way.

What’s been amazing is that along with rescuing her own family members, over 300 needy youth have studied at Kingsway, many for almost nothing. The school has transformed many lives. Many of the students are orphans from northern Uganda who lost one or both parents in the war, or to the AIDS epidemic. Some of them were born as the result of rape. Some of them are HIV positive.

The reason that Milly has poured herself into the lives of these children is because she knows the terrified longing that an orphan feels. She knows they have no future except abject poverty without education, but it’s impossible for them to pay for it without outside help. Often this help comes out of her own meager $4,000/year paycheck.

It is because Milly has experienced the gale storms herself that she’s tremendously motivated to be a refuge from their gale storms.

Battered by more storms, but hope!

These past few years, Kingsway has itself been battered by storms — by the COVID shutdown that devastated Uganda’s economy and a record-breaking drought that caused prices to skyrocket last year. When Milly told me this, I booked a ticket to Uganda to take pictures and spent much of last year making a website to help get the word out and to raise funds to help build a girl’s dorm that the government requires.

What’s been wonderful is that many of you concerned readers and friends have contributed to this need. As of now, over $20,000 has been raised, enough to get the lower floor of the dorm mostly done. Even though the upper floor is not done, they can soon let the girls move in, which will meet the government’s demands. Hooray!! (More details here.) 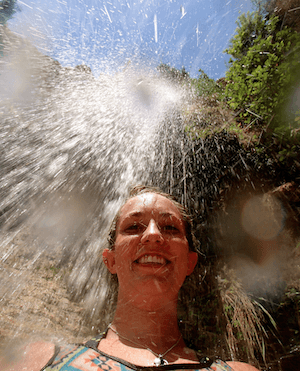 Lord willing, they will begin building right after Christmas! Please pray for them, that the Lord blesses the building process, and that the new building will give loving shelter to many.

Most of us live in places where we have no way to help the poorest people on the planet. But through Milly’s ministry, my readers and I have been able to be bubbling brooks in the desert and shady rocks in a languishing land to children we’ve never met! Maybe we will meet them someday, in the world to come.

Those of you who haven’t yet gotten to be bubbling brooks are welcome to join us! Visit Kingsway’s website to learn more.

Some articles with insights from Milly include:

Learning to Read my Bible through Ancient Eyes: Rain and Sacrifice
Levirate Marriage: An African Perspective
Was the Law of the Rebellious Son Actually Progressive?

Milly and I also went to the Society for Biblical Literature meeting this fall, where she spoke on African circumcision customs and ideas and how they might relate to the strange story of Zipporah’s circumcision of Moses son in Exodus 4:24-26. (Read more here.)