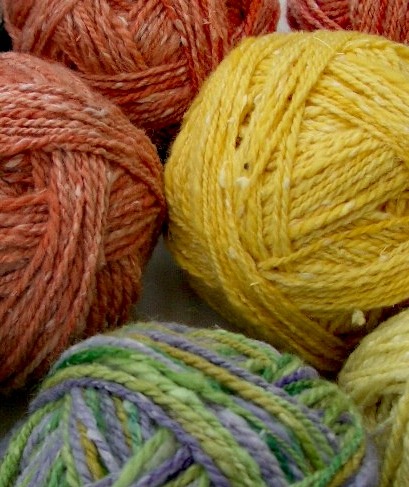 Most Christians would agree — the levitical law that wins the prize for weird is Deuteronomy 22:11:

“Do not wear clothes of wool and linen woven together.”

Why on earth did God make such an odd prohibition? I used to roll my eyes at this one.

In its ancient context, though, the law had a perfectly logical reasoning. Both the priestly garments and the tabernacle weavings were a combination of wool and linen. The priest’s white undergarment was linen, and the brightly colored vestment was wool. So it was prohibited for laypersons to dress in the same way.

Other prohibited mixtures had the same rationale. For instance, no one but the priests could blend together aromatic spices to make the combination used in anointing oil (Exodus 30:33). The distinctive fragrance would mark whatever it anointed as holy, set apart for God’s special purposes.

Why? Because the Israelites were fresh from a polytheistic world and still half-convinced that pagan gods would answer their prayers. They were strongly tempted to set up their own private D-I-Y shrine to offer a few sacrifices on the side. So they were barred from duplicating certain items used in worship.

We actually have similar laws today. Did you realize that it’s illegal to dress up in a badge and a uniform to impersonate a police officer? The police are authorized to stop a car, break down a door, or handcuff a person — things no one else may do. In the same way, God had given priests the authority to lead worship in his Holy Presence, and they had to be noticeably different from everyone else.

The Tension of the Tzitzit

It may surprise you, then, that the tassels that the Israelites were commanded to wear violate the command against wool and linen mixtures. God told Israel to put tassels (tzitzit – “ZEET-zeet”) on the corners of their garments in Numbers 15:38. One of the strands was dyed with tekhelet, the blue dye that was used in the high priest’s robe and the tabernacle covering. Wearing tassels was a sign of nobility, and the blue dye suggested priestly status. Jacob Milgrom, the eminent Jewish scholar notes:

In antiquity, the tzitzit (and the hem) was the insignia of authority, high breeding and nobility. By adding the blue woolen cord to the tzitzit, the Torah combined nobility with priesthood: Israel is not to rule man but to serve God. Furthermore, tzitzit is not restricted to Israel’s leaders, be they kings, rabbis or scholars. It is the uniform of all Israel. (1)

Milgrom also points out that in the first century, tassels were actually made from a wool-linen mixture, even though that violated the code against mixing the two fibers. In The JPS Torah Commentary on Numbers, he explains that this was quite deliberate:

“What is there about the tzitzit that would remind its wearer of holiness? The earliest rabbinic sources, perhaps dating back to biblical days, taught that the tzitzit are sha‘atnez, a mixture of wool and linen. In fact white linen cords and dyed woolen cords were found in the Bar Kockba caves, proving that the rabbinic teaching was actually observed. Sha‘atnez is forbidden because it is a holy mixture, reserved exclusively for priests and forbidden to nonpriests. …Thus the tzitzit, according to the rabbis, are modeled after a priestly garment that is taboo for the rest of Israel!” (2)

The reason that Israelites wore wool and linen together in the tzitzit was because they realized its message. God’s goal was that they would be a “nation of priests” — representing the true God in how he wanted the world to live. Every person was to have this mark of priesthood. In their tassels, they were all priests, even if they were prohibited from imitating them otherwise.

If you think about it, there’s a tension here. Everyone is supposed to be a priest, and yet some were set apart from all the rest. That doesn’t seem very fair. In fact, when Korah led a rebellion against Moses, being a “nation of priests” was what he based his argument on. Numbers 16:3 says,

“You have gone too far! The whole community is holy, every one of them, and the LORD is with them. Why then do you set yourselves above the LORD’s assembly?”

They had taken their tassels seriously and realized that they were ALL priests. And to them, being priestly meant that no one could give them orders, since they all had the same status in God’s eyes. How dare Moses take charge! (3)

As I read Korah’s words, I have to admit that at first glance, he sounds like he has a good point. Aren’t we all equal God’s sight? Aren’t we all special in his eyes? Equality is fundamental to the way we see the world today. How dare anyone tell us they are in authority! Korah sounds like he lives in modern America – he has the spirit of this age.

We can hardly imagine that God would disagree with our love of democracy. And yet, God set up a system where people had to live with the tension that every person was to see himself as representative for God, yet must yield to the authority of a priestly leadership.

Hmmm… how can we learn from the tension God put in place about being between priestly and non-priestly? You’re welcome to share your thoughts below. 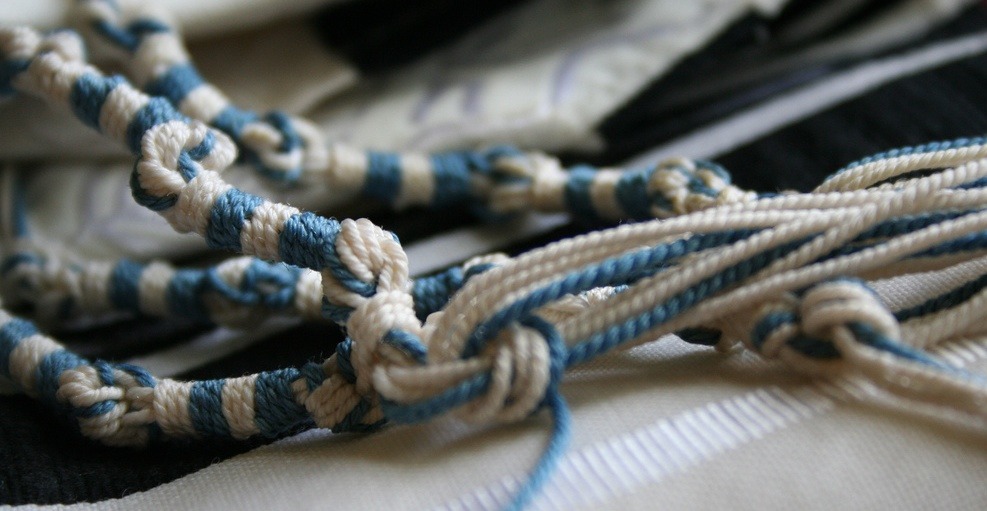 (2) From the JPS Torah Commentary on Numbers by Jacob Milgrom, New York: Jewish Publication Society, p 203. The laws against mixing wool and linen are still observed by Orthodox Jews today. The blue dye became so expensive after the first century that it was not required. Nowadays, tzitzit are not made of wool-linen mixtures either.

(3) One interesting rabbinic tale was that Korah’s wife was particularly insulted that the tzitzit only included one blue woolen strand. She accused Moses of lying when he gave the commandment, because she was sure that God said that the tzitzit should be all blue, not just a little bit!